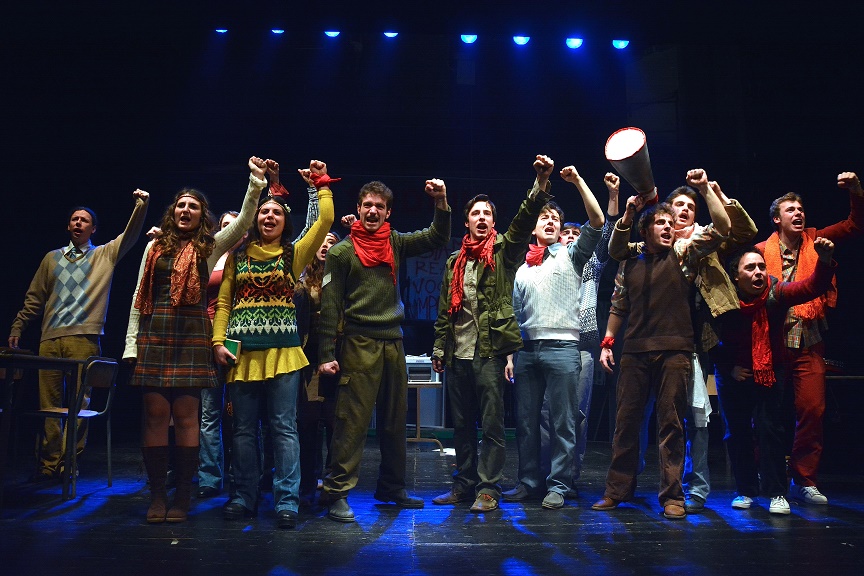 ” The best nights ” is a comedy staged for the first time in 2007 and has since revived several times in Milan and Rome. Lately it was staged from March 22 to April 3 at the Teatro Cometa. The play tells the story of an occupation of a Roman high school in December 12, 1969. The author, Gianni Clementi, always attentive to represent with lively irony social changes and lifestyle in the lives of ordinary people, in this script enacts a choral portrait about the ideals and hopes of a generation, the eve of a tragic event that soon would change everything: the massacre of Piazza Fontana. In the second part of the play we find an occupation in the same school more than 30 years later, in which the protagonists are just the children of those young people who in ’69 had occupied for the first time . The society has changed and even the younger generation are very different from previous ones.
So while the first part of the young occupants of ’69 singing “Comandante Che Guevara” by Carlos Puebla with fist raised firmly believing to be involved in a real revolution, their employment today’s children are dancing to the tune of the same song as if they were doing a group dance to a “salsa” party. A decision on the part of the director and author that is particularly effective in demonstrating how the myths of ’68 have been emptied of any ideological connotation. Also, while the young protagonists of the first part collide with the authority of the fathers, and of adults and must defend against a constant and real threat of eviction by riot police, their children haven’t certainly these concerns: the eviction threat is unlikely and their nightly coverage is interrupted only by the calls of apprehensive parents. From the story of the children we learn what happened to their parents who dreamed of a different society. All have turned away from the ideals of youth, someone got into trouble, someone died. What remains then of the “beautiful nights”? Perhaps only the memory of the unforgettable emotions and youth, full of opportunities, seized or lost. 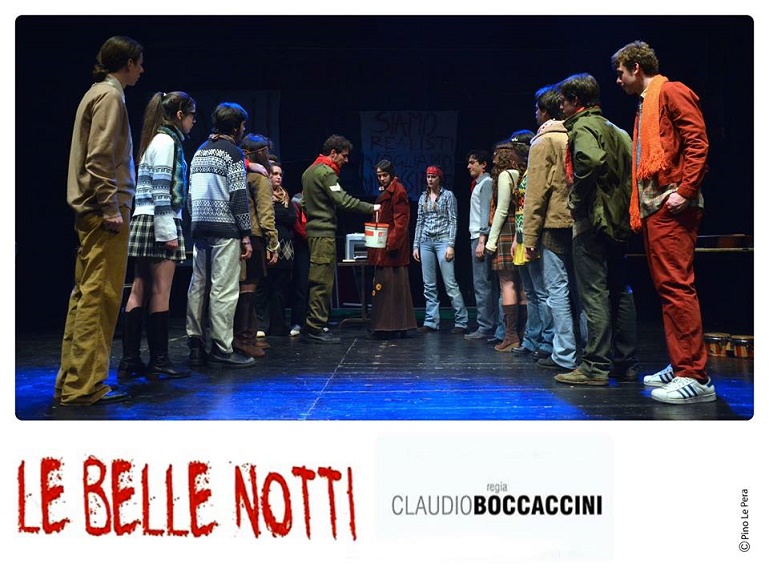 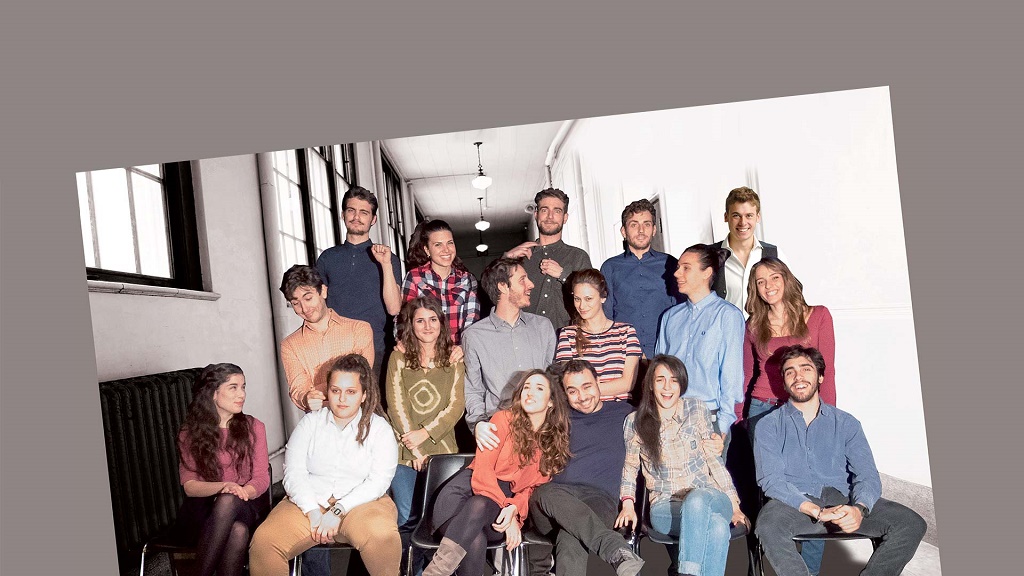 The young actors have given voice and soul to aspirations, emotions and ways of being of two generations of young people belonging to two now worlds apart from each other , but they made for intense and vibrant way the anxiety of change and the ability to dream that unites all the characters, yesterday and today young peole. It leaves the theater with the desire to return to have twenty years to relive the ” beautiful nights ” that will never come again . 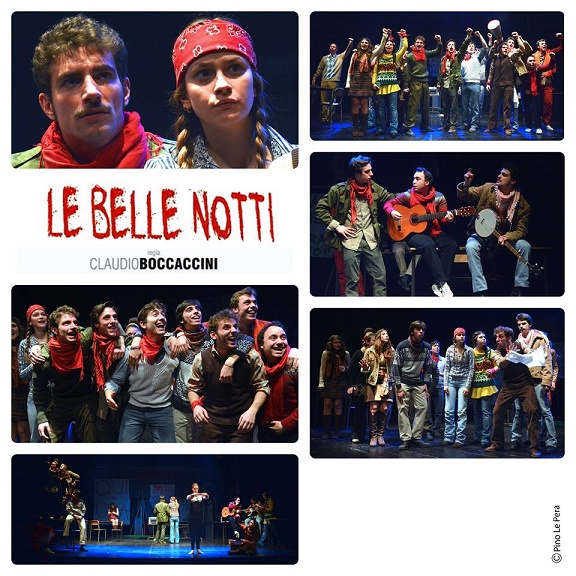