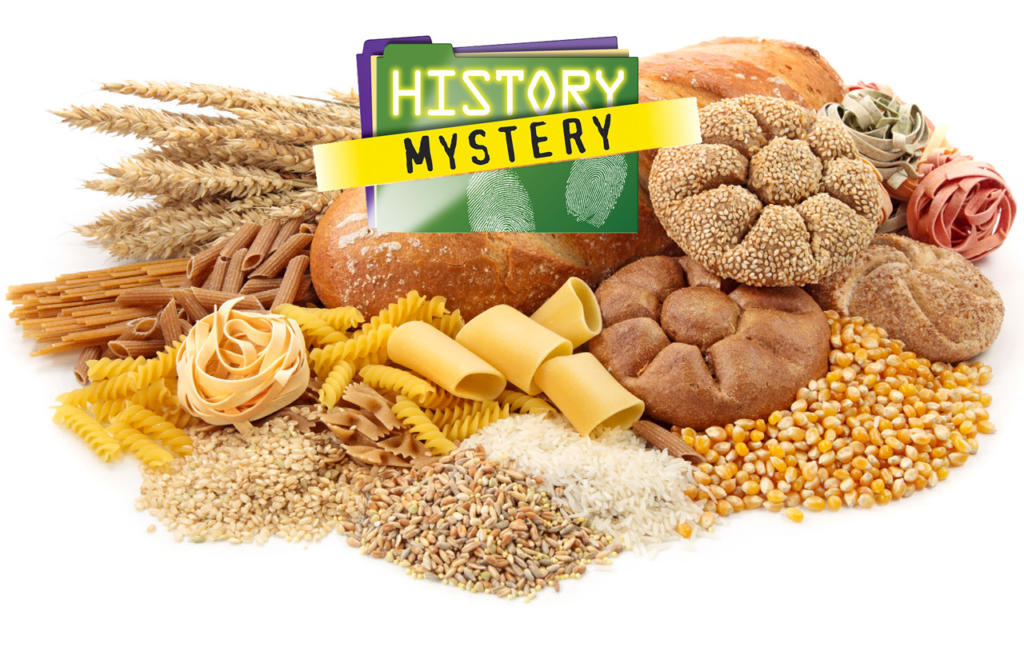 Grains are major part of most diets all over the world. The most important reason for this high rate of their popularity is that grains are easy to storage, in comparison with fruits and vegetables. However now almost every kind of fruit or vegetables can be stored thanks to technology, but in the past centuries, the food storage was much more difficult. So, people have been habituated to use grains almost everyday, and this habits continued generation by generation.
However, it does not necessary means grains are compatible with our digestive system. Humans around the world have many types of diseases, which have direct relation with what they eat. So, to find the root of diseases, it is not possible to skip the foods consumed by humans.
Nowadays, many experts and researchers in different diets, claimed that grains are not very beneficial for us as we have thought before, while others praise the benefits of grains and thus, it became one of the most controversial beliefs in the field of nutrition.
One of the interesting points about this subject is that the people who believe in a grain-free diet are from different lifestyles. Some of them believe in Paleo diet, some are vegetarian, some are raw vegans and finally, almost all Fruitarians believe in a grain-free diet. So however these people have very different opinions about nutrition, but at least, all them have the same position regarding to grains; that it is not natural and suitable food for us.

Here I tried to clarify the subject in all dimensions. 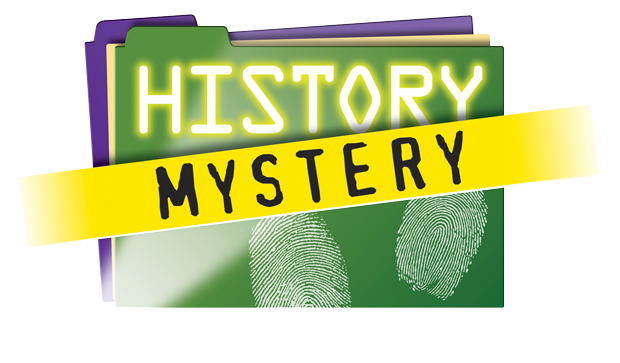 According to history:
The History tells us that human being is existed for about 1 million years, but regular grain consumption has begun to be used by human about 10,000 years ago by most estimates. So it is another clue which shows us that grain is not our natural food, and most probably human has started to use grain when he did not have any access to his natural foods.

Natural Instinct Taste bud
If we lose in a jungle while we don’t know any of the plants in that jungle and don’t have any information about them, the first and the easiest ability that we have to know what is good for us to eat, is to pick a very little amount of that herb and taste it. If it doesn’t taste and smells good, so it is not natural food for us, and this is the exact case about grains.
Except corn which have a sweet taste when it is raw and fresh, we have to cook other grains or mix them with other foods (or both ways) to become tasty. So regardless to different opinions and regardless to damages or benefits of cooking and mixing foods, the very obvious point is that we dislike to eat raw grains, because our natural instinct only loves natural foods for us. So, in this instinct dimention, at least most of grains are not natural for us.

What Nutrition Science Says?
In scientific views, it is recommended to not eat high amount of starch and protein at the same time, simply because the enzyme of protein (protease) is acidic, while the enzyme of starch (amylase) is alkaline, and when we eat them together in a high quantity (such as eating beans with bread), their enzymes neutralize each other, thus the food will remain in our stomach for quite more time, therefore it will putrefy. This leads to producing alcohol, a very harmful substance for body while it is very addictive as well. But another problem is that grains contain too much protein and starch by themselves solely, and for this reason, grains are very hard to digest even if they eaten without mixing with anything else. 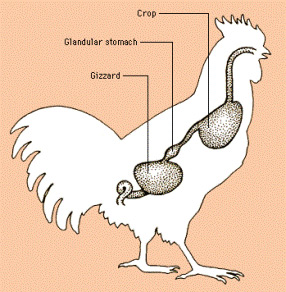 The birds that are grain and seed-eaters, have a crop and gizzard, which help them to digest grains easily with the small stones they eat. Humans don’t so therefore grains are not natural foods for human.

Main Reasons to avoid grains
1. A High Glycemic Index:
According to Dictionary.com the glycemic index is a system that ranks foods by the speeds at which their carbohydrates are converted into glucose in the body; or to put it more simply, a measurement of the effects of foods on blood-sugar level. All grains rank high on the index, meaning they raise blood sugar quickly as opposed to a slow sustained release of sugar. High blood sugar level is linked to a multitude of chronic diseases.1

2. Mycotoxins:
Mycotoxins are poisonous substances produced by fungi which grow in yeast and mold. Grains contain mycotoxins and these toxins are linked to numerous diseases.2

3. Acid-Forming:
Our body is naturally alkaline. To remain alkaline we require the majority of our foods to be in alkaline-forming. Grains are acid-forming and acidifying our body, leading the calcium to leave our body through the urine and will increase risk of osteoporosis. When our body becomes too acidic, acidosis sets in and will cause many health concerns.3

4. Overgrowth of Unfriendly Bacteria in the Gut:
By consuming grains on a daily bases, a great amount of sugar gets produced in our body which feeds the unfriendly bacteria in our intestinal tract. 4

7. Inhibits Mineral Absorption:
Phytates which exist in the grains bond chemically with iron, zinc, copper and calcium and blocking their absorption during the digestion process.5

8. Acrylamide:
When we heat up some sort of starches such as grains, a chemical substance gets created called: Acrylamide which is an acidic complex. Baking bread is a good example. Acrylamide is very dangerous and it can cause different digestive cancers, mental diseases, infertility and sexual disorders. Acrylamide has been found to increase the risk of several types of cancer when given to lab animals.

The American Cancer Society said Acrylamide has: “probably always been present in some foods, but this wasn’t known until Swedish scientists first found it in certain foods in 2002.”6
Acrylamide can be 100 times more dangerous than other toxins in foods. This toxic chemical material can cause cancer, infections, impotence and damage to the nervous system.
For more information about the dangers of Acrylamide here are some credible and official references:

9. Glutinous proteins:
Glutinous proteins are found in grains. These harmful proteins which exist in grains cause unbearable food allergies and sensitivities.
Gluten is the main structural protein found in all forms of wheat as well as some grains. This sticky protein has no nutritional benefit for our bodies and just puts extra pressure on our digestive system.
When gluten is cooked it produces mucus which provides a suitable environment for harmful bacteria, fungi and microbes to breed. This is the main cause of a common cold, because our body is forced to get rid of this harmful mucus.7
Some people have a gluten intolerance (for example people with celiac disease) and there is no treatment for them except a gluten-free diet, which could be part of a healthy diet for everyone.

10. Celiac Disease:
Celiac disease is a genetic autoimmune disease affecting the small intestine. It may be triggered by using great amount of grains early in life. Celiac disease causes great distress to the immune system and can be life-threatening. The only “cure” for celiac disease is to completely avoid gluten.

What should we do now?
Now many people may become confused and say: “But we already heard that grains are very beneficial for our body, as they contain protein, etc.”
My answer is:
Yes, I didn’t claim that grains are pure toxins and will kill us immediately!
If we want to seek the truth, we should not follow ignorance. The main problem with the grain advocates is that they don’t mention to the dark side of grains, as much as I didn’t feel there’s need to point the beneficial parts of using grains as it is already done several times by grain lovers!
So, to be realistic, however grains could have some benefits for body, but now we know that they contain some harmful substances for our body as well. So as a result, at least we can reduce using them. It is not very logical to eat grains everyday, specially if we have access to different fruits and vegetables. By increasing the amount of fruits and vegetables in our diet, we can have a healthier and more energetic body.
The next step is to choose the healthier gluten-free or low-gluten grains, such as non-GMO corn or rice, which usually taste very better than wheat and oat. Wheat have most glutens between grains, and bread contains much more acrylamide in comparison with other starch when they cook, because bread cook in direct contact with fire and heat, which leads to produce brown/black points on it. Why such an unhealthy food should be part of our daily life?
And the final and best step is to use grains in sprouted state (whether raw or cooked), because sprouting make them easier to digest so our body can extract more nutrients from sprouts8. Also Sprouts are very cheap and economic, so this can be practical even for poor people.
So, totally, there is no excuse to change your diet!

Moein Ghahremani Nejad is an independent raw vegan researcher and author of Rethink Your Diet (www.RethinkYourDiet.com).
He became a vegan in 2011 and after that, he continued to research about different diets including vegetarianism, raw foods and healthy
lifestyles.
He is trying to help others to become conscious about what they eat
and the effects of it on their health, their life and the planet.

Moein Ghahremani Nejad is a raw vegan author and an activist. Originally from Iran, he currently lives in Malaysia and is actively connected with people all around the world, spreading the raw food message and helping people to succeed in following a healthy diet, whether vegan, raw foodist or otherwise. He runs websites and has published books in both English and Persian.

www.rethinkyourdiet.com/
One comment to “The reasons for avoiding food grain”