The birth of “panettone”, sinks its origins in the distant Middle Ages, when under the Sforza court, they tried to invent a more elaborate and valuable bread, as a gift of the rulers to their subjects, on the occasion of Christmas, using flour from before quality, butter, eggs and raisins, came out the famous Italian panettone, from the shape a bit ‘more’ squat and compact than that of our days, until 1919, when Mr. Angelo Motta, baker and confectioner in Milan, did not introduce the method of natural leavening, from which came out the panettone we all know, taller, softer and with raisins and candied fruit! Panettone Motta was therefore the first Italian brand to make famous and launch the classic Christmas panettone! 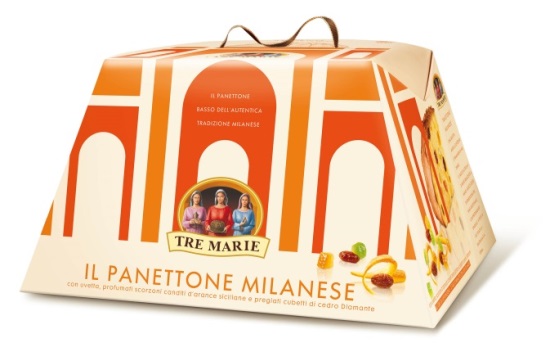 Among the most popular brands, we can mention the Tre Marie, a confectionery company in Milan, which offers a panettone of excellent quality and that for this Christmas presents an unpublished Pandoro called “Il Magnifico“. One of the secrets of this panettone is the choice of the absolute excellence of butter: the precious French AOP Charentes-Poitou butter. The soft and delicate paste melts gently at the first taste, enhancing the taste rich in butter and its enveloping fragrance. As a final touch, a sprinkling of white powdered sugar!

Another quality brand is the Panettone Duca D’Alba, of Genoa, which makes traditional panettone using strictly sourdough flour and that this year presents on the market, an absolute novelty: panettone with extra virgin olive oil olive! Where instead of the butter is used extra virgin Italian olive oil, which gives the panettone a softness never tried and a pleasantly light and delicious taste!

In Naples instead we find the artisan Panettone of Vincenzo Bellavia, whose birth dates back to 1925 and offers a range of traditional panettone and some original, such as the one with pears and chocolate, or the passito of Pantelleria…

But how can we orient ourselves to choose the best Christmas panettone, made with quality products and with the traditional methods of Italian pastry?
To be on the safe side, we relied on the choice of the ideal Christmas Panettone, to one of the most famous confectioners and chefs of Sardinian origin, we are talking about Samuel Sini.

Samuel has created a panettone of craftsmanship, which bears his name: SA MADRIGHE, that means “yeast base (or natural starter)” in Sardinian language. This is also the name of its famous and exclusive restaurant in Sardinia in Sassari, in via Milano 5. 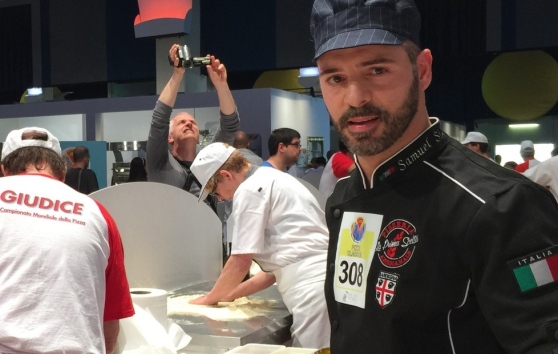 1) Hello Samuel, help us immediately to delve into the world of panettone… According to what requirements should a panettone be chosen?
From experience I can say that the choice always depends on the customer and his taste. In this sense there are no more valid selection criteria than others. But I noticed that, in recent times, the customer tends to prefer a panettone crafted rather than a product made with brewer’s yeast. It is not a fashion: I think it’s more a guarantee request, a protection also at the level of food and health

2) Which are, in your opinion, the best Italian panettone on the market and why?
Personally I think they are just those craft, although much depends on the way they are made. Sometimes it happens to read “craft product” and, in the same label, a six-month deadline: very difficult that a panettone can last so long if done by hand without preservatives and anti-mold. Among other things it becomes even more improbable if it is claimed that the panettone was made with sourdough 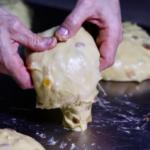 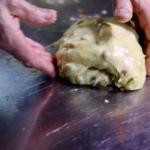 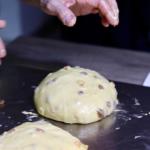 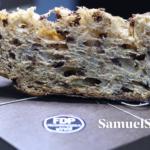 3) What’s your secret to create a good panettone?
This is a question that is often asked me about pizza, my great passion and work. Actually, I think that secrets in themselves do not exist. I believe that the real secret, if we can call it that, is the experience of the person: an added value, compared to the basic procedures, that no one can teach. I say this after attending, about pizzas, several training schools that provide different steps and courses of updating the university of pizza. Working in contact with teachers and art masters

4) Your recipe for creating a homemade panettone?
In short, it can be said that the main ingredient is mother yeast, a strong flour with a double v (W). The Double W is, in fact, the strength index of the flour that indicates a higher protein content of the flour itself. Here, in making the first leavened need strong flours, butter, which plays a fundamental role and still, vanilla, candied fruit and sultanas. This is true for the classic panettone. If you then go on stuffed then you can space with chocolate, cherries, pralines, and according to taste.

5) You create valuable panettone using top quality ingredients that bear your signature. Where can they be found and how can they be bought?
Yes, I usually prefer to prepare the ingredients for my work. I also use natural vanilla berries and not the usual compound flavors where chemical ingredients are instead present. I personally take care of the extraction of the aromatic part of the vanilla from the inside; as well as I realize the candied peel to add to the dough. Sometimes, however, I buy directly from suppliers I know, trustworthy, that I know how they work and that they produce, by hand, the ingredients they need.

6) How long does a panettone last, in order to maintain all its characteristics, flavor and consistency?
The duration of a panettone craft can be variable between one and two months, on average I would say a month and a half. The doves I prepared for Easter lasted to last three months, naturally without mold formation inside. This is because yeast helps to slow down the formation of molds, something that does not happen with brewer’s yeast (on the contrary, it accelerates the formation of mold)

7) Abroad all try to imitate our panettone but no one has managed to recreate the original Italian panettone! Why do you think?
They are two different products. Not to be presumptuous but, very often, these imitations are just such and present different flaws lacking in flavor, structure and other elements. Of course, then, we return to the discourse that is the customer, with his taste, to decree or not the success of a product. And if the customer is used to a certain flavor and a certain type will mainly seek that.

8) Do you recommend more the traditional or stuffed panettone?
Without a doubt the traditional one because it is the classic par excellence, characterized by the aromas of candied fruit and raisins. The more ingredients there are, the more you cover the original aroma of the panettone.

9) Do you recommend a wine or a liqueur that can be combined with panettone for the Christmas holidays?
They often ask me for passito wine, which is always associated with dessert. I always suggest liqueur wines produced in Sardinia. Sometimes even a good myrtle.

10) The essential difference between a panettone and a pandoro?
Surely the structure. Pandoro does not have the alveoli showing the panettone. It has a much denser alveolation and does not have inside the ingredients that characterize the panettone (candied fruit and sultanas) 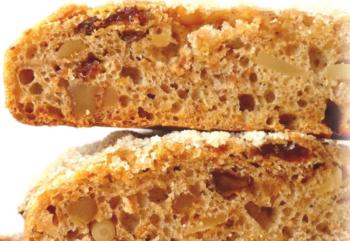 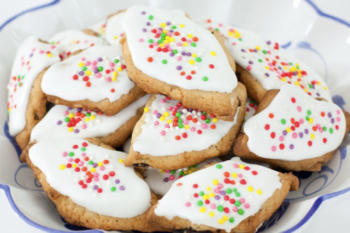 11) Are there any other traditional Christmas sweets in Sardinia? What are they?
There are several, even depending on the areas of the island that we consider. The most common and widespread, however, are the papassini, small biscuits very tasty and the many variations, which contain raisins, dried fruit and are covered with a white icing of sugar. Or cozzula, easy to find in the hinterland of Sassari, which is a dark, sweet and crushed bread, baked in the oven with sugar and raisins.

12) For us Italians it is not Christmas if under the tree there is no panettone… why?
Where does this tradition originate from? That tree or that of the panettone? Joke! Panettone is a cake now traditionally associated with Christmas even if, especially abroad, it is consumed throughout the year. In countries like China and Japan it is a very popular import product. As for his origins, well, there are plenty of legends that tell how he was born.From those who want him improvised for a lunch at the court of Ludovico il Moro to those who see him born in more popular environments. A common point to all is that the main ingredients are really of humble origin. But the panettone has a special charm. I myself remember that as a child, living in a large family and having to always divide this cake into many slices, I wanted the moment when I would be able to have one whole thing for myself. Today I’m here in my lab to make them for my clients!