The Rooms of Casa Vuota in Roma until the 31 of March – is transformed into a seabed where the public can walk, on the occasion of the personal exhibition MAR NERO by Massimo Ruiu, edited by Francesco Paolo Del Re and Sabino de Nichilo. the domestic exhibition space is in Via Maia 12 in Rome.

The sea with its black double bottom, full of unspoken and forgotten stories. An old radio looking for dead frequencies that make a lost surf re-echo. The song of fish in memory of those at sea has been lost.

A shadow that calls us, incessantly. These are the elements of a fascinating exhibition!! Don’t missing!!!

Massimo Ruiu sets his marine evocations between the walls of the small Kunsthalle tuscolana and develops a personal project in the enclosure of a temporarily uninhabited apartment, which disrupts the routes and crossings of the imaginary dimension that lies above and below the waves. In an attempt of intimate and almost whispered dialogue, he turns to the spectator inviting him to look into the black sea double, to tune to the lost frequency waves that an old radio can still capture, to listen to the stories of those in the sea crossing it is lost, catching the echoes entrusted to the silent words of the fish. 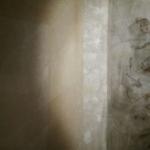 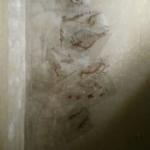 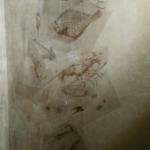 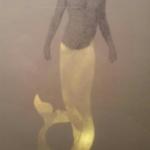 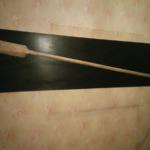 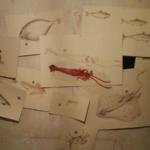 Interview with the artist Romano Massimo Ruiu for his personal exhibition in Rome:

1) Maximum tell us about yourself, your first approach to art? When did you start exploring? I think everyone has the propensity for a language, the visual one, expressed through drawing has always been my favorite language since childhood.

2) What can you tell us about your next personal show, BLACK SEA?

Marnero is the new chapter of a cycle of works that since 2000 (with the exhibitions SECONDO TEMPO foundation Pascali, DOUBLE MARE study Fedele Monopoli and THE WORDS ILLUMINATE DEI PESCI lookout of the marina of Giovinazzo and MARE DI LACRIME 2016 foundation Pascali in Polignano) investigate, through a narrative principle, issues related to the meaning of our existence, and the impossibility of delivering to the history the vital beauty of so many stories pertinent to the lives of individual human beings.

The sea is the place where the gaze runs free to get lost in the horizon capable of accommodating the imagination. Looking towards the open sea, I can free myself from the constraints of space, I could be anywhere in the world and in time. Under its surface, in the silent and dark depths I can explore a sea that turns into consciousness.

A sea full of abandoned stories, why?

Precisely because of its characteristics of place devoid of spatial and temporal references, the sea represents oblivion able to subtract from our history the life of those who are lost in this. Fish, silent observers, in my narrative are depositaries and witnesses of stories that can not deliver to our history.

What do you decide to leave to your audience? What real sensations?

My works through emotional suggestions try to open paths in the conscience of the spectators and to do so I try never to be peremptory but I offer the viewer the possibility of interpreting consonant with his own experience. 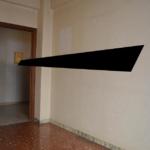 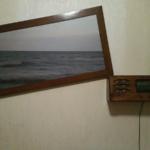 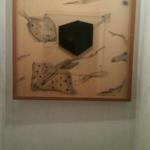 Can you describe your artist-like day? how do you work? I watch a lot, I listen to people, I sometimes look in the mirror and see a lot of films.

Today’s man is lost … how important is the past? the past serves not to repeat the same mistakes

A hole in the memory of time … how to recover it? The lost things are not recovered … but it is important to know, define the boundaries of what we have lost .. In short, having the awareness of what has been lost.

What influence does society have on you at this time? an artist can not be subtracted from his own time.

What is the most recent work you have done? AMATO MARE: a network that tries to bring the sea full of secrets, wonders and stories to the surface

Which artist of the past do you inspire? Or which one do you feel closest to? I am an art historian I love many artists of the past, I am inspired by everyone and nobody, I love the Pompeian frescoes, and I feel close to Montale and Calvino

How does the exhibition space influence the work, or not?

The experience of this exhibition at Casa Vuota is an intriguing challenge. The space consists of an apartment left as such and the next day the move of its last owners, the empty space through the dust, the stains and tears of the old wallpaper, the traces of locations with the imprints of the paintings and furniture on walls in reality is not empty but full of an incumbent experience … the challenge is to intercept the energy of this lived space and bring it, changing it, in the direction of my poetics.

Future projects and special dreams? What do you wish you have not done yet? I have no plans for the future I’m only interested in the present. But the future is around the corner … waiting for me.

“A toponym of the heart in revolt, an imagined place, a black hole of memory, the Black Sea”, writes Francesco Paolo Del Re. “A pool of sea that opens up in a condominium of the Quadraro. Its sunny salty reminiscences are mirrored in the opposite, in that shadow of absolute and unquestionable shadow that calls us as a bad conscience, as an unfulfilled duty to which to return, as a fear to which we can not escape … fear of disappearing, of be swallowed up by the black itself, by the ravenous sea that froths and calls us, on the wrong side, by the black hole of History that eats the minimal and plural stories, the daily stories of the poor cristi without glory, crumbling them into a veil of salty permanence, like the concentric circles that adorn the ephemeral crystallization of the puddles of the Apulia cliffs that Ruiu always wears sewn on him, like an acephalous and heroic identity metaphor “. 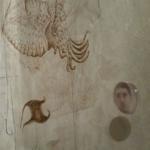 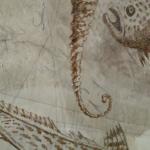 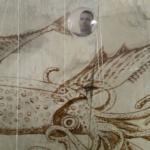 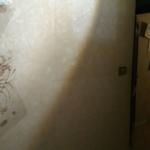 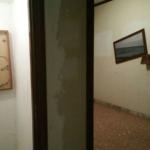 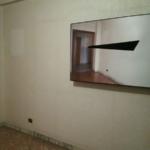 MASSIMO RUIU, artist – Born in San Severo (FG) in 1961, Massimo Ruiu (www.massimoruiu.it) graduated in History of Contemporary Art in Rome, a city where he still lives and works, and begins to exhibit in 1984. A constant of his artistic research is the poetic tension that focuses on themes related to the most intimate and profound needs of man. In his works there is always something that is not there: black holes in which the image implodes, non-events inside the event, words entrusted to the fish, books become ashes, in a proceeding through affirmative negatives. Among the most recent collectives, “Montezuma, Fontana, Mirko. The mosaic sculpture from its origins to today “at the MAR of Ravenna (2017),” Convivium “at the Pino Pascali Museum in Polignano a Mare (BA) (2016),” Mediterranean Atlas “at the Castle of Acaya (LE) (2016), “Atlante Palmieri” at Palazzo Palmieri in Monopoli (BA) and “La grande illusione” at the Temple Gallery in Rome (2014), “Il giardino segreto” at the Castello Svevo in Bari and “Home my place in the world” at the Palm Hall gallery of London (2012), “Puglia: Contemporary look” at the 54th Venice International Art Biennial (2011), “Intramoenia Extrart” at the Castello di Barletta (2009). Among their work, among others, critics and curators Antonio Arevalo, Paolo Balmas, Achille Bonito Oliva, Rosalba Branà, Lorenzo Canova, Carmelo Cipriani, Giusy Carroppo, Anna D’Elia, Manuela De Leonardis, Lia De Venere, Arianna Di Genova, Guglielmo Gigliotti, Lorenzo Madaro, Antonella Marino, Pietro Marino, Alfonso Panzetta, Gabriele Perretta.

CASA VUOTA (Empty House): the exhibition space was born in the Quadraro, suburbs south of Rome for decades in promise of gentrification, seems to preserve the same magic of the film, curated by Francesco Paolo Del Re and Sabino de Nichilo. A home environment that welcomes contemporary art exhibitions without betraying its identity. “No white walls or aseptic spaces but a suspended, worn place that boasts of its history and its scars. The idea of ​​suspension is one of the pivotal points from which the project moves. Nothing definitive or conclusive continuous, a phase of the life of the apartment that still keeps strong traces of the tenants who inhabited it from the 50s up to a few months ago. A sort of generational transition that goes hand in hand with the evolution of the Quadraro district. From suburban suburbs far from traditional tourist paths to a booming neighborhood where art has played a predominant role. Here stands MURo, an open-air museum dedicated to Street Art fully integrated into the territory, but also realities such as Off1c1na, Studio 54 and Spazio Y, places of integration and experimentation that have attracted a good number of artists to work in the neighborhood attracted by prices lower rents than other areas of Rome. A neighborhood with a significant history behind it, made of resistance – like forgetting the famous Quadrarian raid by the Germans in 1944 against the population of the neighborhood – but also a sense of belonging and a very deep community.

TITLE OF THE EXHIBITION: BLACK SEA

BY: Francesco Paolo Del Re and Sabino de Nichilo