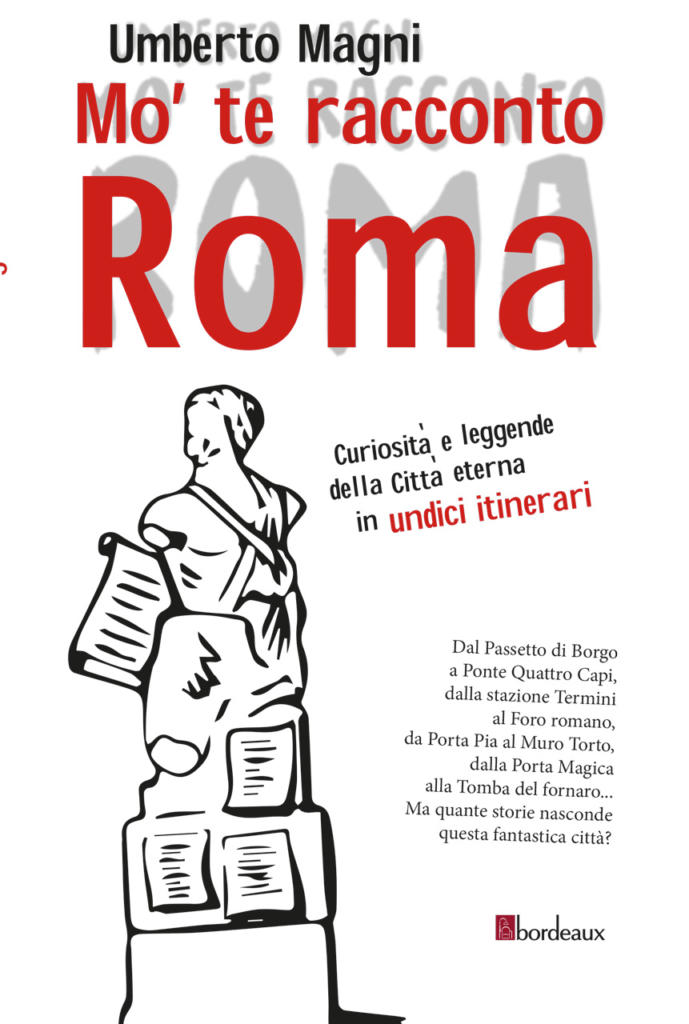 A new book on Rome is out, to be read in one breath under the umbrella during the next torrid summer or comfortably seated on the bus in the city.

“Mò te racconto Roma”, Ed. Bordeaux, is fun, carefree, suitable for both the curious and tourists, as well as fans of the legends of the Eternal City.

Written by Umberto Magni, Roman, architect and nephew of the famous director Gigi Magni, whom the same author defines the inspirer of the book, “Mò te racconto Roma” guides us on a path through the streets of the Center that goes from Borgo to the Roman Forum , from the Porta Magica to the Torma del Fornaro, from Ponte Quattro Capi to Porta Pia.

Interesting the choice to divide the stories of curiosities of Rome, in itineraries in turn divided into stages.

We find – for example – in the Sallustiano area, the stages with the story of the “vain monk” of S. Maria degli Angeli, of the “Porta Magica” in Piazza Vittorio, “the corpse trial” in San Giovanni in Laterano and other stories, or in the neighborhood Parione “the house that does not exist” in Via del Governo Vecchio, “the clock of the crazy hours” in Piazza Monte di Pietà, “the miracle of Pippo Bono” in Palazzo Massimo, and so on.

A text of over 100 exciting stories and narrated with lightness and with the typical ironic detachment of a Roman DOC.

To meet the author and participate in the presentation of the book, the appointment is from Feltrinelli in Via Appia Nuova, 427, June 5 at 18.00.