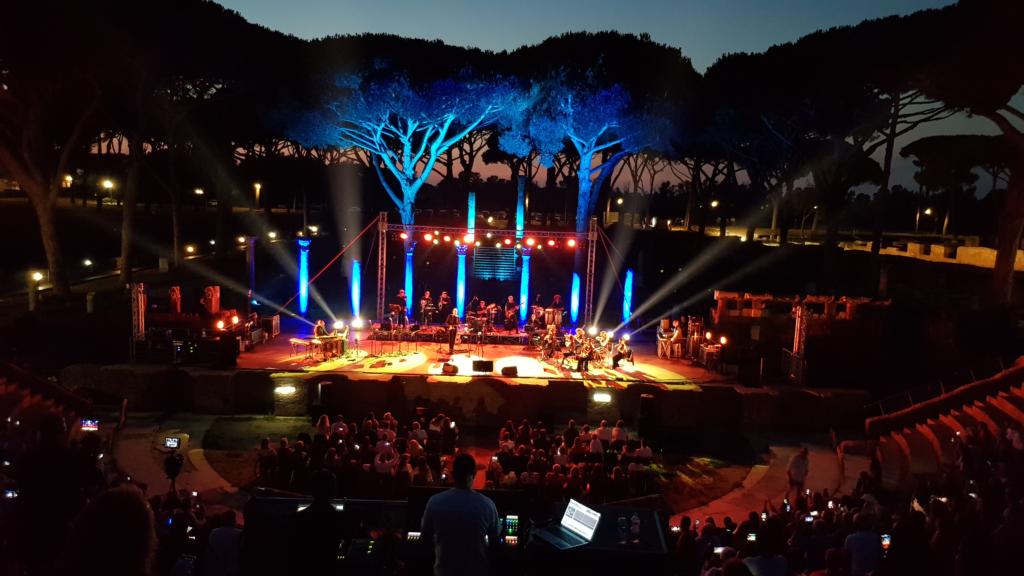 The 6th edition of the ANCIENT OSTIA FESTIVAL started on the 2nd of July with music, theatre, and magic in the “The Myth and the Dream” review at the Archeological Park of Ancient Ostia. The program is very varied and long, until September the 19th. I always suggest reaching the place some minutes before the show so that you can fully enjoy a unique view of ancient Rome at the sunset A place rich in history and poetry, but also with a romantic atmosphere.

This summer, on the stage music and fun through different genres with well-known artists like Popolizio, Max Giusti, Lillo and Greg, Paiella, Pennacchi, and other more who dedicate their arts to real myths of international music such as Battisti, Dalla, Pino Daniele, Califano e Berry White also in amazing orchestral groups.

“The Ancient Ostia Theatre comes back to bring music and fun. The 2021 summer season has an extraordinary program, that thanks to the various genres and well-known artists guarantees satisfaction to all kinds of audiences.  I promise everybody a safe shelter from the city heat, but the sea breeze after the sunset will give you also a little bit of cold. No more than 1000 people each night, a third of the effective capacity of the theatre and let’s hope it is the last tribute to the hated virus.”

After the siphonic and magical performance at the beginning of the season, some of the celebrative nights deserve special attention.

Completely sold out “LUCIO PIÙ LUCIO”, July the 21st, the Lucio Battisti and Lucio Dalla tribute, both born on March 1943, separate only from a few hours, without condition beloved by the audience. Protagonists the voices of Rosalia Misseri and Roberto Pambianchi, with the virtuous guitar by Giandomenico Anellino. 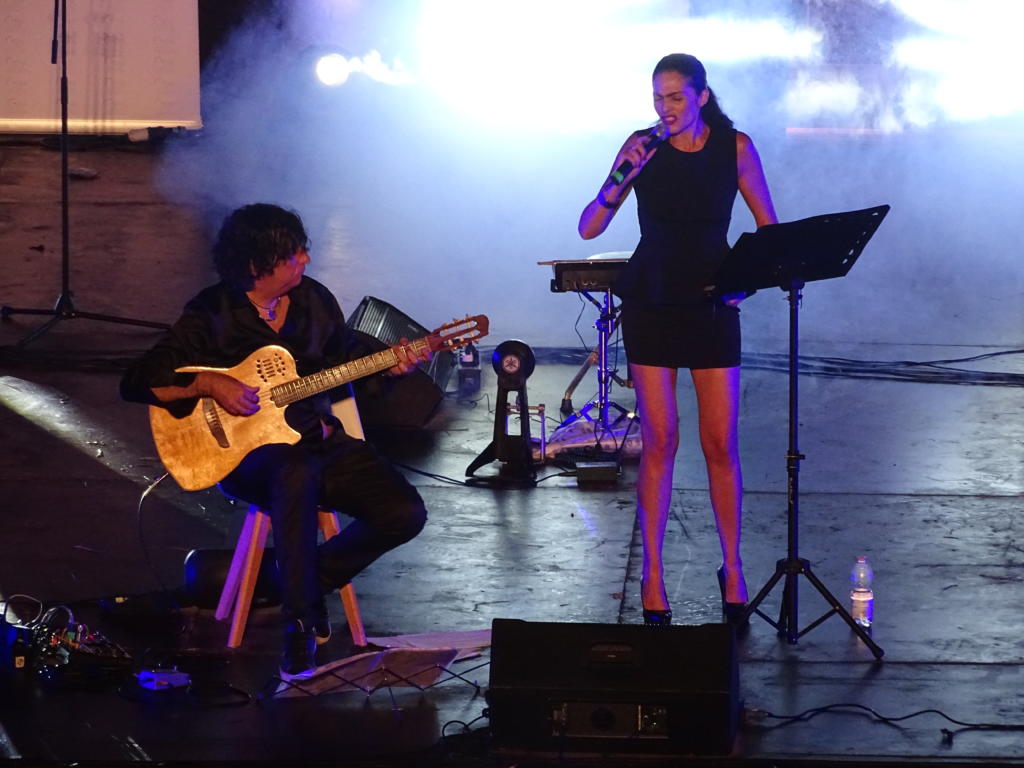 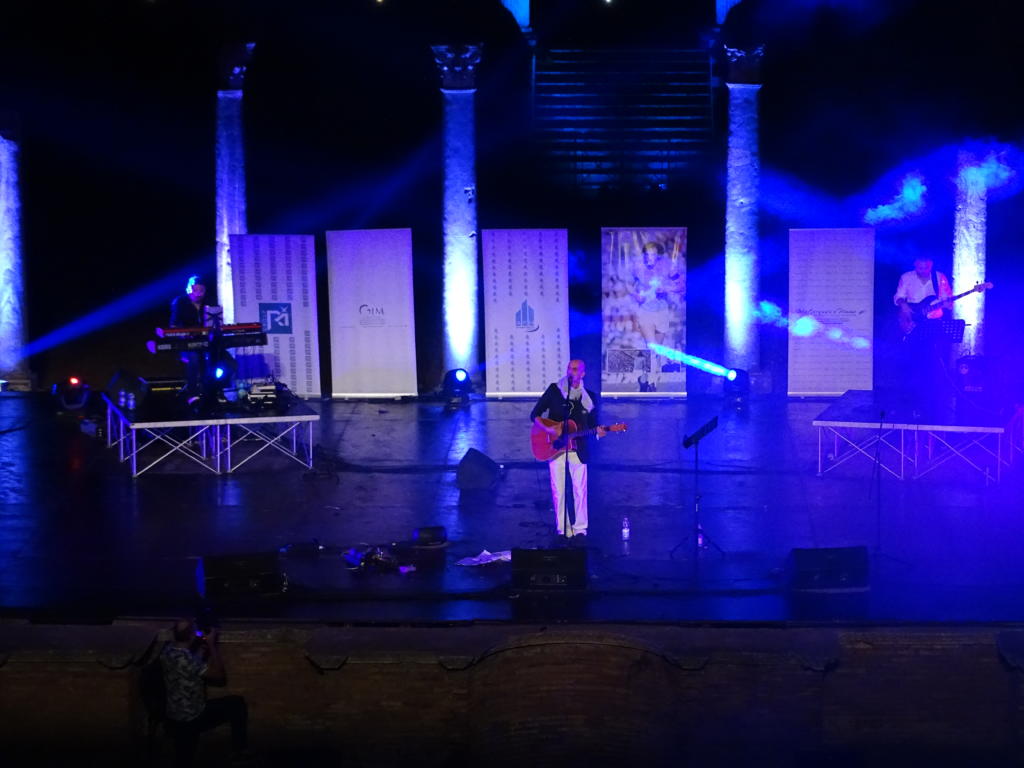 All the audience dancing on the 22nd of July  with “Frankie & Canthina Band in the “Barry White Tribute”. The celebration of the singer who received in his career 2 Grammy Award and sold more than 100 million discs. The historical band guided by Frankie Lovecchio was born in 1991 from musicians coming from different origins with – for the first time in Italy – the 70s and 80s Soul/Funky/Dance repertoire. On the stage, the big ensemble of 21 orchestral elements played successfully the biggest masterpieces of the American singer dead in 2003, under the musical direction of the pianist Massimo Idà. Special guest Vincenzo Capua. 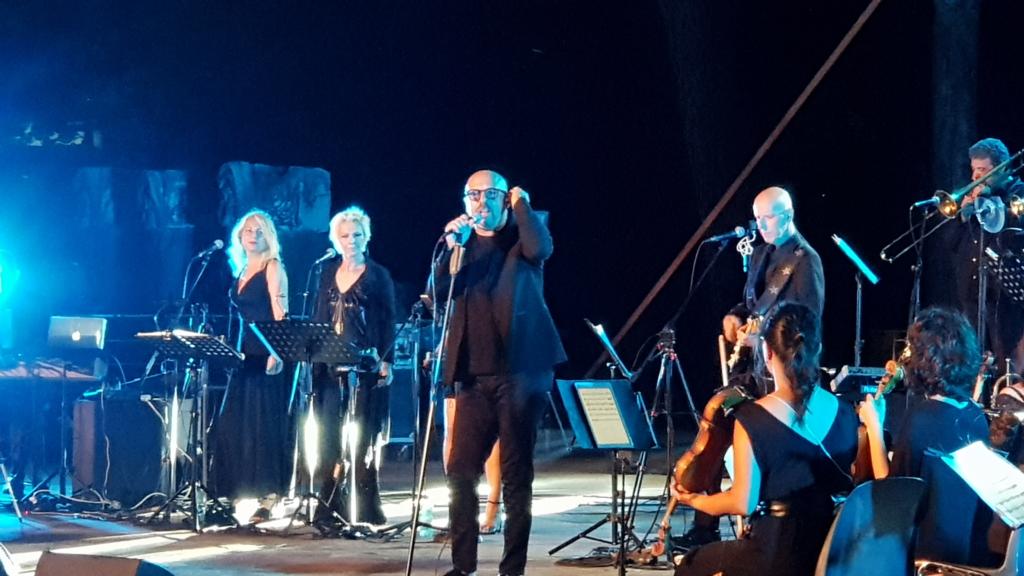 “PINO DANIELE OPERA” is the title of M° Paolo Raffone’ s musical project, friend and arranger of Pino Daniele, and of the singer Michele Simonelli, on  August, 8. A tribute event for Pino Daniele and his unforgettable melodies played by a camera ensemble of 11 musicians directed by Maestro Raffone.

Theatrical and comical shows will follow later on. Only to mention some of them: 1°August the 1st Massimo Popolizio, unmistakable and magnetic voice, among the most important Italian actors, he plays LA CADUTA DI TROIA, from the second book of Eneide. It is about hoaxes. The big horse, a Greek present, is moved into Troia, but it will become a death and destruction machine.

On September 3rd, Riccardo Rossi is on the stage with “W LE DONNE! – Tutte le donne della nostra vita”, the show written together with con Alberto Di Risio. The woman is the first person we know in the world! Men or women are the same: she is always the first person we meet. But female children grew up always linked to their mothers, while male children grew up always facing the human being who gave them life. Thanks to these meetings in his life, he has to do the only thing he avoided: to grew up.

Beginning time 9.15 p.m. (where any other time specified) 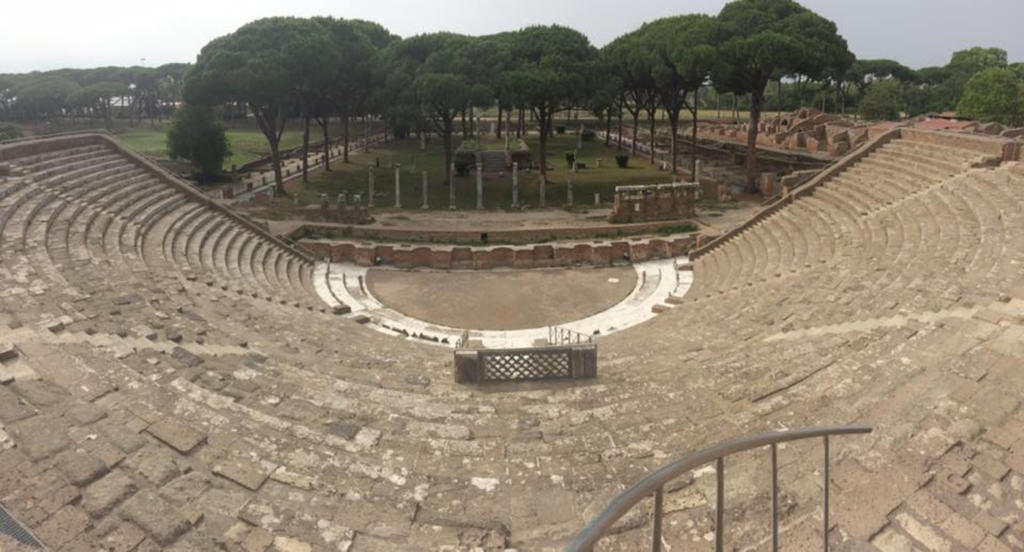