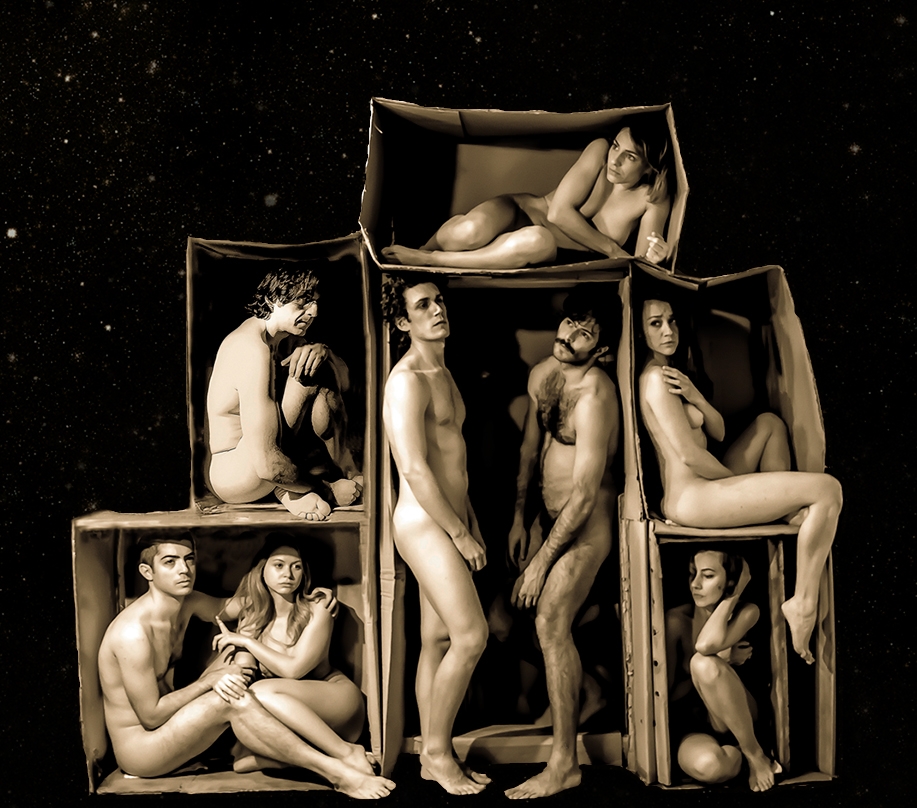 Eight actors for eight characters, half are men, the other women. Come on stage in rounds two, mixing and clashing like extraterrestrials on earth, lovers and strangers.
A boy has found that we are not alone in the universe, a man she loved another man, a woman sold her body without being a bitch. A husband loses his wife, a screenwriter his job and a young girl is in love. In couple games so difficult to meet, a psychologist tells his problems to his patient and so diversity becomes just a word used too often to blacken everything, because so nothing equals nothing. Love is not sex, love a man is not how to love a woman. Love each other can not be violence. And violence is not bliss. Yet life is too. Life is just that. A set of scenes fitted well with each other, projected on the background of blinding some ventured feeling; a feeling you sound, a picture breathes. Are scenes from soap opera, at the rate established by a show without end, a breath of life, and so be it. And even if no one dies, the death is there and scares. It goes hand in hand with life and the scale dreams. It ‘a damn disease, an alien who brings forth, a violent father who frightens most of the dark.
Here the solitude of words, in their daily effort to re-float the world, dragging out like a spit in a well articulated indecent sense of futility, that deplorable desire gained in recent times to stay at any cost in the margins, and not stain never beyond a regular dissatisfaction, a contagious reluctantly that continues to get hurt.
No one really dies if he lives in the hearts of those who remain. But then how do you die? How can you believe truly live if you can not die? Life was a soap opera, a puzzle is not solved, it would always be better than a passing train and never stops.
[codepeople-post-map]