Doors open in Rome May 9 to 10 in order to offer to tourists and not the opportunity to visit over 300 locations, from the center to the suburbs, including historic buildings, modern and contemporary of great architectural and historical-artistic, some usually inaccessible. 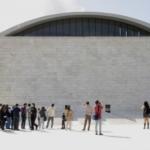 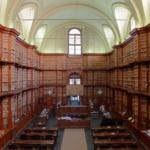 An opportunity that “helps to make the city a place available to the community” thanks to the fourth edition of Open House Rome, the international free every year involves 28 cities in the world and that will open again, in just one weekend, the doors more representative of the architecture of the city.

So construction sites, private houses, architectural firms will be animated by visitors and by a long series of events also present in some of the public spaces, which come alive, come alive and open only during this weekend. The courses organized in seven main areas divided into: Old Town, Flaminio- Parioli, Nomentano- Pietralata, Esquilino-San Lorenzo, Monteverde-Ostiense, Appio-San Giovanni, Eur-Corviale intend to propose an exploration of neighborhoods in the capital telling “the surprising stratification of historic architecture, modern and contemporary art of the Eternal City” also through visual arts, reading, music and cultural events of different genres.

Such as proposed in the study of lasituazione ACT (in Via Casilina, 5E) in the structure example of industrial recovery of the former pasta factory Pantanella District: Porta Maggiore – Rome south where, starting at 20, you will know ‘com’ you will know ‘com’ It is begun the adventure of independent radio in Italy.

To help us retrace the first steps of Linus, Abertino, Gerry Scotti – some of the famous names in the history of Italian radio communication – and all the great protagonists of the revolution is proposed RADIO FREE Al di Là Glass’ Basil Santoro, a performance media is drawn from the play adapted exclusively for this occasion organized in collaboration with U-FM WebRadio and with an exhibition curated by Valter Magnanti.

In the same area you can visit the PARK HOUSE ENERGY, the building whose history begins in 1925, “when the factory site CISA VISCOSA was built a shelter for the sons and daughters of the working class. With the “Agreement Pigneto”, in 2002 he starts the process for the construction of a multipurpose center, as the recovery of the former asylum. The design was entrusted to the architect U. Sasso, first in Italy to define the requirements of bio-architecture buildings. The structure, energy self-sufficient, is immersed in a historic Pinewood overlooking the lake and the ruins of the factory, industrial archeology. Will be viewed the original plans of the architectural work. ” 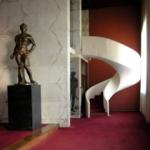 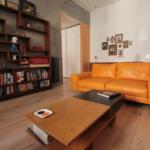 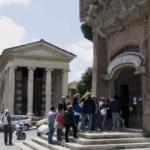 Going from Historic houses like that of Crescenzi aristocratic house in the center of Rome to modern housing and contemporary, like the one in the heart of Esquilino, a few steps from multiethnic Piazza Vittorio, the Casa di Goethe to that of Literature or of Theatre.

The routes and sites, many different, can be displayed on the page
Open House Roma event is promoted and organized by the Association Open City Rome, its partners and more than 400 volunteers including students, professors, architects and enthusiasts who each year ensure that the treasures of the capital could again prove to everyone.