The pasta and chickpeas of the Roman tradition originated from the ban imposed by the Church to eat meat on Friday in the Lenten period, also called “thin”. On Roman Friday, parcels, vegetables, or fish are consumed par excellence. This is my version as all soups can replace the garlic flavor with onion, the characterizing feature of the recipe is as always the scent in this case given by rosemary. There would be no pasta and chickpeas without rosemary!

2) Remove the garlic from the pot and melt the anchovies

3) Blend half the chickpeas with a diving mixer 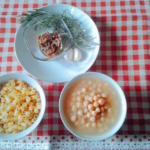 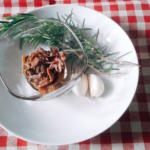 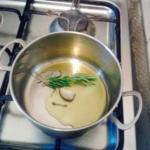 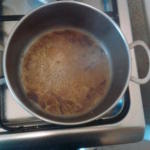 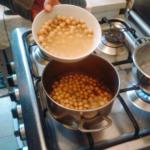 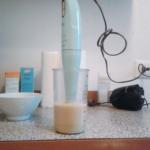 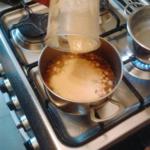 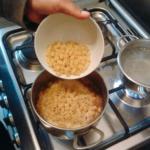 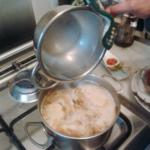 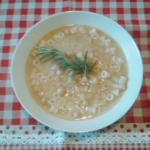 In the masterpiece by Mario Monicelli ” Persons Unknown” the big hit of the unfortunate thieves closes with a consolatory act consisting in dividing a good plate of pasta and chickpeas. . The original script by Monicelli for pasta and beans was Marcello Mastroianni, one of the ‘thieves’, to ask for it to be replaced with pasta and chickpeas, his favorite soup which, on the set, ate in full with Vittorio Gassman , At Tiberio Murgia and Capannelle. The Persons Unknown (1958) is all recognized as the founder of the Italian Comedy and of the genre caper film or film of the big hit;