It was presented a few days ago in Rome at the Macro-Museum of Contemporary Art Rome, the book Piero Manzoni and Rome by Raffaella Perna, published in the Pisces red series by Electa, is the fifth volume of the special series dedicated to the figure of Piero Manzoni , created in collaboration with the Piero Manzoni Foundation. Presented by the author Raffaella Perna with the speeches by Claudio Crescentini, curator and art historian of the MACRO, Federica Pirani, head of the exhibition service Superintendence Capitolina ai Beni Culturali and Claudio Zambianchi, professor of history of contemporary art, Sapienza University of Rome. 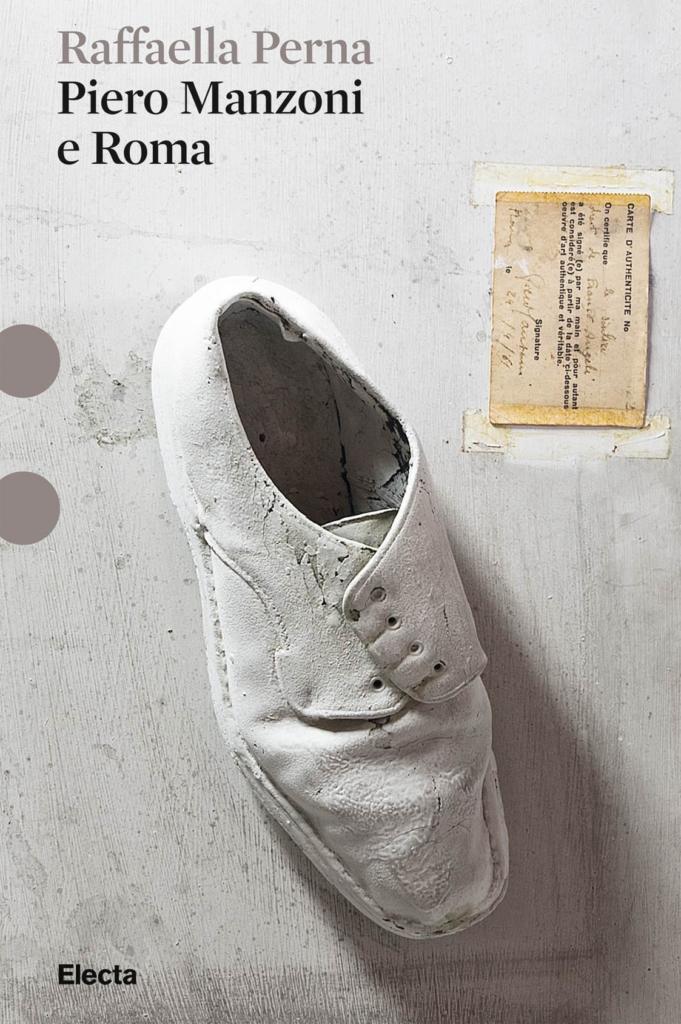 This time we talk about one of the undisputed protagonists of 20th century Piero Manzoni. Milanese, surrounded himself with many friends such as Lucio Fontana, for example, with whom they often stayed in their favorite bar, the Bar Jamaica, to take a coffee but not only, to toast the success of Piero’s works of art, appreciated from friends. When he worked he did not simply use canvas, brush and colors. Piero Manzoni drawn meters and meters of line and then he closed them in rolls of cardboard, sometimes he measured at times he could do them endless. His Achromes are famous, works worked with fabrics, cotton, or simply used the canvas, the same basic material of the painting, working it, wrinkling it all, leaving it blank. All the compositions are then painted with kaolin which gives the typical white appearance plastered to the works of Manzoni, the process of the works takes place by itself, is self-sufficient. The most brilliant work, which made it very famous, has as its protagonist the unspeakable is the “artist shit”. We do not know exactly what is in those boxes, but Piero Manzoni in there has not only put his shit, but the idea! And no one had ever done it before. For this reason and not only today in contemporary art museums, but is part of large private and public collections and is still being studied. 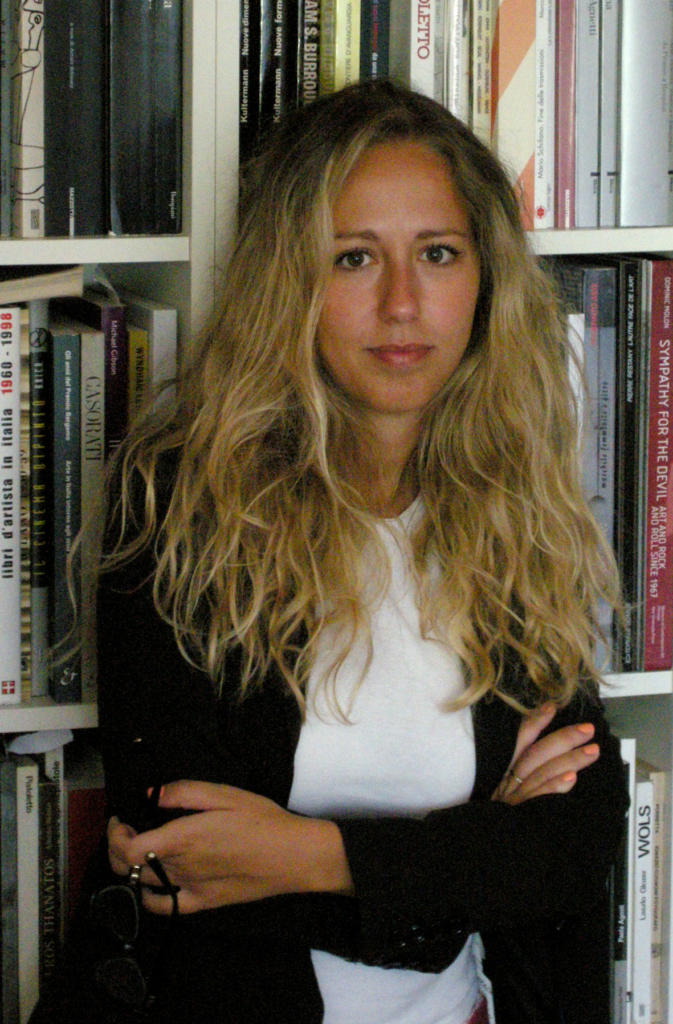 Short interview to Raffaella Perna, talking about her book: Piero Manzoni and Rome

1) How the book Piero Manzoni and Rome was born?

I was invited by the curator of the Piero Manzoni Foundation, Rosalia Pasqualino Di Marineo, to speak at the conference on Manzoni held in November 2014 at Palazzo Reale in Milan. On that occasion I presented a first contribution on the relationship between Manzoni and the Roman artistic environment between the late 50s and the 60s, in line with my previous studies on the School of Piazza del Popolo. From there the idea was born to deepen the research and publish a volume in the Electa Pesci Rossi series, in the special series dedicated to the figure of Manzoni, created in close collaboration with the Foundation.

2) Can you describe your way of thinking in 3 expressions?

I can answer by quoting 3 sentences written by Manzoni, which summarize his thinking and above all make him understand his cultural depth out of the ordinary: “There is nothing to say: there is only to be, there is only to live”; “Why not free this surface? Why not try to discover the unlimited meaning of a total space, of pure and absolute light?”; “Do not leave the earth running and jumping, need wings”.

3) Has there always been a close relationship between art and the creative idea? How did Manzoni develop it?

Manzoni explored dematerialized and performative solutions, characterized by attention to the body and the direct involvement of the public. The break-in of the boundaries between art and everyday life and the interest in organic and physiological processes are essential elements of many of his works, from the Air Corps, to the Living Sculptures to the Artist’s Shit.

4) Is the work of art often described as a product of human irrationality, the result of emotionality without rules, according to you?

On this point Manzoni expressed himself very clearly in 1957, when, in the manifesto The art is not true creation, signed with Ettore Sordini and Angelo Verga, he affirms that the artist must eliminate the useless gestures, that is “all that there is in us, personal and literary in the worst sense of the word: childhood memories, sentimentalisms, impressions, deliberate constructions, pictorial concerns (…), false anxieties, unconscious unconscious facts … ” 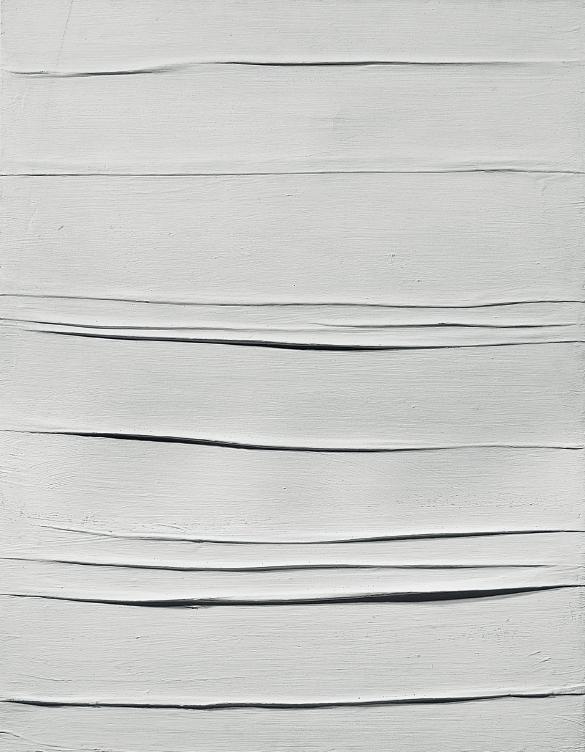 5) Which is the artist you would like to write to? the artist who expressively feels closer to tou?

Among the artists with whom I had no contact, but with whom I would like to have there are John Baldessari e Valie Export. An artist who I know and love very much is Francesco Vezzoli, his latest exhibition at the Fondazione Prada was a great project.

6) What would you like to convey to your audience with this book?

I hope I managed to give a convincing reading of the close relationship that Manzoni has had with Rome since the mid-50s, focusing on the debts and legacies of his work in the cultural environment of the capital, at the time particularly vital and rich in original personalities, including Alberto Burri at Cy Twombly. I also hope that the book reveals the extreme fluidity and complexity of the relationship between Rome and Milan, artistic realities too often treated in a distinct way.

For the press of University Sapienza in Rome I publishing a miscellaneous book about the artist Renato Mambor, an artist linked to the Piazza del Popolo School, who passed away three years ago. I am also preparing, together with Francesca Gallo, an anthological exhibition about Ketty La Rocca, which will open in the spring of 2018 in Ferrara. There is a collaboration with the artist’s archive, some unpublished materials and different works never see before exhibited that will be presented. In the meantime, I continue to work on the relationship between art and feminism in Italy, with various publishing and exhibition projects.

8) To finish, what would you like to leave to the future?

For the moment, I think more about the present than the future; I hope to leave something of what I have di give.

The book by Raffaella Perna documents the relationship between Manzoni and Rome, outlining the network of relationships that the Milanese artist intertwines with the critics, gallery owners and Roman artists, and also suggesting a new reading of the ideas that the so-called artists of Piazza del People have found in the meeting with Manzoni.

The first contacts of the artist with Rome date back to 1955 when, just twenty-two, he enrolled in the Faculty of Letters and Philosophy of Sapienza. Between 1959 and 1961 Manzoni will exhibit in Rome four times, coming in first contact with the Appia Antica Gallery and with the cultural and artistic milieu of Emilio Villa and with the Trastevere Gallery of Topazia Alliata, then with the La Tartaruga Gallery directed by Plinio De Martiis. In Rome, which at the time lived a particularly fertile artistic season, the influence of Piero Manzoni manifests itself in two different phases: at the end of the fifties it is the achromatic and an expressive aspect of Manzoni’s research to be watched with interest by young people Roman artists, in particular Franco Angeli, Mario Schifano, Giuseppe Uncini and Tano Festa. In the mid-sixties, the work of Manzoni is therefore already an important source for Roman art: to this considerably contributes to the close relationship that the artist has with the capital throughout its short existence, since the first stay . Exactly eight years after the death of Manzoni, who died of a heart attack on 6 February 1963, the exhibition at the National Gallery of Modern Art is the definitive consecration of his work: from this moment Manzoni’s research enters the canon of Italian art of the twentieth century as one of the most significant and original points of the post-World War II research.

On the occasion of the presentation of the book, we present the film: Piero Manzoni, Artista, directed by Andrea Bettinetti and produced by Michele Bongiorno and Sky Art HD, in collaboration with the Piero Manzoni Foundation, in Milan, will be screened for the first time in Rome. The documentary, realized through direct testimonies of friends, family members and artists who have known and frequented him, wants to reconstruct the personality of the man, show his artistic path through the unfinished works and projects, explore the secret of his incredible news, even in the words of contemporary personalities of international fame and through an extensive documentary and audiovisual system. Among the unpublished materials that emerged during the research, it is worth mentioning the extraordinary discovery of period films that make up extremely rare testimony of the artist’s recorded images in some of his most famous creative actions.

The initiative is promoted by Roma Capitale, Department of Culture – Capitoline for Cultural Heritage.

Piero Manzoni -Soncino, 13 July 1933 – Milan, 6 February 1963- was an Italian artist, internationally famous for his Achrome and Artist’s Shit. Born in Soncino in 1933 from a family of noble origins, a distant descendant of Alessandro Manzoni, he grew up in Milan, a city where he studied at the high school Leone XIII before, and at the Academy of Fine Arts of Brera. Thanks to the frequentations of his family, he soon came into contact with the Milanese artistic environment and, in particular, with the artist Lucio Fontana, the famous founder of Spatialism. Manzoni’s first production is based on traditional models, mostly landscapes and oil portraits. As early as 1955, however, he began to try his hand at creating paintings that had the imprints of everyday objects on their subjects, beginning to make the canvas an instrument through which to capture reality. 1958 marks the moment of the Achromes, from the colorless French: canvases soaked in chalk or liquid kaolin and glue, with a white surface. There is no intervention by the artist on the work that changes itself, the material is transformed when it dries on the support. Manzoni exhibits his works in a collective exhibition with Enrico Baj and Lucio Fontana. in 1959 he continued his research in the direction of the “Acrhome”, he began to paint the “Lines”, intended as conceptual objects. This period also includes the first “Air Corps”, that is, simple air-filled balloons which will then be recognized as “artist’s breath” and in 1960 exhibited at the Azimuth exhibition center, linked to the famous magazine he founded it with his colleague Enrico Castellani in 1959. Between 1959 and 1961 Manzoni will exhibit in Rome four times. Meanwhile, the style of Piero Manzoni becomes even more radical, proposing new works with an increasingly provocative character. In addition to continuing to work on the “Lines” and “Acrhome”, he signs with the imprint of his thumb some hard-boiled eggs, which are distributed to the public and eaten in place during one of his performances. He also designed a “Magic Base” consisting of a simple pedestal, signed by him, capable of elevating anyone who had climbed onto it to the role of a work of art. In 1961 he sold and sold the most famous of his works, that is 90 “Artist’s Shits”, weighing 30 gr. Each, sold at the price equivalent to as many grams of gold each. In addition to ironically and metaphorically alluding to the profound origin of artistic production, the work addresses a precise critique of the contemporary art market system, in which for an established artist it would seem possible to sell anything by smashing it by art. It continues with the creation of another “Magic Base” and the “Base of the World”, an inverted iron parallelepiped, in order to elect the world itself as a work of art. In 1963, at the age of only 29, he died suddenly of a heart attack in his Milanese studio.