Inspired by golden age’s italian commedy, even the title, it’s the story of unlucky losers dreaming a lucky life, even if it seems imppossible.
The couple Castellitto, a surveyor emploied as a carpenter , Ferilli, an ex-singer emploied in his husband restourant, seems, although it’s the first work togheter, a perfect duo  that refresh the storyteller.

The two lovers, frozen in lifes they don’t love, believe to born again when Sergio wins the lottery and they decide to leave their patners and change their lifes.
Unfortunately, the win is only a bad joke of a friend, Sergio and Sabrina became homeless, poor and uneplyied, with their relatives, kept in ignorance.
For this reason the life became a series of challenges and gag, flick cliches of italian commedy.
So if you have loose the ’60 this is a good start to know that world. 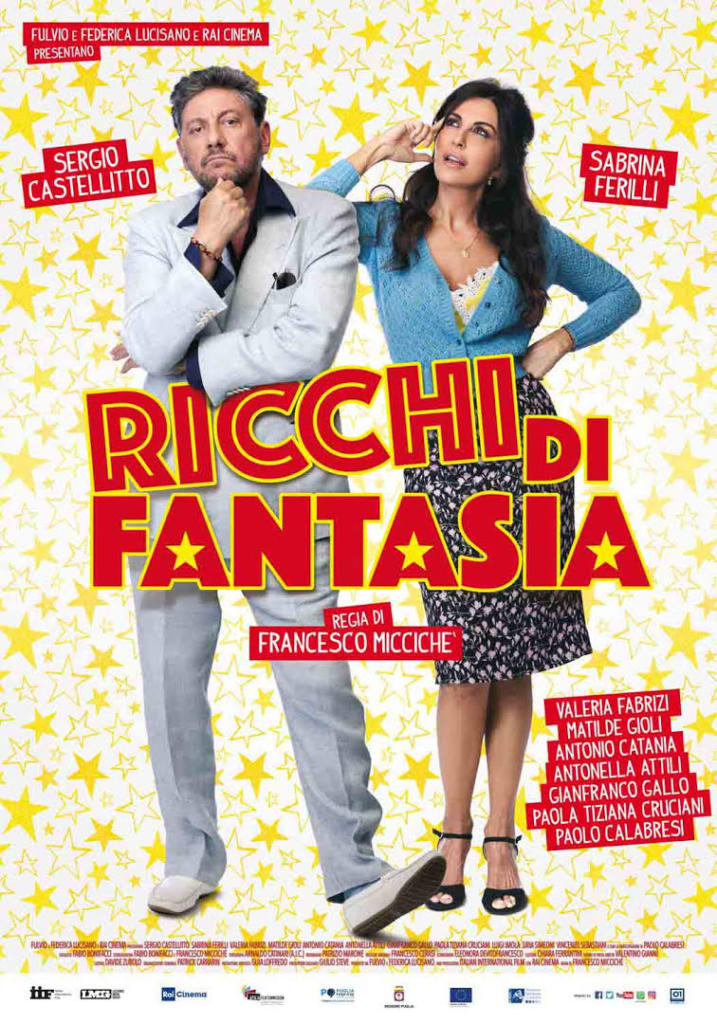 SYNOPSIS
Sergio (Sergio Castellitto) carpenter and former singer Sabrina (Sabrina Ferilli) are a couple of lovers who are very in love but unable to leave their companions because of the economic hardship they are living. Everything seems to change when Sergio’s colleagues take revenge on his jokes and make him believe he has won 3 million euros in the lottery. Convinced that he has become rich, Sergio decides to abandon his old life bringing with him not only Sabrina, but also their relatives. When Sergio and Sabrina discover that there is no winnings, they decide not to reveal it to anyone and drag their families on a road trip from the Roman outskirts to Puglia. But the truth always comes to the surface and the tensions between such different characters are bound to explode.