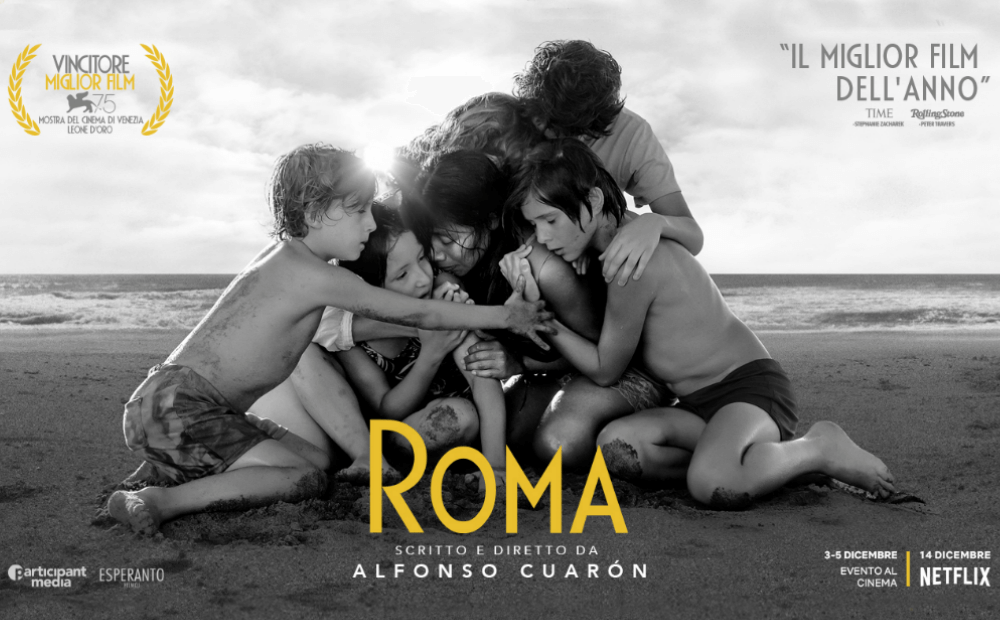 Roma is a film by Alfonso Cuaron winner of the Golden Lion at the Venice Film Festival.

Last night at the exit of the Farnese cinema in Campo dei Fiori, the dialogues and images in black and white also accompanied my walk as I crossed the square, unusually bare and silent, to go to Trastevere.

The two female protagonists, though so different, find the same answer to the drama of the abandonment of men. Abound, not surprisingly, described by the director in a cowardly manner, consistent in both cases for the male protagonists in a flight.

What is astonishing is the so irreverent and at the same time calm representation of a simple and frightening truth: man flees in front of his responsibilities one or more times in the span of a lifetime, no matter what link he has ever pushed to commit oneself (feeling, passion, affection or piety); the woman goes crazy in front of what in her heart feels and knows she already knows, the moment she decides to take it into account.

The two female protagonists far from being unprepared or not aware of an end now close or perhaps already passed for years but the discomfort comes later when in their mind man ceases to be that prince in blue in which they believed.

Love ends up and most of the time always in a cowardly way because man has never believed or never wanted to be a heroic prince charming but an eternal immature Peter Pan.

Here is the difference: we women are not able to process the mourning of the end of a love if not through the tragedy of a personal defeat.

But do we really want to charge also the responsibility for male frailty?

If apparently Cloe and her mistress seem to fall for it, we are surprised to see how the answer to discouragement comes immediately through friendship, affection and union of the strength of that sex that ceases to be weak in the moment in which it discovers irretrievably fragile and cowardly that of his own man.

Thus a tragic ending in comedy is reversed with a the end to which we women must begin to become more attached to that of “they lived happily ever after with their prince charming”.

A film also recommended for teenagers to be better prepared and armed in the face of the weakness and fragility of the boys *.

(*) This translation is automatically generated by the system