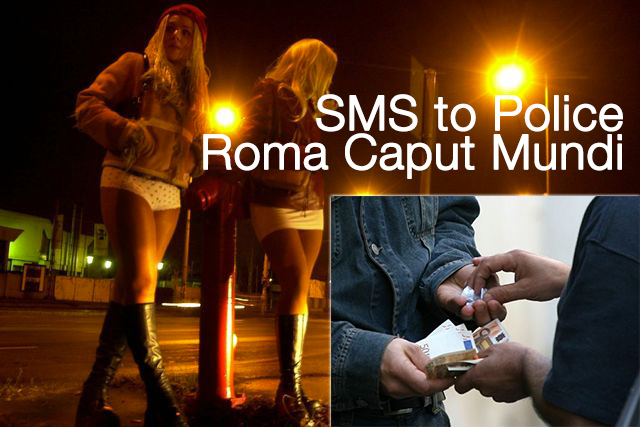 Sms anti drug dealers linked to a group of special intervention of the police, zero tolerance also see against the illegal, nightlife and hooligans. These are the main measures envisaged by the new security plan for Rome.

With regard to contrast the canteen and prostitution in Rome will be activated 2 mobile numbers to send short text messages so that every citizen can indicate the presence of drug dealers or cases of exploitation of prostitution in their neighborhood.

It ‘was made available to the number Anti drug-dealing (+39) 338.6640311, which will link to Teams Never Shop (SMS), with agents operating immediately.
To do this, Rome will be divided into 3 main areas, each of which is entrusted to a body of public safety: Police, Carabinieri and Guardia di Finanza.

As he assured the Minister of the Interior, “in both cases, the reporting will never be identifiable by the exploiter or the dealer, thanks to a system of data protection.”