Competitiveness, Innovation and internationalization are the main aspects of this venture business festival.

At the center of attention the correct economic model and the growth potential of those companies that aspire to become future multinationals.

Compared to the first edition this second edition of the Week has attracted more people, more media attention, more panels, more foreign guests and has been visited by over 7000 people.

The choice of the city of Rome was certainly a choice as well as logistically valid also meaningful from a symbolic point of view.

In fact, Rome is home to 22 universities between public and private universities and is the largest university in Europe and is an extremely significant place from which to launch a concrete invitation to consolidate the synergy between institutions and the academic world.

Not to mention “the unbelievable untapped economic potential” of the capital, as the President of Rome Startup Gianmarco Carnovale pointed out , in that sense innovative startups are a strategic work field for the future of this city and this region. but precisely for this we need a real industrial policy

The soul of the startup week was the promotion of a new culture of entrepreneurial risk, so on the one hand to show and better understand what lies behind this new industrial model of innovation and on the other hand also an invitation to be protagonists of a new process of development of the great resources already present on the Italian territory. 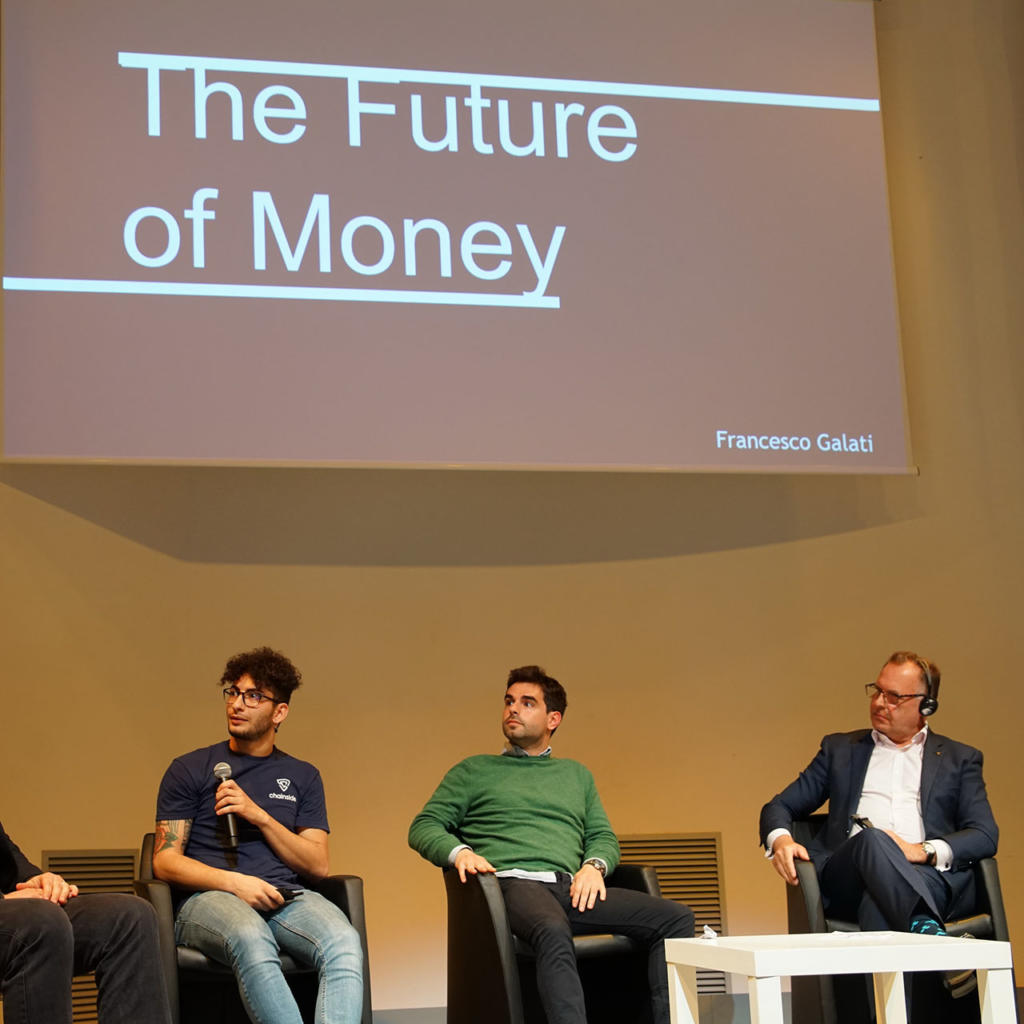 The meetings dealt with hot topics such as Cryptocurrencies , Cybersecurity and Blockchain, but also the Future of Food, Social Innovation and Sustainable Mobility.

One of the objectives of the week was to channel resources and make them more effective for investors who can certainly find opportunities to invest in new businesses, but also to promote startups that can create quality jobs for young people as well as being able to become our future multinationals.

Italy has had a superficial attitude towards startups, it took care of it by an initial euphoria but then archived them without really dealing with them, without really applying the international rules and methodologies.

We did not question what the different actors could support them and we completely lost our perception of how startups might be relevant to the future of the Italian economy.

We have reached tragicomic situations in which Municipalities have issued calls to finance the startup for the solution of practical problems that had, garbage, maintenance of the road surface, respect of the parking and transit areas, to provide funding to startups that had actually found innovative solutions, functional and also economically convenient, and then not be able to entrust them with the call for the implementation of the solution found because it is currently impossible to register a startup in the register of suppliers (three years of financial statements, request for minimum turnover and sometimes bank guarantees and so on)!

As said Gianmarco Carnovale, curator of the event “The future of the economy of this country can not ignore the creation of a model of support for new entrepreneurs.”

In this sense the Rome Startup Week was a moment of sharing between the political, industrial, financial and the world of education and, in this regard, one of the most significant events was the presentation of the Startup Act, a manifesto of action and legislative proposals, in ten chapters, for a new policy for the entire startup chain signed by more than 500 Italian innovators to give impetus to the innovation industry.

The launch of the Open Innovation Club was also a very significant moment.

In fact, it is a new format of Roma Startup to train a company culture that is increasingly open to innovation by opening itself to the outside world.

Finally, on Thursday 12 April, in the “Building Startup Ecosystem” meeting, public administrators of some of the major European ecosystems confronted entrepreneurs and innovators.

All this to design and build a startup ecosystem based on an Anglo-Saxon cultural system that focuses on values such as sharing, transparency, social responsibility, merit and above all a concept of restitution, ie the “give back” principle. that sounds so crazy for the mentality of a country like Italy.

For the WCAP Tim Award, the winner is the STIP startup that will participate in Tim’s acceleration program. Intesa Sanpaolo has instead awarded the startup Dessy.

A very interesting and extremely dense week of contents hosted in the building “The Italian Youth House of the Littorio di Trastevere”, now renamed WeGil (WE, we are opposed to GIL, Gioventù Italiana Littorio) in Trastevere, recently renovated.

Curiously themed, even if conceived and written in full fascist style and with other ideals in mind, the motto outside the building, on the facade ” Necessary to win more necessary to fight”, which is to represent the determination necessary to those who start a startup and the commitment that goes into achieving the goal, and the motto inside, even more to topic: “We are the leaders of a future” that does not need any comment.

The organization of the Rome Startup Week was definitely above average and everything went smoothly despite the intrigue of panels and conferences that were held in the different areas of the building, reaching up to three contemporary events. Even the logistics of the restaurant was at the height of the event with something to be always under the teeth, even for the late, but above all creating an informal area where visitors (read managers, venture capitalists and entrepreneurs) could always weave relationships. In these events at the end one of the most important aspects is “networking” and I would say that with the choice of WEGIL and the organization of events and spaces, this goal has been fully achieved.

I have already underlined the many important guests and speakers who participated this year, but I must confess that the parties that interested me were the events in which the startups “fought” on stage illustrating their “pitch deck”.

The importance of a concise but comprehensive set of illustrations showing everything you need for an investor to decide whether to invest in the startup is more or less is in the heart of the problem. It is not enough to have a good idea to obtain the necessary funding to carry it out, but this idea should be presented to its best and in a short time because there are dozens of other ideas/companys on the list to get this chance and investors have no time to waste. Years of research and development are played in 10 slides and 5 minutes on a stage.

So a great success for the Startup Week, which offered culture, networking and a bit of thrilling. Location and organization promoted with flying colors and look forward to the third edition for 2019!