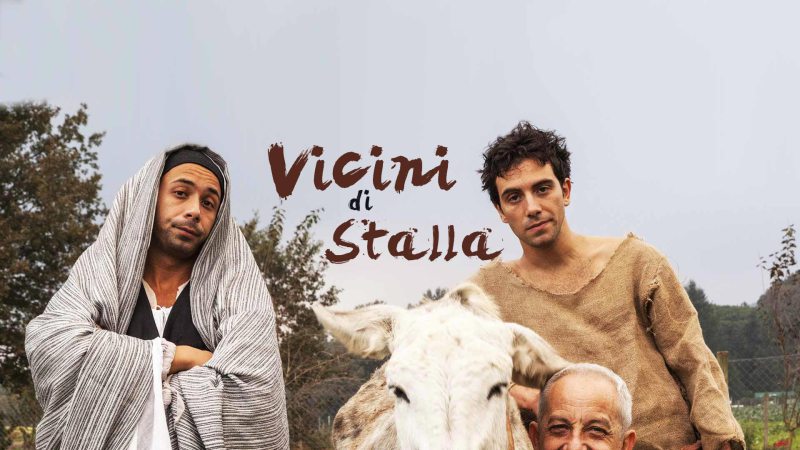 “Stable Neighbors” is a comedy in two acts, written by Antonio Grosso and Francesco Stella. And the show was come back this year at the Teatro della Cometa from December 26th 2015 until today January 10th 2016, after the success of last year more, during the holiday season at the Teatro dei Servi.

“The idea came one day, during holiday season, while I was in the car with my dad and we passed next to a series of terraced houses. I remember that I thought ‘I wonder if the Holy Family had stable neighbors … and if these neighbors were even criminals? ‘. So Antonio Grosso, one of the two scriptwriters and one of the actors also, narrates this hilarious comedy’s genesis about the Nativity.

“Stable Neighbors” is in fact a succesful comic “experiment”, which it is to revisit the gospel themes of the Nativity and the Epiphany, through the unusual and unorthodox point of view of common people and personalities to come swindlers. In fact, the protagonists of the story are Armonio (Ciro Scalera) and Corallo (Antonio Grosso), two shepherds, respectively uncle and nephew, originating in Magna Gtrecia and with a unclear past. They are on the run, because of a mysterious crime of which you are guilty and for which they are sought after by the Romans; they decide to rent a stable at Bethlehem and there they can graze their flocks, together with Rosaria, a female donkey which Armonio is too much fond of. Soon, however, their newfound tranquility will be disturbed by noisy partying nightlife of prostitute Sara (Federica Carruba Toscano) and from interference and the blackmail of Rabbi Arcadio (Antonello Pascale), the sinister owner of the stables, in league with local powerful authorities and Romans. One day, however, the arrival of Mary and Joseph in the stable and the birth of their son, Jesus, cause unexpected changes in the lives of our characters.
It laughs a lot, although there are deep insights on important issues, such as human dignity and respect for life, which may arise unexpectedly and powerfully even in the more cynical minds . 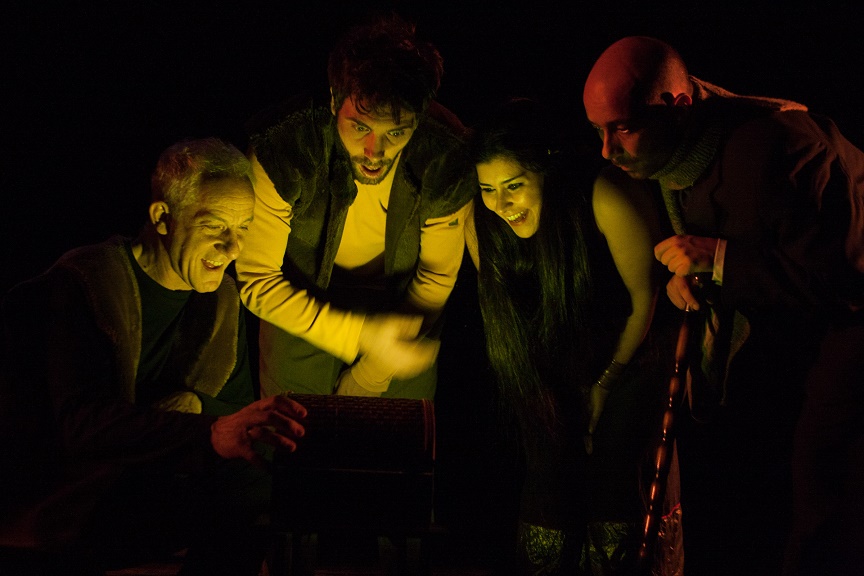 Two-hour show spend quickly and cheerfully, thanks to a sizzling pace, clocked by gag, catchphrases, puns and misunderstandings, typical comedy topics, but never to this banal or discounted. Also the four extraordinary performers are bright and in perfect harmony with each other and they were able to create irresistible comic characters, but at the same time also very multifaceted and full of interesting psychological nuances.

Another element of humor is inherent in the script itself of the show: It uses the contemporary language and alluded to facts and current events, although the story is set in Judea dominated by the Romans in the first century BC. This feature, for a directorial choice, permeates all staging aspects as costumes, set design, the musical choices, producing a strange effect, but at the same time a certain empathy of contemporary audience. Also this “actualization” also involves language as idiom, since the characters are all from Magna Grecia, and then speak current dialects of the land, or the Neapolitan and Sicilian. Obviously the vernacular contributes greatly to add further comedy about characters. To make it even more fun, the situation gets even the fact that the characters of Arcadio and Sara awkwardly trying to hide their originary accent, or in order to pretend to be Roman or to homologate them, the most powerful people at that age.
Last but not least, worthy of note is the direction of the show curated by Ninni Bruschetta, familiar actor of a lot of films and television dramas, but actually mainly an author and theater director of talent and experience. In fact, he is credited with having been able to lead a balanced four crackling interpreters, mixing the comic vein of each in a choral ensemble lively but harmonious, valuing and probing deep into each of the characters.

Consistent with the spirit of the show and theatrically effective are also the staging by Alessandra Ricci and lighting design by Gigi Ascione. The set design is minimal: the stable, made recognizable by a few scenic elements and a warm but subdued light, it is evoked rather then represented, since the show gives more importance to relationships and the human dynamics that you consume in that space, rather than to it as such. Particularly striking then is the backdrop consists of a shimmering blanket of stars, where constellations and the comet appear: it contributes greatly to build a frame from the crib, which evokes that magical and mysterious has always characterized the Nativity. 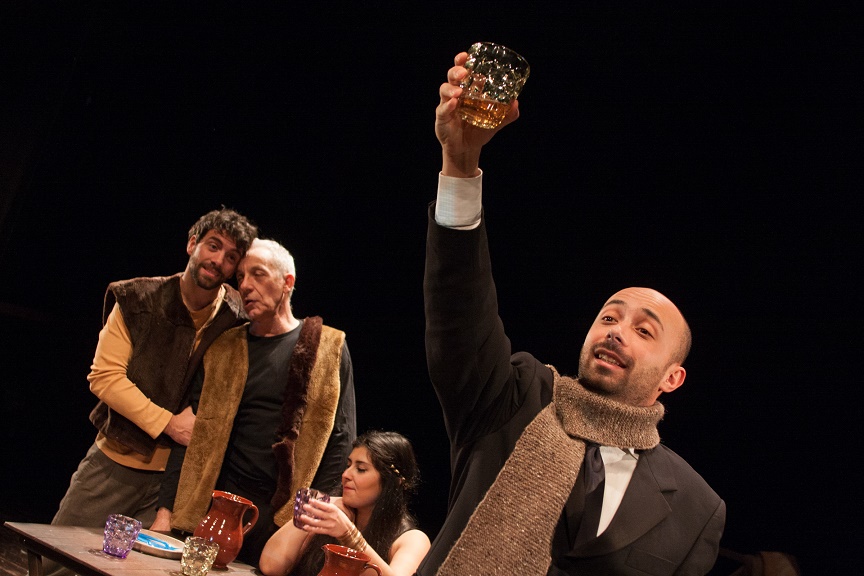 In conclusion this year the unusual story of the Nativity, written by the brightest young screenwriters Antonio Grosso and Francesco Stella, also returns to make people smile during the holidays. So we hope show come back again next year, to celebrate Christmas with a smile and some food for thought more.

WHERE WE SEEN: Teatro della Cometa