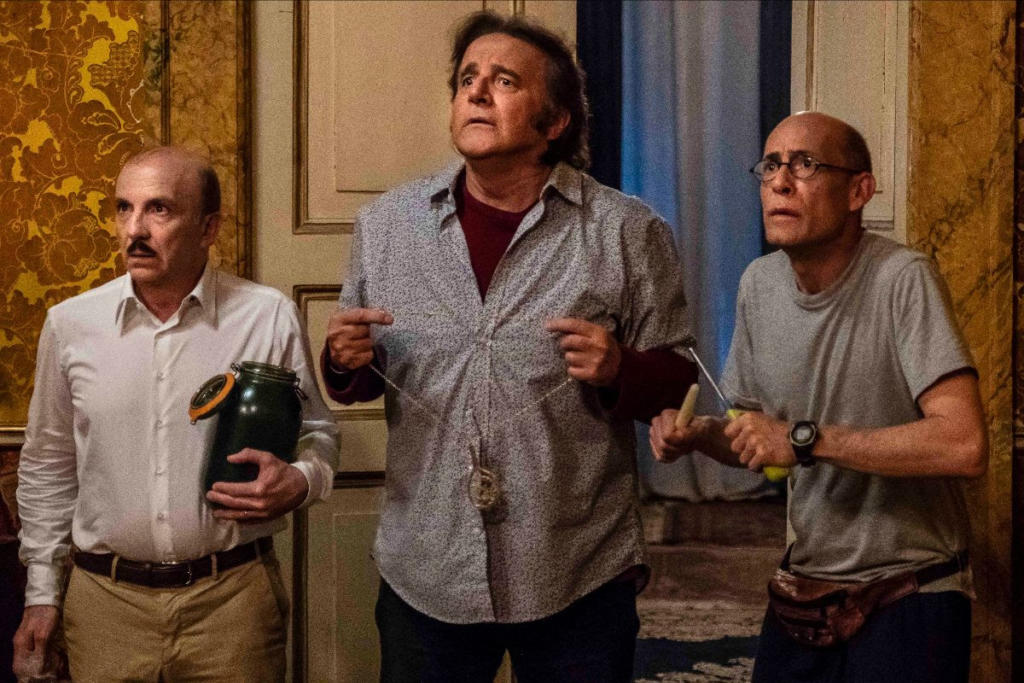 An unusual, weird, hard to see film.
Starting from De Sica’s project about a remake of “Theatre of Blood”, this film try to mix two different types of film: Commedy and Horror.
The horror scenes are quite good (with the right special effects, even though it’s an italian low budget film), but, even though good comic actors and good screenwriters, the comic parts are to simple, maybe to make happy lovers of De sica’s “Cinepanettoni”.
A charlatan wizard (De sica), a napolitan migrant, being henpecked by his wife and father in law (Bucciroso) come back to Naples for father’s funeral and find out a third brother in law (Tognazzi) and a legacy full of debts, and to pay them they start a paranormal businness.
Good things of this film are tributes to Naples (that is not only the town of Gomorra) and to Vittorio De Sica, loved father of Crhristian, and his neorelistic movies.

and with the extraordinary participation of LEO GULLOTTA

Manufactured by
INDIANA PRODUCTION in collaboration with MEDUSA FILM 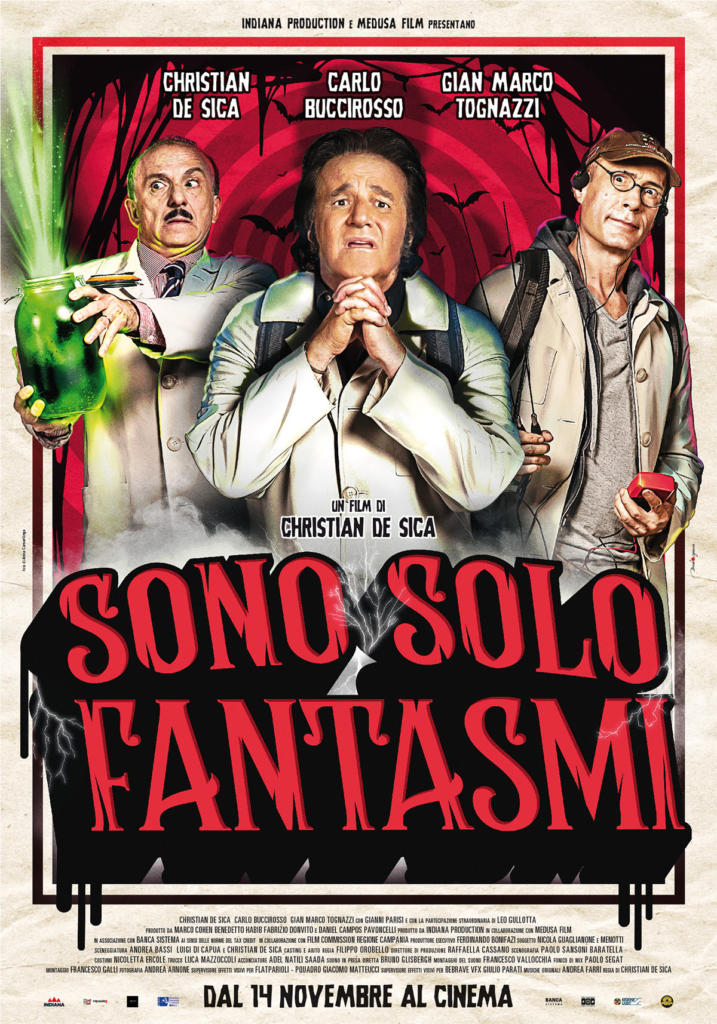 SYNOPSIS
Thomas (Christian De Sica), a former magician on his bill, and Carlo (Carlo Buccirosso), a Neapolitan, who was subjugated to his northern wife and father-in-law, are two half-brothers who meet again after years in Naples for the death of his father Vittorio, a hardened player and a womanizer. They discover that they have a third brother, Ugo (Gianmarco Tognazzi), apparently a little dumb but actually a little genius. The inheritance, coveted by Thomas and Carlo, fades away because of their father’s debts and the three have a great idea: to exploit the superstition and credulity of Naples, becoming ‘ghost-catchers’. Just when the business unexpectedly seems to be very successful, the spirit of his father Vittorio takes over Carlo’s body.  Thomas and Carlo are convinced that ghosts really do exist.  Unconsciously, the three of them, with their enterprise, have awakened the ghost of the Janara, a fearsome witch who threatens to destroy Naples. With the help of their father, the three brothers will try to save the city.