Takes place on 4 and 5 March 2017 at the Salone delle Tre Fontane in Rome Eur ‘Spirit of Scotland – Rome Whisky Festival’. We meet Pino Perrone, one of the artistic directors.

It will be a big party to several levels of experience, where the whiskey enthusiasts and newbies can live in a refined atmosphere, friendly and welcoming. There will be a competition for a cocktail, live music, many master classes and many, many whiskey tasting.

1) How did you come up idea to make a whiskey festival?
The idea is not mine. The first edition of the festival had been called by Rachel Rennie and Andrea Fofi as a consultant and exhibitor. From the second I entered the workforce because the first, which I had not believed it would work, I enjoyed it and I thought I could make a contribution as keen caught.

2) what is your favorite whiskey
I actually do not have a whiskey that I prefer. I look for ones that excite me and have done everything to maintain an authenticity and traditional character. Almost mandatory requirement not the cold filtration, a modern technique that holds the oil component and creates a smoother whiskey, which does not grow dim with the cold or the addition of water.

1) do you can your own personal ranking of whiskey? (Describing the country of origin, method of production and the type of taste that)
I am part of a festival and do not want to make enemies. Forgive me but I can not really answer, especially publicly.

2) There are different and special whiskey production methods?
Yes, right. The whiskey can be produced with still continuous and pot still, and in the latter case only can be called single malt scotch whiskey. But the argument and broad and complex, and would refer to a specific course, where we also talk about the differences between the various fermentation tanks and the direct or less of the still uneven heating. 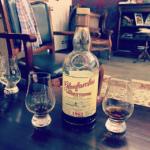 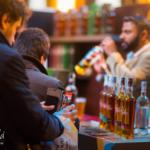 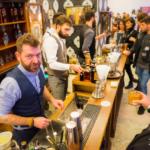 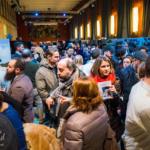 3) From what I know there are places in Rome, venues such as clubs etc, where they meet fans? in Italy?
In Rome certainly venues for whiskey enthusiasts are essentially Le Bon Bock and Gregory’s Jazz Club. Others are beginning to offer a good selection, especially in some pubs. However there is still in Rome a real whiskey bar and abroad.
I hope in the future to be the protagonist of the gap. Worthy of any consideration can have the Metro Bar in Milan and the Kik Bar of Bologna.

4) What is your relationship with the city of Rome?
I was born in Rome and lived here. I have always said and thought that sooner or later I would have moved elsewhere but I never did. The truth is that when I’m out I can not wait to return to my city. I have to say more? 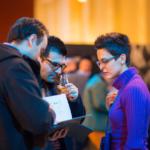 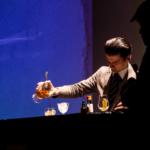 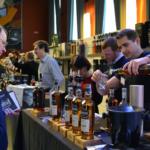 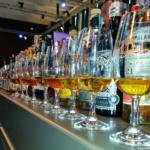 5) Can you say something about “drink aware!“?
Aware drinking means never forget that alcohol is a toxin and as such must relate. Taking time during the tasting to be purely a moment of pleasure and gratification and not a search for something that can only lead to intoxication. 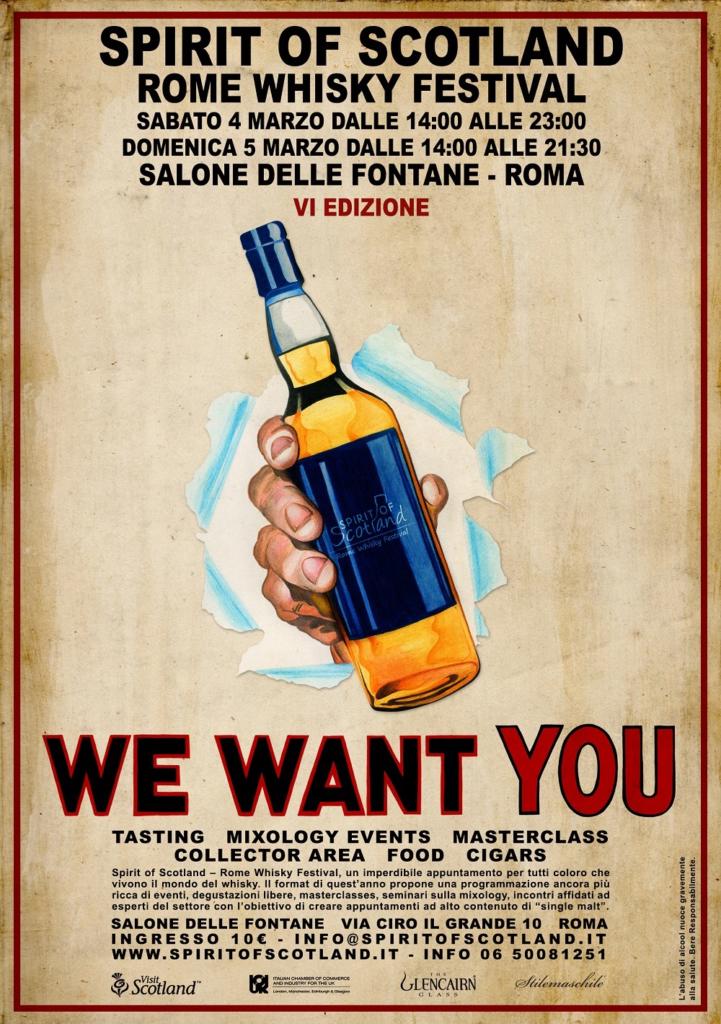 6) Returning to the festival, as are held specifically the master? They are open to all kinds of public or only to the expert audience?
Of course they are open to all. Last 50 minutes each, and here you can taste, under the help of an exceptional speaker, of products with a particular relevance. An opportunity to increase their knowledge and compete with others. We expect this year a strong participation and we are directing all our efforts to ensure that the master classes are the most interesting possible and at controlled prices.

7) One of the aspects of the festival is also linked to the collectors, that the market value is, from your point of view?
Collecting is definitely something not to be underestimated, especially for those who trade in whiskey. For those who organize a festival probably has a slightly lower value, since the same task is to do know and do to taste. I personally think that, as I have also written several times, you have to be very careful to ensure that this phenomenon is properly approached, otherwise leaves the consumer rather than bring it closer to the product. With the work I do, I met many collectors of whiskey. Many of them have never tasted what they own. Do not forget that, however, the whiskey was created to be drunk rather than collected, and that no one will stop this from happening but sometimes this creates the phenomena that become uncontrollable. For example – alas – the so-called ‘common’ man no longer possible to buy some products that have been “kissed” by the interest of collectors resulting in tipping up prices and this in my opinion is not good for the world of whiskey.

8) Rome hosts numerous events related to drinking quality and drinking aware. How important is the ” Roman scene in Italy? Also from bars and bartenders point of view?
The Roman scene is already important now, but I think it will be more and more. The Romans are slow to identify a phenomenon in which an interest, but once you do, it becomes explosive. I think that Roma currently has very broad capacity for growth. We’re just beginning, fortunately. We can proudly say that we were the first to take an interest in the phenomenon of the bartenders. Rome itself was from this point of view the phenomenon un’apripista and I assure you that in the capital there are opportunities to be able to verify. As in the last two previous editions, even in this there will be a strong attention to the phenomenon, with due respect to those who think differently.

9) Three tips to drink the best whiskey …
The first is to seek advice if you do not have clear ideas. The second is to take every now and then breaks, drinking too much water, and if you do not want to use the opportunities that provides the event to eat, to do it before. Anything to avoid running into the inevitable phenomena that do not allow us to have a correct approach to drinking. The third is to taste it in the serenity. I repeat, the purpose basically is to have fun with responsibility and you will see that the opportunities will be there.

Pino Thanks for the time you’ve given us now last question: biography PINE PERRONE, or who and ‘what he did?
I was born the same day as Goethe, August 28, 1964 but, and as he is a collector. I went without graduating the University of Rome Faculty of Arts Discipline Show with cinemas specialization. Always been a strong player and music lover, I have done many jobs from unskilled worker, the accountant, the clerk of records. I worked for four years in an installment agency of the publishing house Einaudi and simultaneously in 1998 I attended a course by sommelier AIS in Rome graduating the following year. wine passion was born in 1991, one for whiskey two years later. In 2001 I note a neighborhood store turning it into wine and food with a wide selection of refined cheeses. Start coming reports, articles and awards like the Red Lobster. With time this store is transformed into a place for whiskey lovers. Then joining the festival and finally exactly two years ago to open a showroom dedicated almost exclusively to whiskey in the heart of Rome. Despite much it absorbed by the universe-whiskey for which the teacher in a training course, and various interventions in Italy for tastings, radio passages and writing of articles, I have not lost the passion for literature, cinema and wine I continue to grow in such a way as to allow me to use them, contaminating my interpretation of whiskey when I speak.

INFO
Any information to the official link to the festival website www.spiritofscotland.it