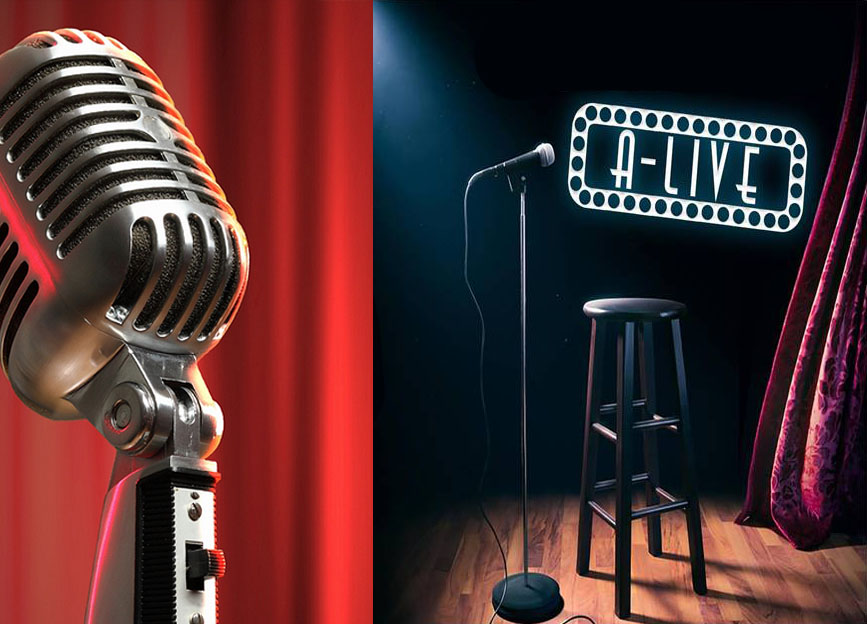 Once upon a time, before the Corona virus 19 pandemic took possession of planet earth… There were then a group of engineers who were friends of actors who wanted to hear the bard Pietro Sparacino who complained he complained …

The bard complained of the imminent and fatal closure of theaters with the consequent cancellation of his entire agenda of: shows, lectures and workshops. Pietro had no desire to cancel his entire season or portions of it by letting himself be carried away by the waves imposed by law that closed cinemas, pubs, restaurants and public places …

It is no coincidence that Pietro and the other Satiriasis artists in 2012 had brought the Stand up to Italy. These comic storytellers did not easily accept censorship or the snares of entrepreneurs. Those of Satiriasi had imported an Anglo-Saxon model of comedy in order to be able to express themselves in Italy. At the time they managed to take back the stage by writing irreverent lyrics with jokes at the end of the line and applause to follow! But despite these glorious premises, the pandemic seemed to be weakening them too!

In Italy, starting from the early days of 2020, many movie theaters and museums have been closed for several months and are still closed today 365 days after the fatal announcement of the Pandemic decided by the World Health Organization. 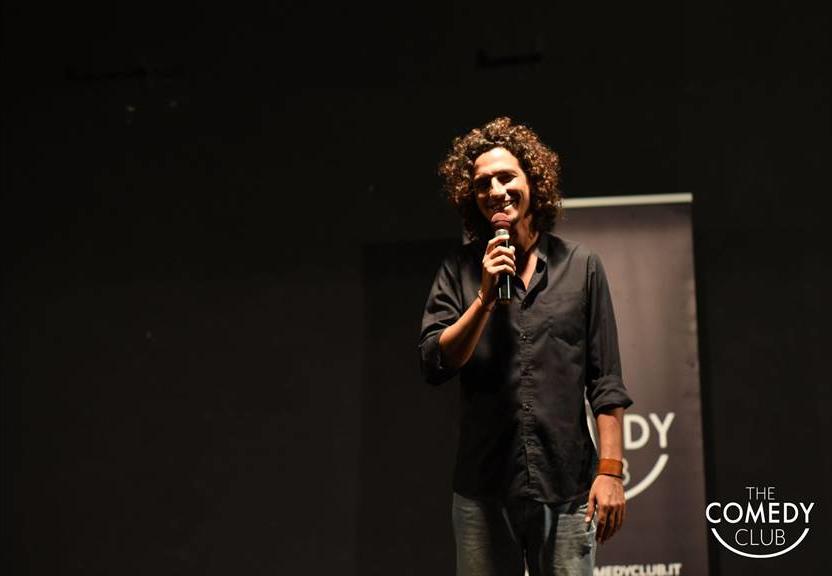 The artist Sparacino, although he was experiencing the same problems of the entire entertainment sector in the world, reacted as an Italian by inventing something that was not yet in the artistic imagination but was already present in the pockets of each of us since the smartphone had found its home there.

Trusting in the technical observations of his engineering friends, Pietro is able to see the potential of the digital instrument not in theoretical but material form and acts in this sense. 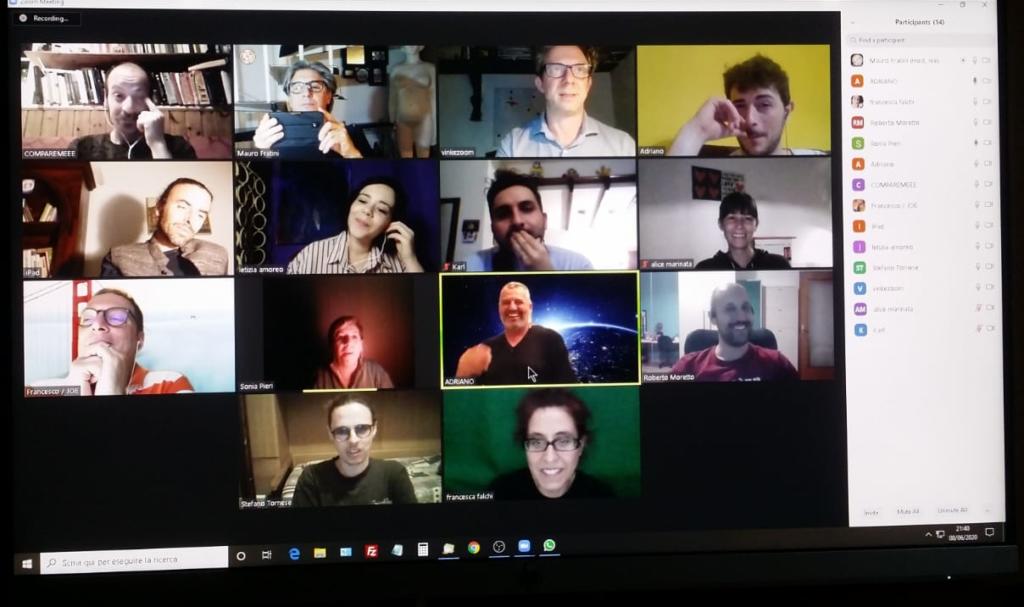 He brought the Stand Up Comedy show to people’s homes, with a medium other than a mere terminal / screen as in the case of the television. The boys of the Stand Up Club, making a switch towards the future, have bypassed almost all other forms of theater, however closed, on the national territory and therefore also street theater, theater in the living room and open-air theaters. They dreamed of being able to manage the interaction with the public remotely and they succeeded in a few days. In a few hours they had perfected the ticket acquisition system and leveled the costs of the theater structure on those of Zoom… the show could have started, online at your home! 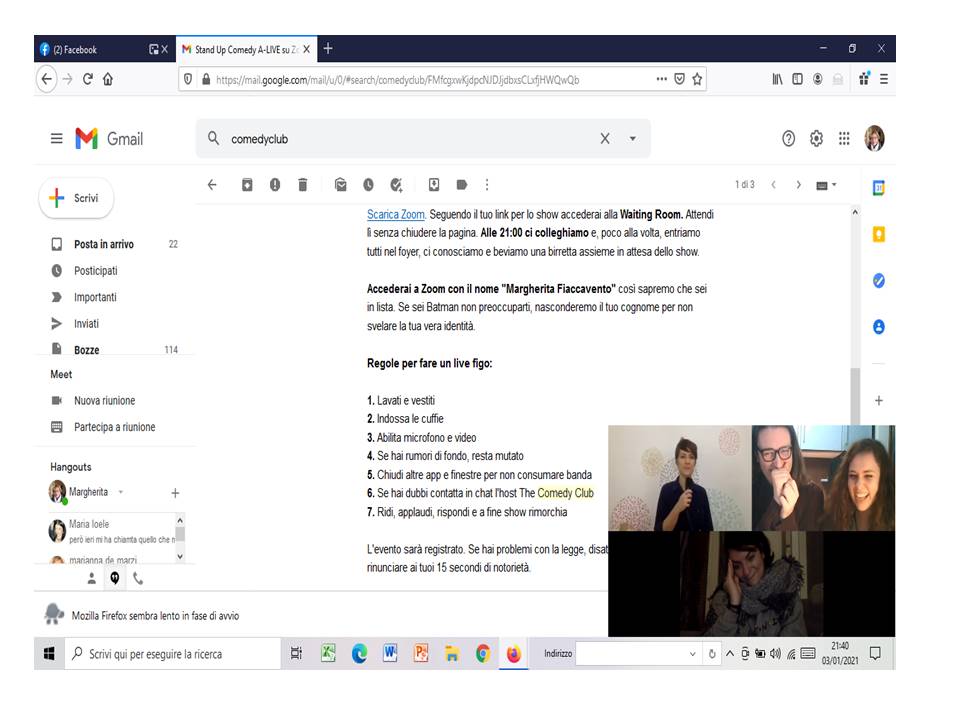 Silvio D’Amico defined theater as “the communion of an audience with a living show”. This definition worked also declined on a zoom platform for Stand Up Comedy as Sparacino and the others of the Stand Up Club knew how to guess.

The Stand Up Comedy made of monologues often of denunciation rather than satire could reach its audience without an additional media intermediary allowing us spectators confined to the house the perception of being in the theater in the front row!

The comedian raises the bar by bringing the ball “over the net” towards the spectator’s device who, having fun, crushes it, applauds and enjoys it as if he had done the goal … The digital system actually harmonizes the single emotion by including it in the best expression always human: laughter!

Bingo! In six months of activity, six months of “video calls” at the Theater thanks to the many well-known faces that were involved, they sold 24,000 tickets for their shows in the worst year for the planet that of the pandemic! A choral success this historic collection! The “Neapolitan” system has changed the way of enjoying the theater. The essential elements that distinguish a theatrical event from a videoconference are also found in the Stand Up on zoom and they worked great!

In April 2020 they were already online connecting Italians around the world to make them laugh in the Skappati a Casa project.

In addition to the personalized use that derives from the vision of a video, these young dreamers have managed to induce the viewer to act in the virtual world by assigning each of the hundreds of spectators involved in each show a front row seat. The online shows by Pietro Sparacino, Velia Lalli, Mauro Fratini, have brought a certain segment of the population (20-60) back to theater as a collective means of expression, generating classes of students who can’t wait to emulate them and open a conversation channel between physically spaced individuals causes covid.

The cultural association Due Gatti directed by Maestro Mauro Fratini quickly translated its theater workshop courses onto the zoom platform, involving dozens of artists or aspiring artists in the greatest Stand Up Comedy experiment of the new millennium. Thinking about it, I couldn’t describe it differently since the end of year workshop generated a 4 h show. Twenty-two comedians each with their monologue met, reunited and had fun exchanging the last positive energy left generated by a disastrous year for everyone.

From the chats generated and the volume of exchanges that are created in the room at the end of the show, it is clear that a community of intentions is growing. People who, laughing, want to make you reflect on what is happening to us and on how our lives have changed since the pandemic arrived!

Laughing and joking they have taken back the public of the great occasions without the orientation of the share … the usual four friends of the bar downstairs have become thousands, from London to Catanzaro at the same time in an exclusive show where they all laughed empathizing even if spaced by thousands of kilometers how pandemic commands!

Once upon a time, this time, it will end with a return to the future … and if something has to bury us, let it be at least a gigantic laugh! 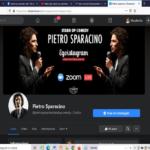 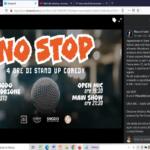 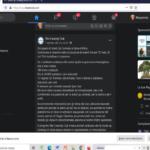 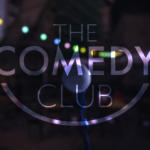 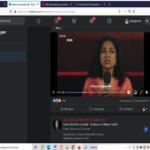 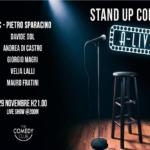