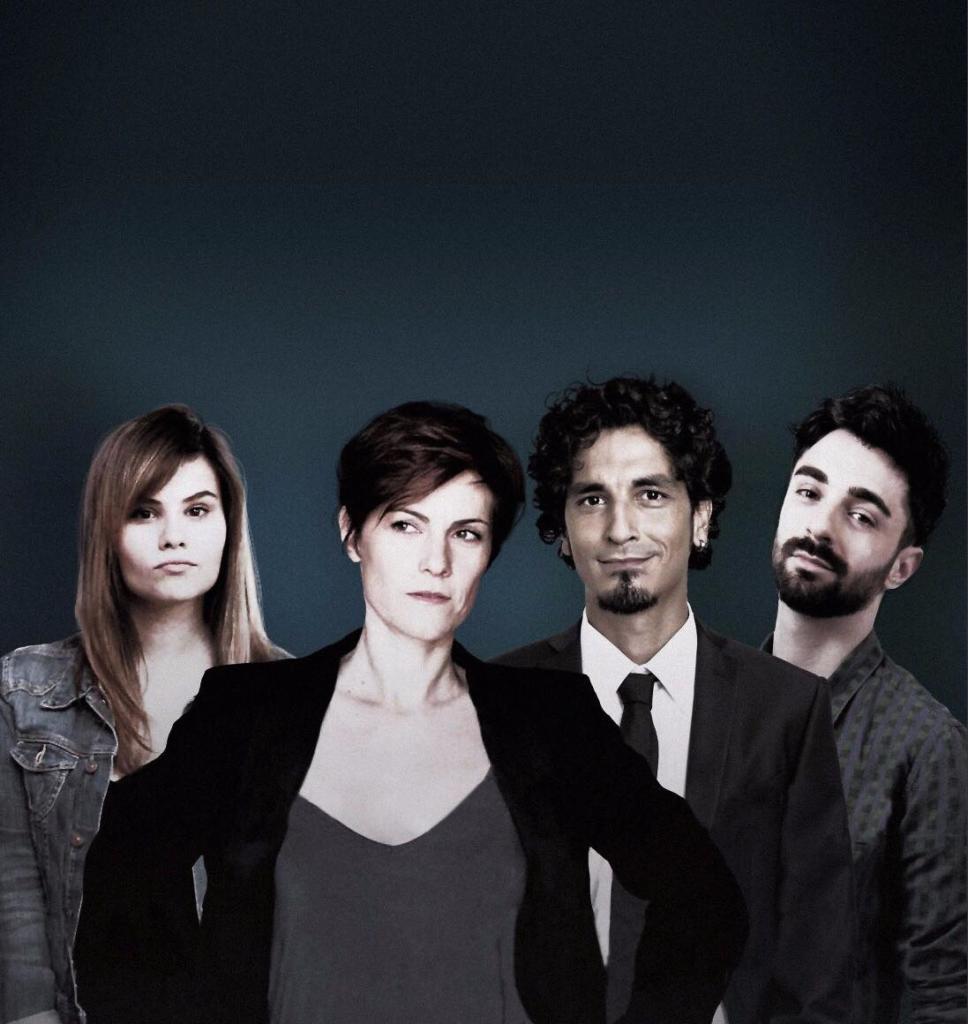 If you want to spend a seriously comical – or a comically serious ? – we suggest the satire of Stand Up Comedians at the OFF / OFF Theater until 2018, April 8th is just for you.

Indeed, one can say that the real theme is only one: breaking down prejudices and hypocrisy, that tipically exist in Italy.

And laughting about it. 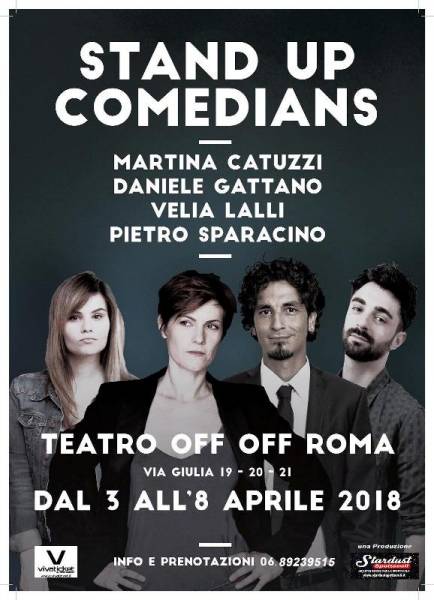 Four monologues and a microphone: Martina Catuzzi, Daniele Gattano, Velia Lalli and Pietro Sparacino will alternate on stage talking in the least reassuring way possible of what makes them less reassuring people possible.

Four styles of different comedy, but with one goal: not having to like it at all costs.

MARTINA CATUZZI: “I was born in Parma as a theatrical mother and a soccer coach father, and I grow around Italy, I was a theater actress and then I came to the stand up comedy world. In short, there are many things but the only thing I really want to be is Beyoncè “.

DANIELE GATTANO: Class 1987, in “Colorado” (Italy1) presents his autobiographical monologues talking about coming-out, then he arrives at “Comedy Central” on “SKY”, on the TV program “Stand up comedy” and then on “Real Time “With Fabio Canino for the” Diversity Media Awards “. His performance was born from his television performances: “OUTSIDE”. He writes and produces the video “WE ARE NOT ANGELS” where he ironically tackles the theme of sexuality in disabled LGBTI, the video raises the attention of: “La Repubblica”, “Il Fatto Quotidiano”, “Il Giornale”, “Radio DeeJay” and “Hyenas”. His training, however, is that of a prose actor, he studied first at the “School of the Teatro Stabile di Genova” and then at the “Galante Garrone di Bologna”, he made his debut as “Jago” in “Otello”, then “L’Avaro” , “Abrakadabra”, “Madame Lucienne’s Night” etc … is currently on stage with “The Geographical Discoveries” by Marco Morana directed by Virginia Franchi.

VELIA LALLI: Salutist and devourer of cancerous snacks, romantic and equipped with condoms in handbag, respectful and reach for the brawl in traffic, Velia Lalli is committed every day so that its genetic heritage is not handed down.

PIETRO SPARACINO: Stand up comedian, comedian, author, actor, prone to all forms of addiction. I was born on December 5, 1982 and since then I have not stopped breathing. For over ten years orbit in the world of theater, TV and comedy and tour of Italy between clubs, taverns, theaters, squares and squares of the boot. In 2009, trusting the wrong people, I became part of the Satiriasi group, the first Stand Up Comedy VM18 project in Italy, a satirical collective, a group of unbalanced people in which I found my balanced imbalance. In 2014 I was one of the comedians of Xlove, a program produced by Le Iene broadcast on Italia1. First comedian in Italy to experiment with the One Liner technique on TV. And two more programs in Rai, three seasons of STAND UP COMEDY, program broadcast on Comedy Central, an appearance at the Maurizio Costanzo Show, and four seasons sent for IENE on Italia 1. All material that I have submitted to my psychotherapist. I spend my free time interpreting the role of a father. I have a blond son with green eyes and when I carry him around I look like the gypsy who stole it from his natural parents. He, at my jokes, does not laugh and hopes that sooner or later I will start doing a job. Anyone but it’s a job. I dream of a worse country to have satirical material to work on. I live in Italy and I’m thinking of making an insane gesture. To stay alive.

She studied archeology in Rome at the University of Roma Tre and is passionate about art, cinema and culture and more…