Circus Don Chisciotte, at the Eliseo Theatre until April 22nd, is an odd modern version of the homonym Spanish classic, where the aim is to look for the human soul. The Professor Cervante, caught vagabond and supposed descending of the Don Chisciotte della Mancia’s author, is fighting, supported by strange companions, against the dehumanization process that is spreading all over the world. The play is set in the our days ruined Naples.

A dead-end track in a dismissed railway station, but it could be any town suburb, is the setting of the meeting between the fascinating Michele Cervante (Ruggero Cappuccio), scholar of literature, culture, and ironical Salvo Panza (Giovanni Esposito), a vagrant out of society, spokesman of ancient oral tradition coming from Naples’ neighborhood.

“They have stolen our humanity. Let’s make a revolution, let’s keep in touch with writers, they are in touch with readers…”
Michele Cervante

It is the birth of a pyrotechnical imaginary relationship surrounded by a series of odd travelers, hanging between strange social derailment and poetical wheelies. Almerindo Buonpasso (Ciro Damiano) and Letizia Celestini (Gea Martire) two ex-restaurant runners, Vinicio Meraviglia (Giulio Cancelli) a conjurer coming from the neighborhood and the final apparition of a Princess coming from Sicily (Marina Sorrenti), mix up together with Cervante and Salvo Panza a special symphony rich of surprises that end up in a fulminant friendship.

A deep and comical revolutionary project grows up to conquer again the spiritual essence of humanity. In front of the common indifference of modern society, this performance really seems a dream. 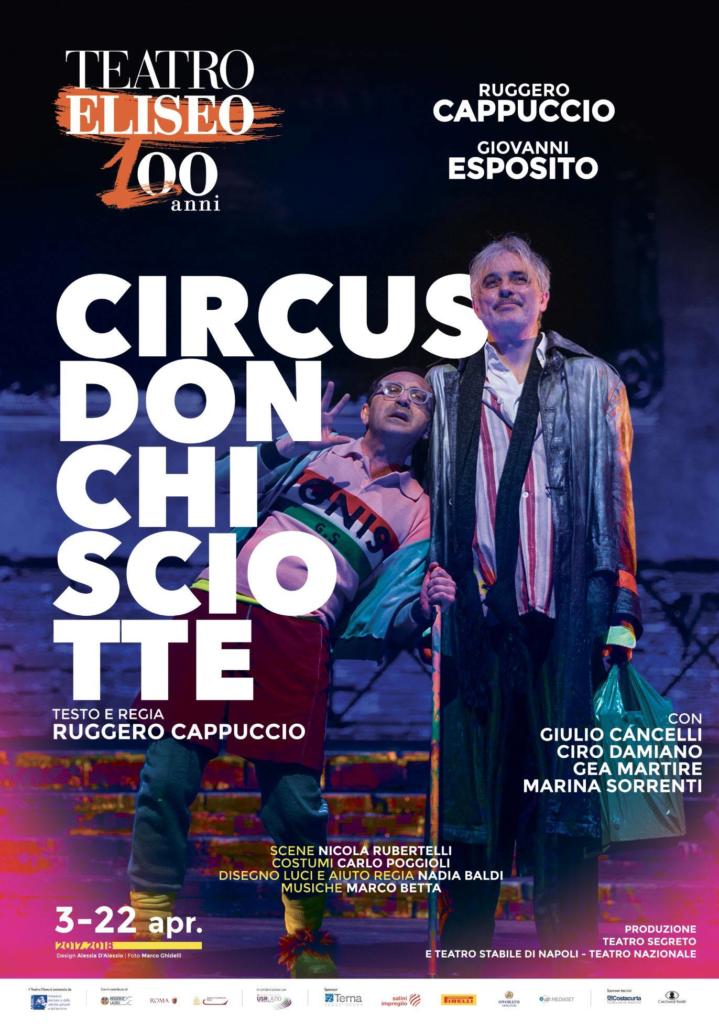