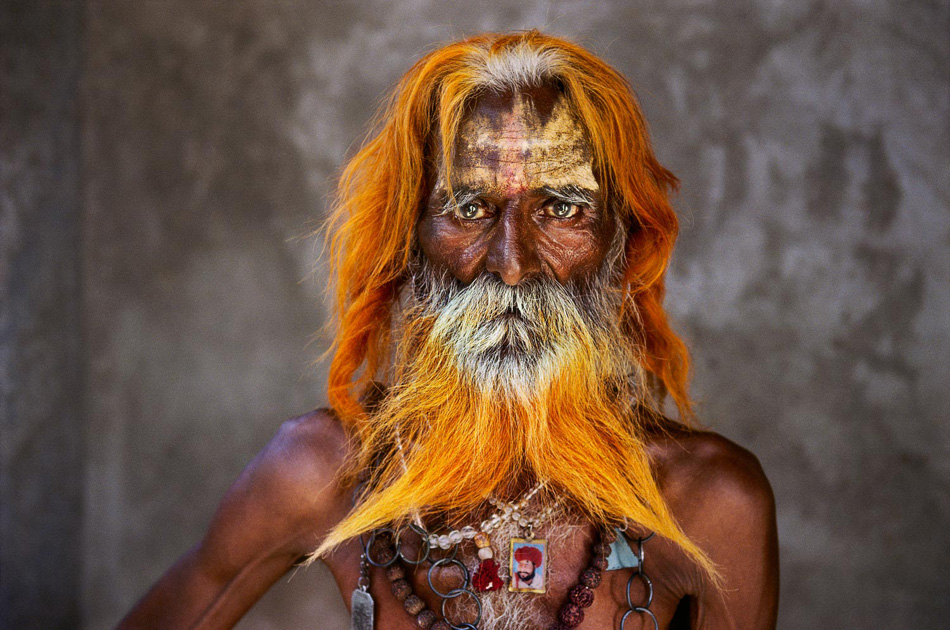 An old man of the Rabari tribe. Rajastahan. 2010

Behind each image a story. The story, of the story, and the story of the never told story…

“In thirty years of career, I lost more than a few cameras and, of course, concurrently, every time I even risked to lose my life” Unforgettable sights, and places to be forgotten

Steve McCurry started taking pictures from the 70’s, when clandestine, disguised as an Afghan, camouflaged in a core of mugiahdin he began to drawing down the hundreds of rolls that he had brought with himself from the US to the Indian subcontinent.
From these shots at gunpoint, while bandmates were forking telescopes and gunsights in the pro-soviet resistance, he was forking cameras’viewfinders.
It is from this civil war photojournalism experience -the primary, he was offered by Islamist fighters, that he began his history of documentary photographer that will lead him to touch the heights of worldwide fame.

McCurry grew up in Philadephia, and this was one of the most important conflicts of the Cold War era. The internal tensions of our planet states were alchemically transformed in proxy wars between the two superpowers: while one provides the weapons, the other invades and occupies the Country militarily. This time was the time for Afghanistan.
Amongst his infinite stories this one is worth being told if only in tribute to the courage of divergent thinking, of stepping out from the comfort zone. No papers, no passport and crossing a forbidden zone.
During this experience McCurry, in a language of gestures and glances drew every thought, of a Country, the militia, the contrast between poor armament and steely determination.

The first image delivered to the world from this experience printed on a B&W roll which he himself had managed to cross each garrison and border control was published in The New York Times on December 3, ’79. 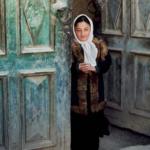 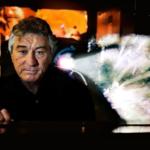 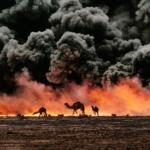 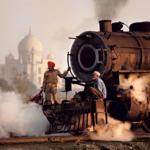 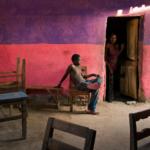 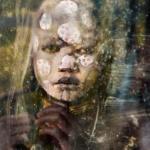 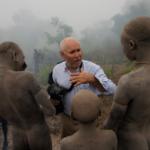 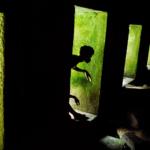 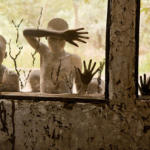 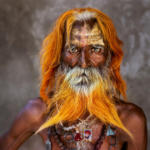 ‘Oltre lo sguardo’ is the title of this Exhibition, McCurry’s work was managed to be brought back to Rome for his vaste audience until 2015 September 20th hosted at Teatro 1 at Cinecittà Studios in via Tuscolana 1055 following the stunning first success of the previous extraordinary installation at MACRO three years earlier only.
He has thought us both the encounter with the glance stare than his absence, to see further.

The pretext of this exhibition and its location was born with his surreal thunderbolt with Cinecittà Studios a few years back, where he began to move, stroll around, amongst sets and props warehouses, retracting props and prospects.

The journey of this Exhibit is about getting lost and surprised amids the labyrinth panes of historical and geographical souls, momentum, and this happens by a time and space machine. Despite its themes and subjects it does remains a reassuring path thanks to the installation project of Mr. Peter Bottazzi, this images collection of our photographer selects still shots yes but stratified as if living were geology.

In the agility and speed of the instrument McCurry had choosen to that of cinematography filming of his university studies -happening in long slow times where crews are gathered, we are handed in the three-dimensional images of a DoP, the Punctum, his Maxims: 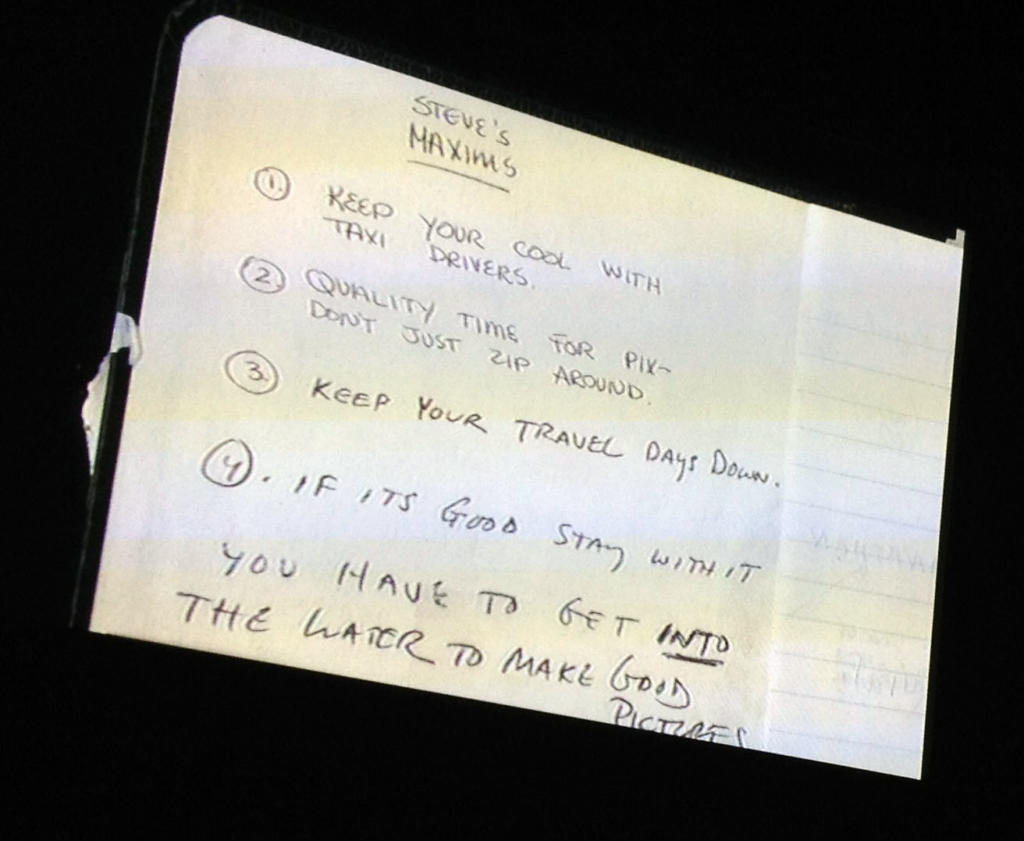 What is most striking about this story-telling is photos that you do not make upon a destination, but on your way to, since when is decided by the ‘traveller’ to just get lost in almost-meditative state, in fact, there, you are no more forcing the situation, you are just catching it! Though, you need to reckon it, therefore his clicks are his takes, in awaiting and in anticipation and, just only as Salgado, they master the ability to gift movement to landscaping.

As, in the last photographic installation in Rome McCurry gave us photography grammar and syntax lesson, this time besides that he gives us also a life lesson:

“working with the wrong people endangers your own life, not just the result. The relationship of trust between parties layes where trust for the other is if only the other had earned it, yet.” 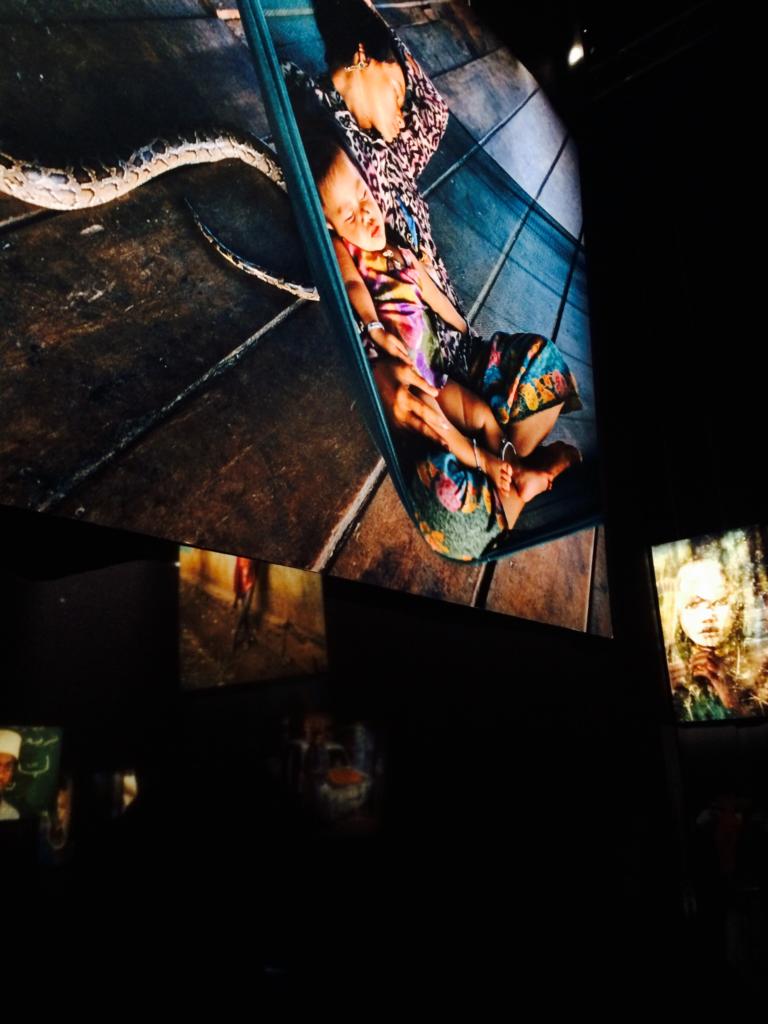 And in that very moment, Steve’s gaze to the window, a mental short circuit yes, for the first time in his life, but not the eye short circuit, although he stood as not believing his eyes…

“Beautiful grand photos does not grow on trees”…

Where:
Cinecittà Studios
via Tuscolana 1055, Roma

2 comments to “Steve McCurry, behind each image a story”