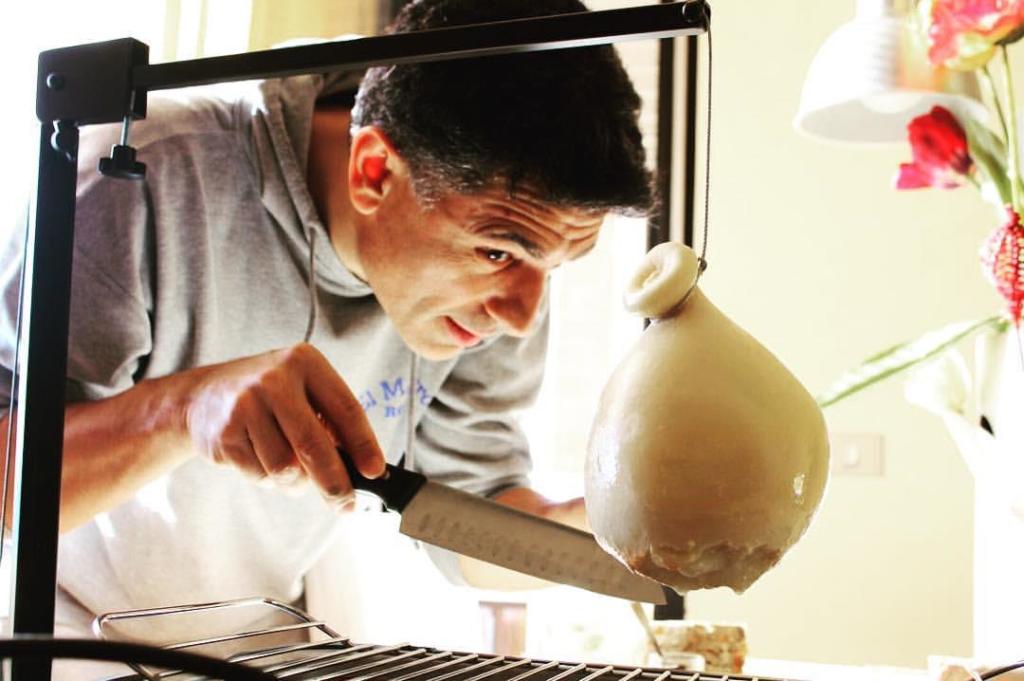 As I walked by Eataly, recently, I was attracted by the smell of cheese that melts down.

My memory went to the beaches of Salvador de Bahia, the cheso chenjo that I was kneeling on a portable handbag at the seaside together with the frozen beer.

However, I was from Eataly, it could not be a Brazilian specialty that was tapping my appetite.

After reaching the source of the scent I was petrified in front of a crowd of onlookers watching hang on a caciocacavallo/ cheesecrotch burning embers.

A very Italian cheese, with the typical shape of a bag, in fact, hung on a small embers falling from a metal arm positioned at art.

Slowly this cheese released their dough in the air springs spreading the delicious fragrance.

I had to taste it and know everything about this cheese by the name so spooky. Why call him hanged and not dangle? 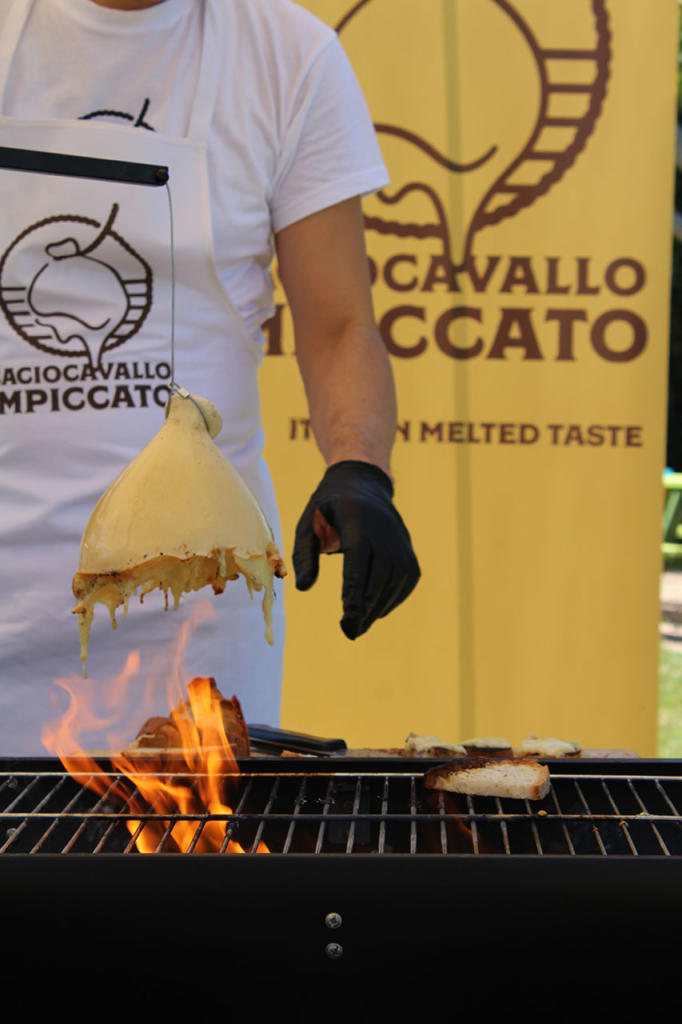 Because both terms indicate the same thing, being synonymous, but in the uncoscious who try repeating a centenarian Lucanian tradition, there is no room for the dangle term sounds much better hanged.

After asking, I found out that this custom of hanging cheese was nothing but the reproduction of a peasant gestural of southern Italy.

The kingdom of the two Sicilia not only had marked the cheeses, thus forming the shape of the form, but had also exorcised a tax, sweating and liquefying the sovereign head hanging.

What I was witnessing was not just the spectacularization of a baking technique, but the reproduction of a rite with a single protagonist: a wonderful cheesecrotch that liquefies for the joy of young and old. 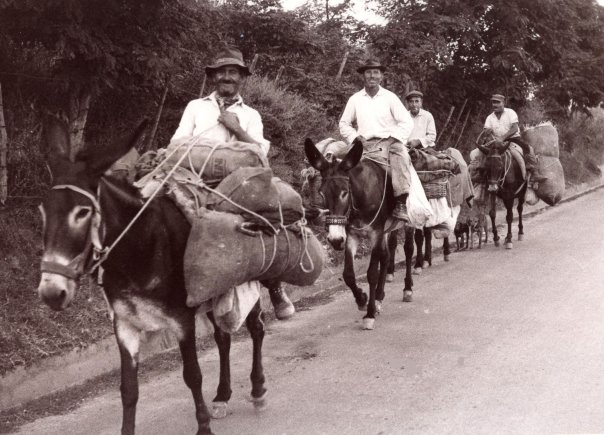 To taste it and to play an ancient ritual, it was a unique sequence of emotions, such as the one that will replicate as soon as the kit of the cheesecrotch I ordered will reach me in Padania.

The experience was not only repeatable but will be absolutely shared as soon as possible. Summer began and the custom of the grilled yaks perfectly matched with this cheesecrotch hanging.

I will rejuvenate my grandchildren as in the Lucan tradition and introduce an international apotropean gesture in Padania: we will cut our heads to the king of the cheese shouting around the fire, “hang it”, “hang it”. 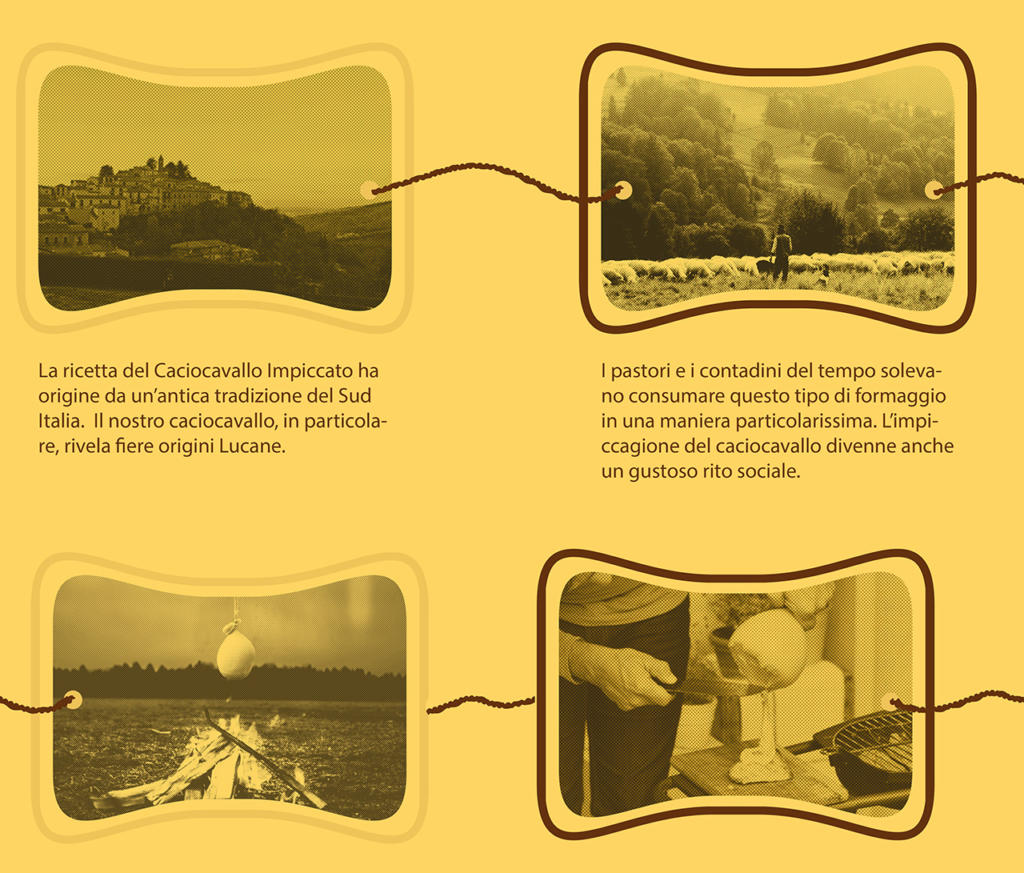 Column of culinary customs recounted, traditions to be revisited collected by those who let themselves be guided by memories of experiences in taste and flavor.