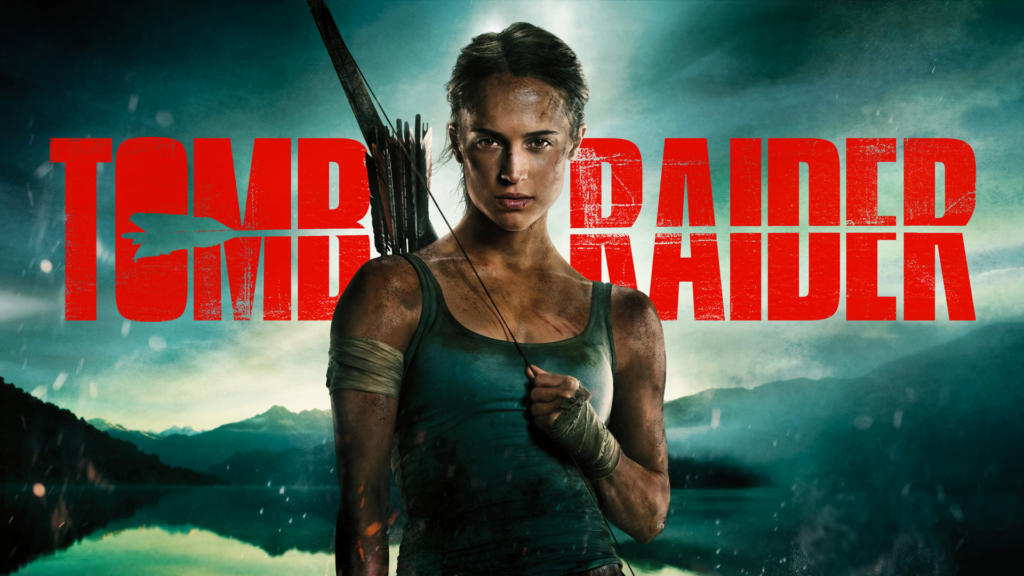 When cinema talks about videogames a little a little shive goes down on the players’ spines, too many time the cinema changes the stories that they plaing for days, weeks, months (for example  Doom, supermario, street fighters), because they have to fit in 2 hours a stoy that takes 20 to play all.

This time the film is a reboot dedicated at rebboot games of 2013…Lara Croft is only  a student with a lot of behavioural problems due to loss of her father.
When a message of him reach the girl, she decides to face the unknown and goes for an adventure even if she does’nt seem too strong for it.
The second part the action plays the main part, with quotation from the films like Indiana Jones  and sequnces of videogame surely recognized by gamers, to overcome the villain, leaving a bckdoor open for sequel (following the games). 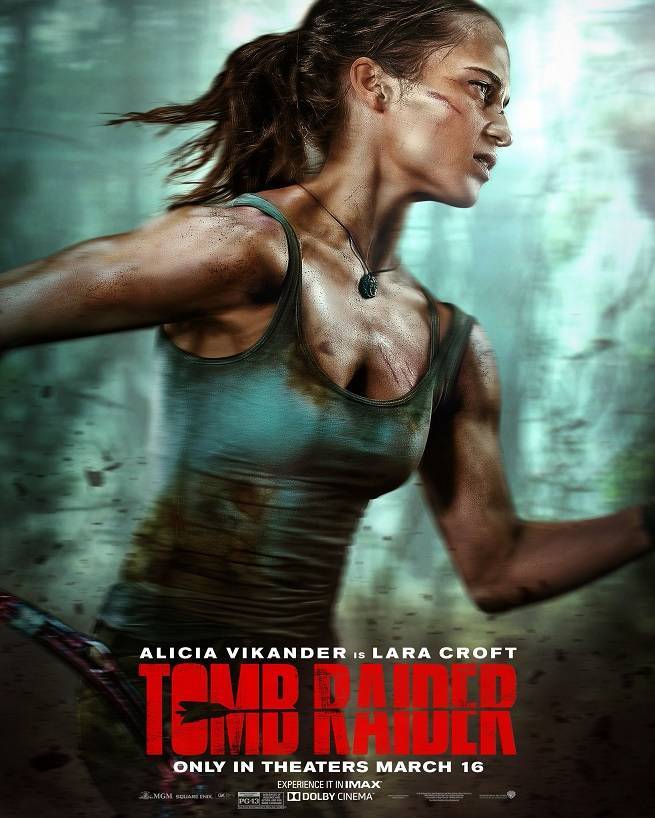 Tomb Raider is a 2018 action-adventure film directed by Roar Uthaug and written by Geneva Robertson-Dworet and Alastair Siddons, from a story by Evan Daugherty and Robertson-Dworet. It is based on the 2013 video game of the same name, with some elements of its sequel by Crystal Dynamics, and is a reboot of the Tomb Raider film series previously played by Angelina Jolie.
The film stars Alicia Vikander as Lara Croft, in which she embarks on a perilous journey to her father’s last-known destination, hoping to solve the mystery of his disappearance. Dominic West, Walton Goggins, Daniel Wu, and Kristin Scott Thomas appear in supporting roles.

Lara Croft is the fiercely independent daughter of an eccentric adventurer who vanished years earlier. Hoping to solve the mystery of her father’s disappearance, Croft embarks on a perilous journey to his last-known destination — a fabled tomb on a mythical island that might be somewhere off the coast of Japan. The stakes couldn’t be higher as Lara must rely on her sharp mind, blind faith and stubborn spirit to venture into the unknown. 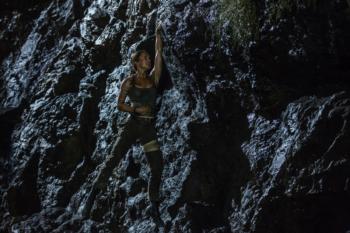 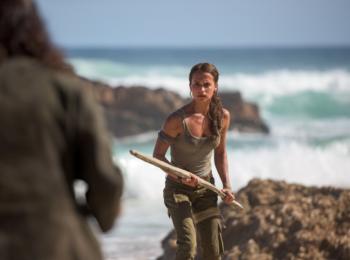