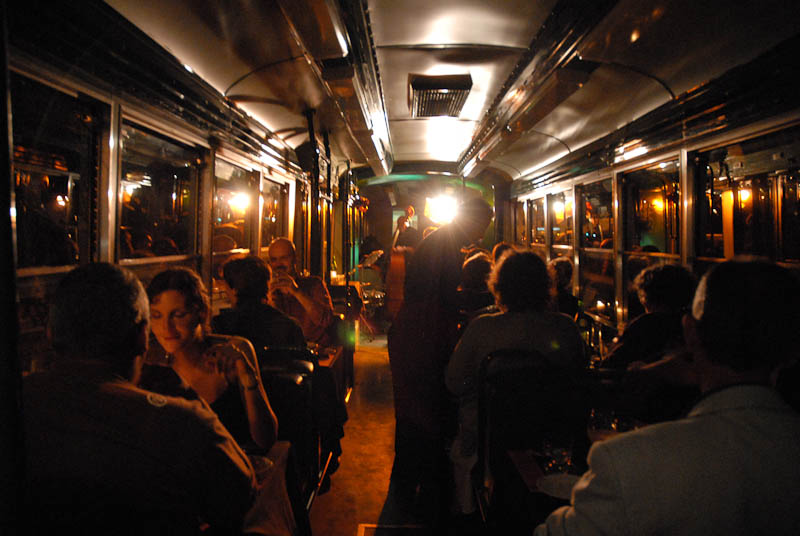 We wanted to tried experience firsthand offered by Tramjazz.

Starting from Piazza di Porta Maggiore at 9.00 p.m. to arrive in the same Piazza di Porta Maggiore at midnight. Three hours in a really nice atmosphere to dine by candlelight in the music and the timeless charm of the most beautiful cityof the world: Rome. The tram, a Stanga of the year 1947 from Atac historical collection, becomes the own personal window on Rome, through San Lorenzo, Viale Regina Margherita, Valle Giulia, S. Croce in Gerusalemme, San Giovanni, to Imperial Fora, stopping for a few minutes on the stop track of Parco del Celio, right in front of the Colosseum. No restaurant can boast a better wiew. 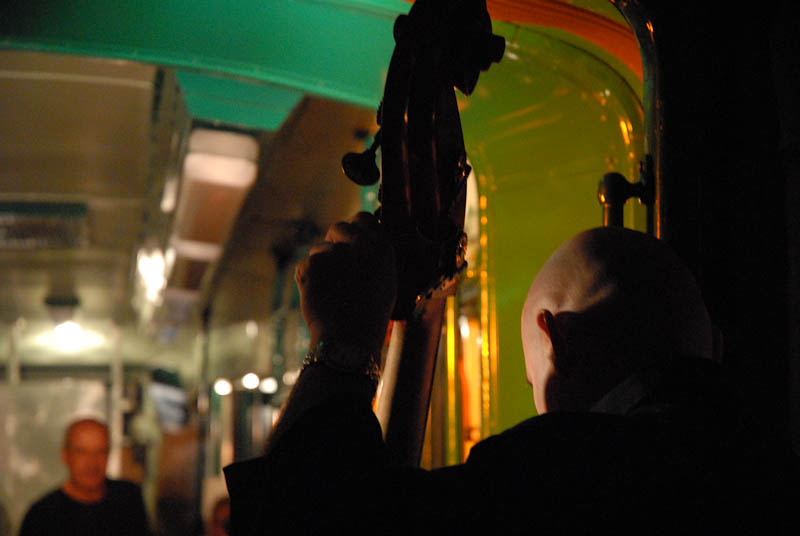 Rediscover Rome, places so well Known to us who live there, its night lights, from a viewpoint so different, is an eperience that is really worth living. Not only for tourists, so. 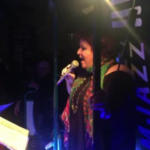 Dinner is served, based on products of Lazio, Kilometer zero, by really attentive and friendly staff on board. And between one course and the next, you can watch the live musicians.

Having chosen the date of April 21, the birth of Rome ( Natale di Roma) they performed for us Raffaella Siniscalchi ,vocals, Massimo Antonietti on guitar and Dennis Negroponte, accordion, in a selection of songs dear to the Roman tradition. 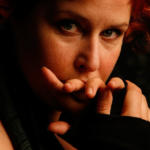 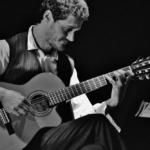 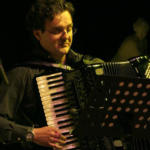 Christmas of Rome, formerly known Dies Romana and also known by the name of Romaia, is a secular festivities linked to the founding of the city of Rome, celebrated on April 21. According to legend, Romulus founded the city of Rome on April 21, 753 BC. (Wikipedia)

From 21 April 753 BC it’s been a while, but let yourself be carried on the rails, with a glass of wine in hand, give the time to show you, so beautiful, Rome.

A tip, forget smartphones at home and enjoy the ride.

www.tramjazz.com on site you will find all the information about the service and the musical offerings. 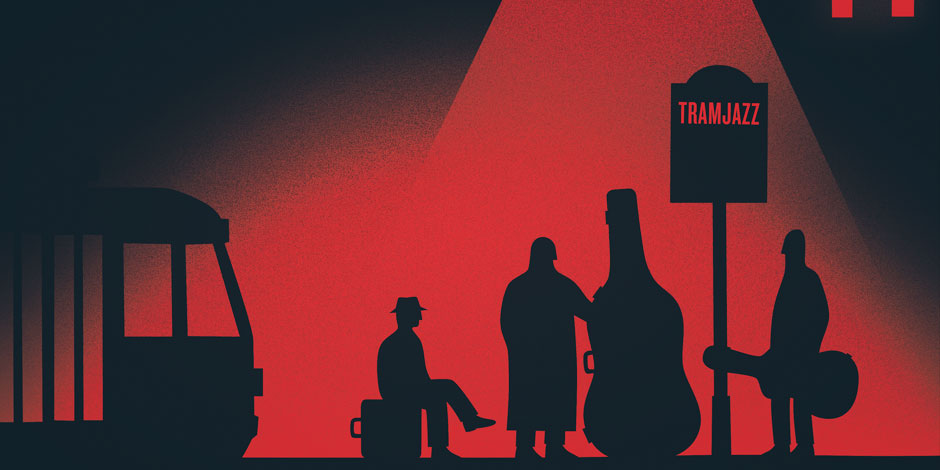 It is a music touring dinner: a perfect harmony of quality, beauty, passion, invention.

A special evening offering a jazz concert, a great dinner by candlelight and a night tour in the center of Rome, everything on board a historic tram, restored and rearranged as restaurant and concert hall.

The Tramjazz ingredients are: Rome, food quality, originality and quality of musical offerings and musicians who participate.

Departure is from Piazza di Porta Maggiore at nine pm (21:00) on the quay, near the hut of the controllers.
Comes the tram set tables and lit candles.The band, placed in the rotating platform at the center of the car, begins to mention a first theme music, the audience while you can taste a dry sparkling wine from Lazio.