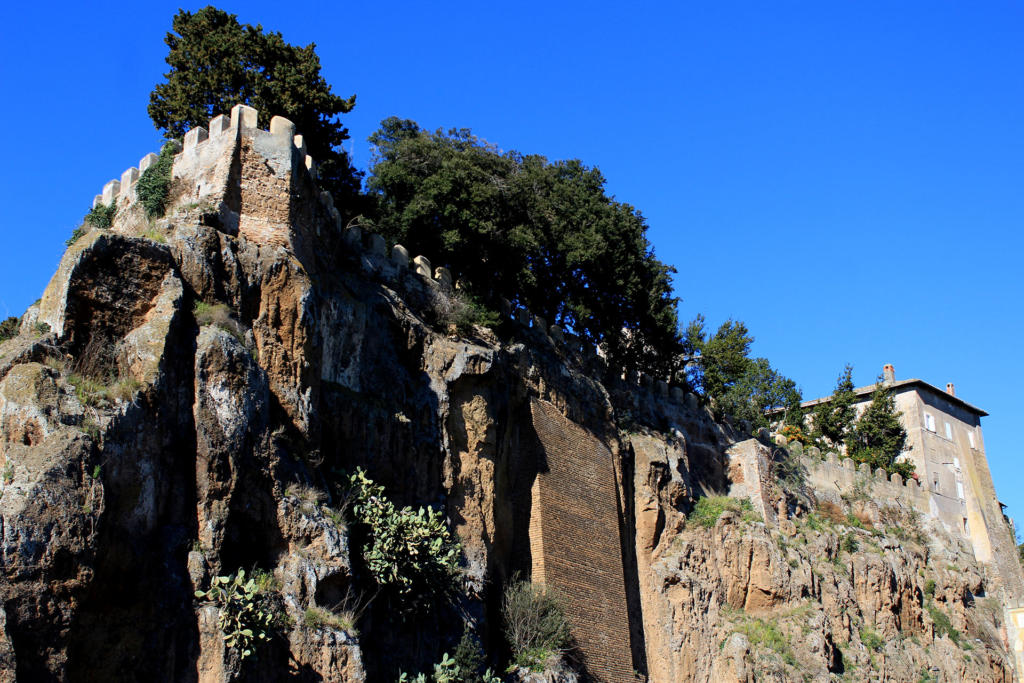 When I present the new book guide “Luoghi segreti a due passi da Roma” (“Secret Places a stone’s throw from Rome”), a slide appears in which Harrison Ford, in the mother scene of “Indiana Jones and the Last Crusade“, comes out of a dark canyon and suddenly finds himself in front of the temple where the Holy Grail is hidden.
Today Petra, the location of the film, is a famous tourist destination, and the appearance of El Khasneh at the Faroun is now a classic.
But thirty years ago that scene impressed me quite a bit.
“And why, Luigi, this cinematic reference?” I get it! 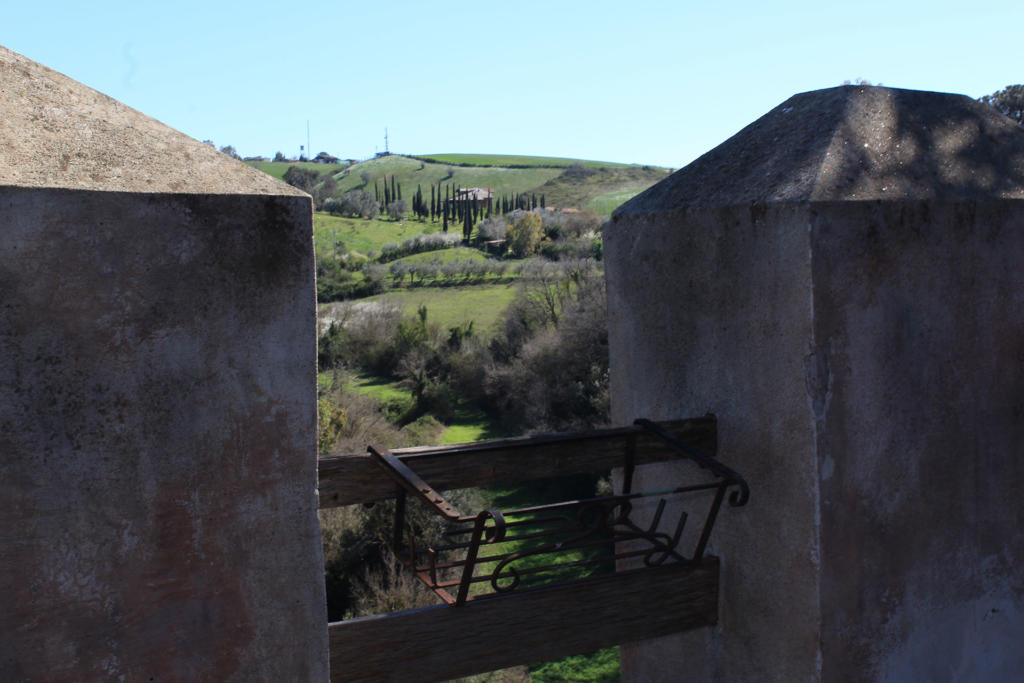 Ceri has always been for me a place full of energy and mysticism, isolated as it is on its fortress equidistant from Aurelia and Braccianese.
One day, at the suggestion of a friend, I set out to walk through the gorge that opened up at her feet and a world opened up to my eyes. 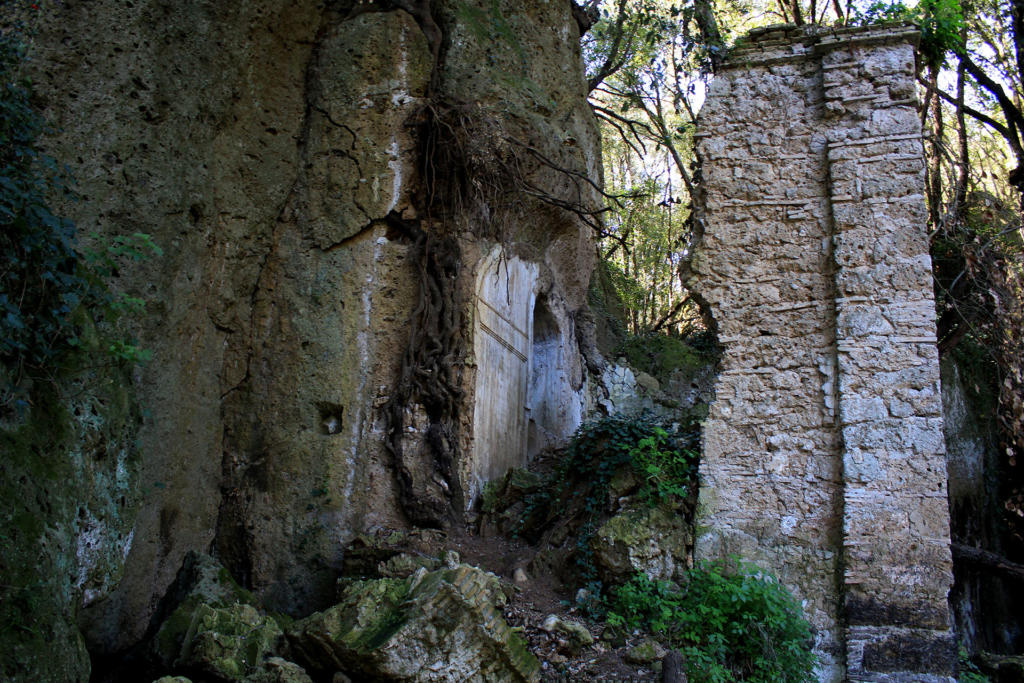 I immediately came across a huge cistern and the ruins of an ancient grindstone. Then, skirting the small river, which flowed immersed in lush vegetation, I came across a flooded tunnel, which fed a picturesque fountain below, of ancient workmanship.
Shortly afterwards I found myself in front of a percolation among immense boulders.
I passed it and, just as the temple appeared to Indiana Jones, so did the tiny chapel of San Felice, built a thousand years ago, slightly leaning against the rocks, next to an Etruscan quarry road, on a spur on the gurgling river and not far from a waterfall.
I felt an inner stillness and, at the same time, a kind of energy.
The Romans believed that every place was guarded by a benign natural/supernatural entity, the “Genius Loci”. 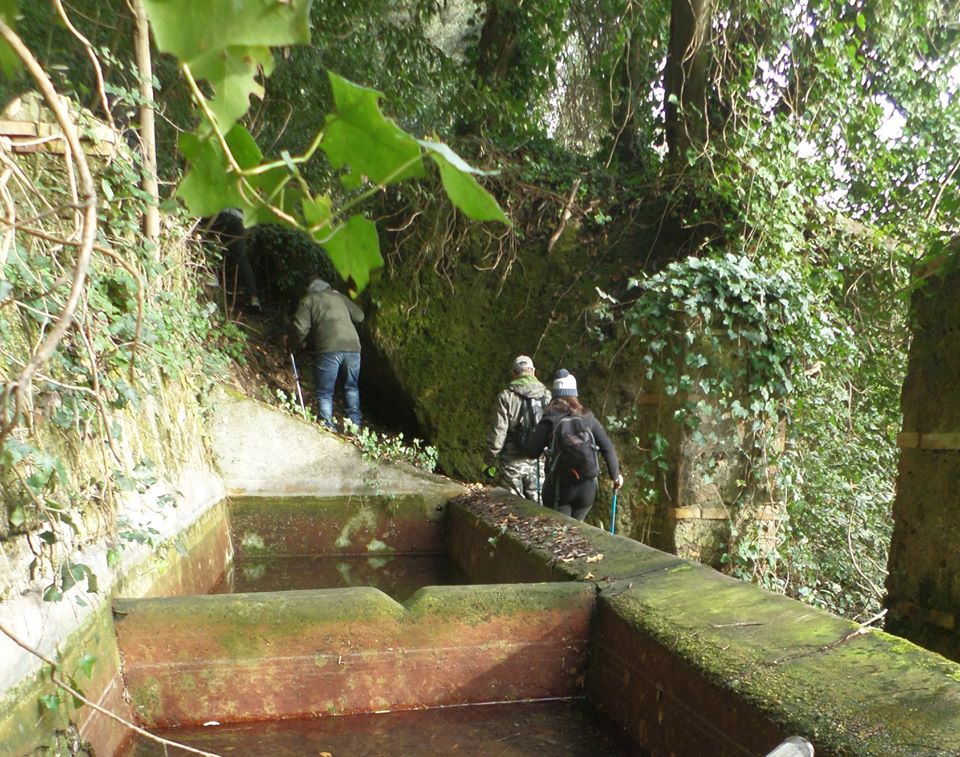 Certainly our ancestors, unlike us, were in connection with nature and felt its primeval forces, which could be ominous, but also provide protection.
And they certainly felt these energies also in a “sacred” place like this one, where San Felice was built (certainly on the foundations of an ancient pagan place of worship), in union with water, rocks, the hollow way and with his Genius Loci as an accompaniment.
They felt the strength” (Obi Wan Kenobi docet) and tried to weave friendly relationships with the forces of nature. 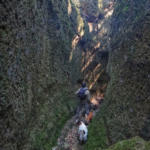 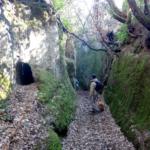 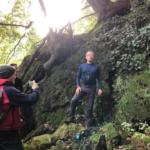 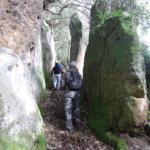 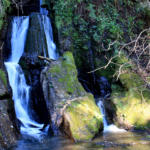 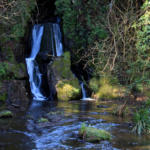 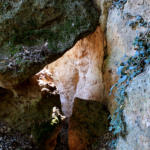 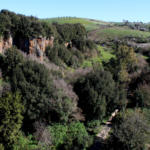 And … I wonder if the energy, which I also felt at the time, was due to the Genius Loci.
Moreover, thanks also to quantum physics, we know that our senses only perceive a minimal part of the forces present in nature and that only some particularly “sensitive” perceive them.
Four years ago this little rock church collapsed and the magic dissolved.
Despite this, this site remains enchanted and will always be, for me, a place of the soul, a symbol of the land where I was born, of my Italian identity.
Its collapse pushed me to write the guides to the secret places near Rome, which are protected by the respective “Genii Loci”, ready to give shelter and comfort to those who want to connect with these sites.