Saturday November 14, 2015 with great enthusiasm, I participated in the event by Tiziana Gallo “Vignaioli di Langa e Piemonte” at The Westin Excelsior Rome, an event that was waiting a while ‘. Want for the excellent wineries present, either because many of the winemakers who were at the tasting counters are longtime friends and I could not wait to hold them again and to taste the new grape harvests, and because I was curious to know new and to meet vigneron with whom we i had taken in the past few and sporadic messages on social.

One of these, Cascina Fornace and eclectic Enrico Cauda. Present at this tasting with its 4 wines: Desaja 2014 a 100% Arneis, a wine that should have been called Roero Arneis DOCG, but having undergone a light maceration on the peels and acquired after this, a light golden color, the Committee on assignments DOCG considered a color not valid with respect to disciplinary, therefore will be Desaja white wine. Roero Arneis DOCG 2013 100% Arneis, Visca 2014 100% Nebbiolo. Roero DOCG 2012 100% Nebbiolo.

I cannot explain what binds me to a wine, certainly some leave a mark after the drink, others remember a special time in my life and time when they were tasted, others are still in the heart, not only because of the emotions that the drink offers, but also for the people who have built, developed and sweaty. So I will take the heart of the wine Cantina Fornace. Wines made with extreme knowledge, the hands of Henry show how much work and effort behind a wine and we should always remember. We should every time you drink a toast to those who also gave us the chance to do with that glass. Ps (Then he is so cool).

I meet the great man of the Società Agricola Trediberri , Federico Oberto, a man who looks at you, tell her world, made of hard work, his eyes perfectly represent his frankness and love for his land. Each time hug him, I greet him and drink his wines I feel at home. In tasting Langhe Sauvignon DOC 2014 Langhe Nebbiolo DOC 2014 Barolo DOCG 2011.

Big sinking heart a review of women wine that I admire more, Milena Vajra. G.D.Vajra I estimate her for her smile, his kindness and his way of doing extremely kind, so that I remember how important it is to love what you do. Woman charm imposing, charismatic that few people I recognize. A woman who would hold under attack charmed by his talk, entire platee and do not ever get tired of listening to what he has to tell his “Stratospheric wines” award-winning. 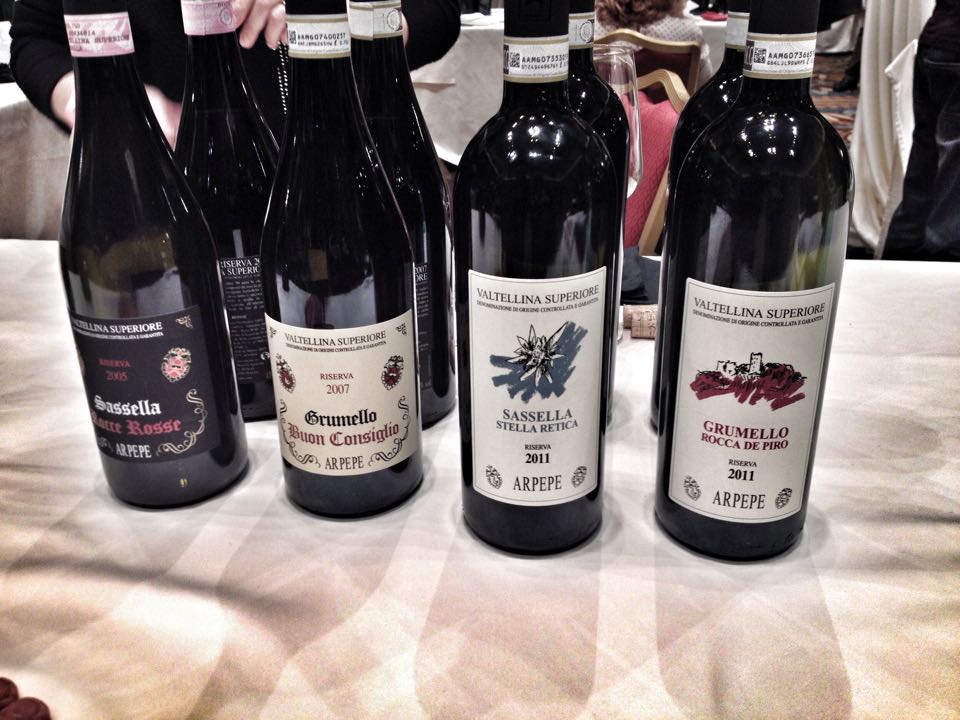 At the event they were also present jewelry of other regions that have in common the production of wines made with Nebbiolo as ARPEPE. Wines that never disappoints. One word: excellent.

My new.
Rocco Carpeneto cellar that convinced me in full, and that is one of the finest examples of the new wave of wines upper Monferrato Ovadese.

With its Rataraura 2013 Barbera Monferrato Superiore DOCG, I can say I was enchanted. 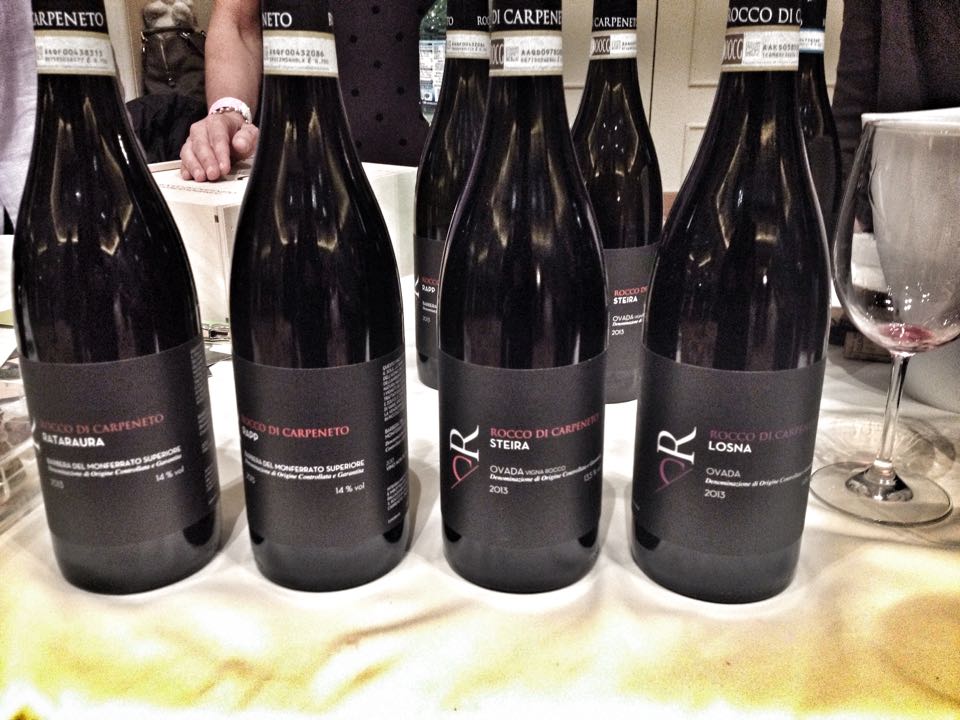 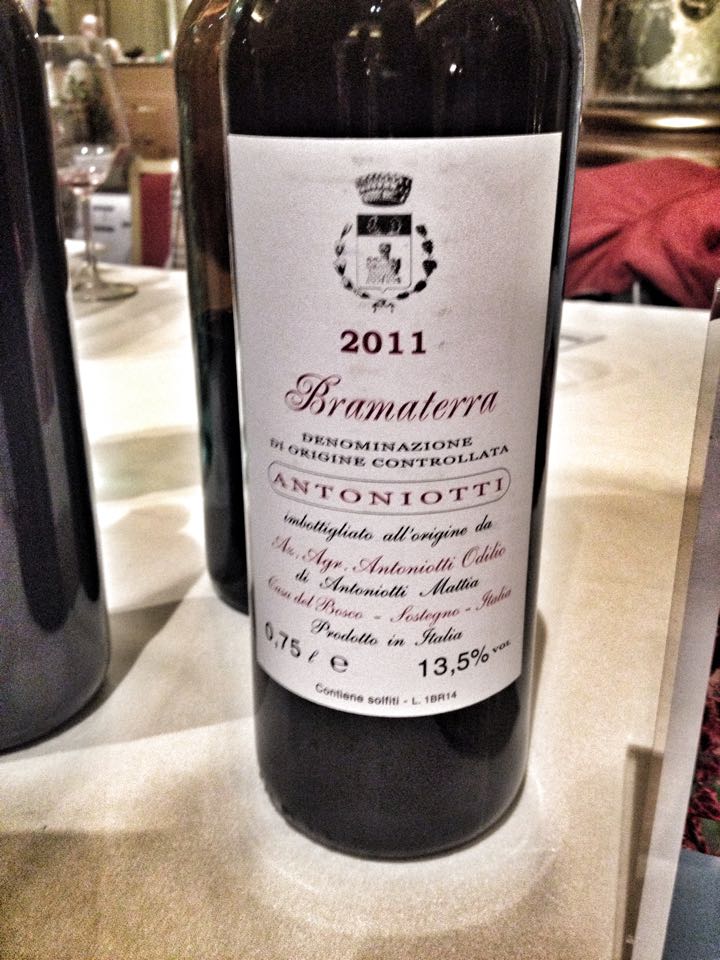 Muscat different, unusual, so that you can drink with dishes such as a cheese or a light main course, yesterday I would have combined with a tartare of cod .

I do not hide that I was also fascinated by their Vermouth.

It was a great day, full of interesting tastings, of novelty, of friends. One of those that deserve tastings attended by fans, journalists and people in the field. 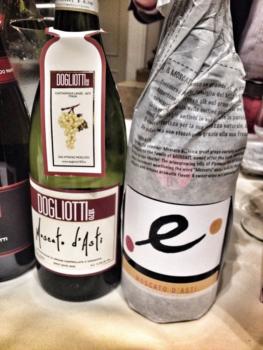 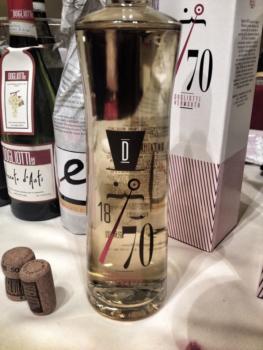 Events where you have the opportunity to drink wines that have a thickness in the national and international oenological world. Then the discoveries of new companies with great wines makes you even more appreciate this appointment. Excellent organization. Hunger we thought that DOL with cheese and salami gave guests the opportunity to combine in a smart and fast goblets that order to savor with food of great value.
See you next year. Can not miss.
In the meantime, drink well.

Sommelier Ais, a life in alcohol. I keep so young . Ex editorial director of a newspaper of food and wine, collaborator of online newspapers for wine and food. I have a Supper Club in Rome ” Appartamento9 ” a project in which I strongly believe . Because sharing is the greatest thing in the world, especially in the company of a good meal and a great wine . The passion for cocktails. I do the most good mojito in Rome.
A sudden change of lif, where I left behind me 23 chilos, many enemies, and lots of knowledge I held tight to me, everything that I did become a better woman.
I was the “EX PERFECT”: ex teenager, ex fashion designer, a ex professional dancer, ex tennis player, ex girlfriend,ex -smoker, ex too good .
I became a balanced over the top, a single not by choice, a sommelier who loves infinitely wine. She loves him in his endless features, always looking for new producers. A runner, but above all, i’m back to being happy. Here begins my project of private tastings . Made in my apartment , in summer on the terrace of the house, in winter they moved inside the four walls. A ” Supper Club ” where taste is the watchword . I like taking care of people, and i discovered that through the wine and good food I can fully.
Tastings made ​​for max 6 people, where you can eat drink and talk about what you want. Because wine is conviviality, friendship , old and new.
The house is habited by two cats, if you do not like animals , We can’t became friends.
For everyone else , this is my apartment and you are welcome.
P.S. The photos are taken by an I-phone 4. If Apple were to one day read me and gift me an I -phone of last generation , I would be more than happy .

www.appartamento9.it
3 comments to “Winegrowers of Langa and Piedmont 2015”