Villa Giulia in Rome is considered the most representative museum of the Etruscan civilization.

The italian Ministry of Cultural Heritage and Activities has established as many as 10 new cultural places of significant national interest and among them stands the National Etruscan Museum of Villa Giulia, which starting from 1 September 2016 it is configured as a special autonomous institute, no longer dependent on the Museums of the Lazio region.

Following the international public selection, the office of director of the museum of relevant national interest is conferred to Valentino Nizzo.

We meet and interview the director Valentino Nizzo, author of several publications on subjects related to the protection, management and enhancement of cultural heritage.

Valentino Nizzo, Archaeologist, is the director of the National Etruscan Museum of Villa Giulia. Young and brilliant in 2000 he graduated with honors in classical literature at the Sapienza University of Rome, where he later specialized in archeology. Since 2010 he has been an archaeologist official at the Archaeological Superintendency of Emilia Romagna. PhD in Before joining the Mibac, he had several experiences in the field so much that he has many excavation and archaeological reconnaissance activities in his curriculum.

The fake news is presented in a strange and devious way: the Mayans, the Aztecs, the Anunnaki, the Egyptians, the Vikings; all of them have their ancient alien that helped them while strangely not for the Etruscan civilization.

The Etruscans actually have in their history, precisely in their genetics, a mystery that resurfaces many times over time from antiquity to the present. Perhaps, for this reason, they did not need contact with alien civilizations because they seemed, since ancient times, themselves aliens for a reason, apparently simple, which is the basis of the so-called Etruscan Mystery but which caught the attention of all: the fact of speaking a language impossible to codify with respect to the languages ​​known in the past, the Indo-European or the Semitic ones, therefore starting from the language the origin of the Etruscans appeared immediately abnormal and this issue is also added to the problem of their appearance, of their society that appeared to Herodotus, in his time, particularly oriental enough to generate the idea of ​​the origin of one of their diaspora from the east. In reality the Etruscans were able to hybridize assimilating other cultures such as the Greek and the East, including Egypt, and in this sense to give a deviated idea of ​​their origin in a cultural context in which it was easy to think that a people could move into mass from one region to another. So yes there is still an Etruscan mystery still but it is not connected to those other mysteries with which we usually confront ourselves because there are simply no Etruscan pyramids or large buildings that have astounded, in reality an Etruscan pyramid would be there in Bomarzo but little comes quoted … 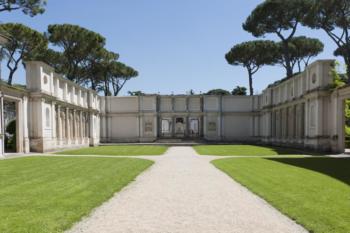 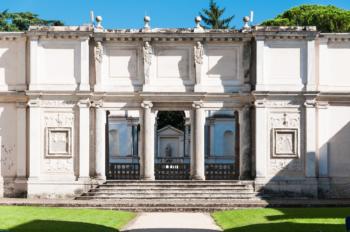 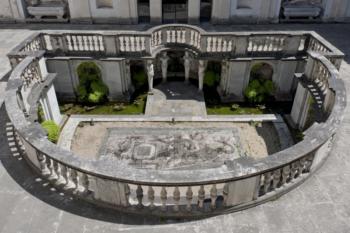 What can be the future of the museum as a center for the community, both on a strictly cultural level but also simply as a gathering point?

The museum must be first and foremost a home and as such must be perceived by those around it, so it lives in its vicinity, in this direction we have been working since the beginning of my mandate in May 2017 by actively pursuing the principles of the Convention of I am the framework convention on the value of cultural heritage for society. It seems an abstract concept but we have understood it directly in the mission of the Institute and it is realized with apparently simple initiatives: the establishment of a subscription that has created a community of people that can come whenever it wants in the museum during the duration of the subscription by participating in exclusive initiatives, dedicated only to our subscribers, as well as other opportunities that are reserved to them as the opening of unique spaces such as the Sala dello Zodiaco or also through other initiatives such as those we have destined for neighborhood shopkeepers, we have invited them here in a visit dedicated to them free of charge made by me, which makes them, I hope more and more, and will make them, ambassadors of this museum or with different expressions of interest, this year we are at the second that allow third sector associations to propose initiatives consistent with the mission of the institute in exchange for the possibility of using our facilities for free spaces. This is a healthy relationship with the citizens and collaboration with the voluntary realities which is also healthy and which responds to the principles for which these realities are born is a way of aggregating not necessarily telling only the Etruscans but all that a museum can represent in the society that goes sometimes well beyond its content and its container, which in our case are extraordinary. A museum must be a place of active reflection on contemporary society on its problems, its aspirations and in this sense it must be a civic engine. This we are doing and the results are seen and fortunately we are recognized. The last thing we did in this direction was simply to launch a hashtag # sipuòFaro to make sure Parliament finally decides to ratify the Faro Convention.

We say yes we try to do even more we will have to try to focus, even if the definition is a bit uncertain, towards a 3.0 in 4.0, which does not mean simply accepting new technologies in the internal and external narration of the museum. it also passes through the use of people who can “recall” past times and therefore historical re-enactment living history and museum theater are some of the naturally occasional events that we try to host hoping to make this type of experience more and more stable. Let’s call it a 4.0 museum, it simply needs to be open to all types of public. MI RASNA means “I am Etruscan” and it is the idea of ​​free videogames, we have provided images behind a symbolic fee, we have especially provided scientific advice to improve the videogame experience and in this way we have allowed, together with many other museums involved in Mr. Amoroso, the realization of something that has no precedent in the first place because it involved so many different realities both of the ministry and civil society, secondly because this is a video game that , certainly it rewards those who guess some quizzes with credits, also induces players to go and see the places of culture live, obtaining credits that are then reinvested in the gaming experience this makes it possible to grow in managing a city of the Etruscans you can cross the different eras of Etruscan history by learning in a fun way how much a museum seeks to consider sometimes more seriously. But the key is this: the key is to have on one side an entrepreneur who invests in a project that must have its own sustainability and therefore I emphasize this we have not funded in any way the videogame indeed we have obtained a fee and in the second place thanks to this sustainability makes the project grow reinvesting on the museum because we will host an event financed by Amoroso on June 2nd with historical re-enactments and competitions linked to the videogames Mi Rasna called “Io sono etrusco” because it’s a way to feel a bit of more Etruscan.
Why? I tell you to close a museum must be an experience … 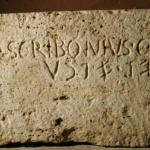 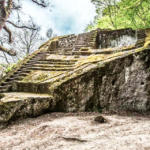 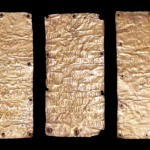 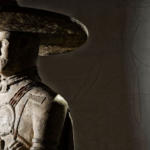 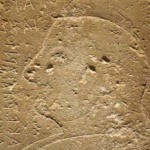 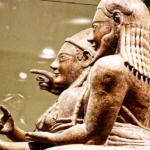 The National Etruscan Museum of Villa Giulia is a museum in Rome dedicated to the Etruscan and Faliscan civilization, housed since the beginning of the 20th century at Villa Giulia. (Wikipedia)