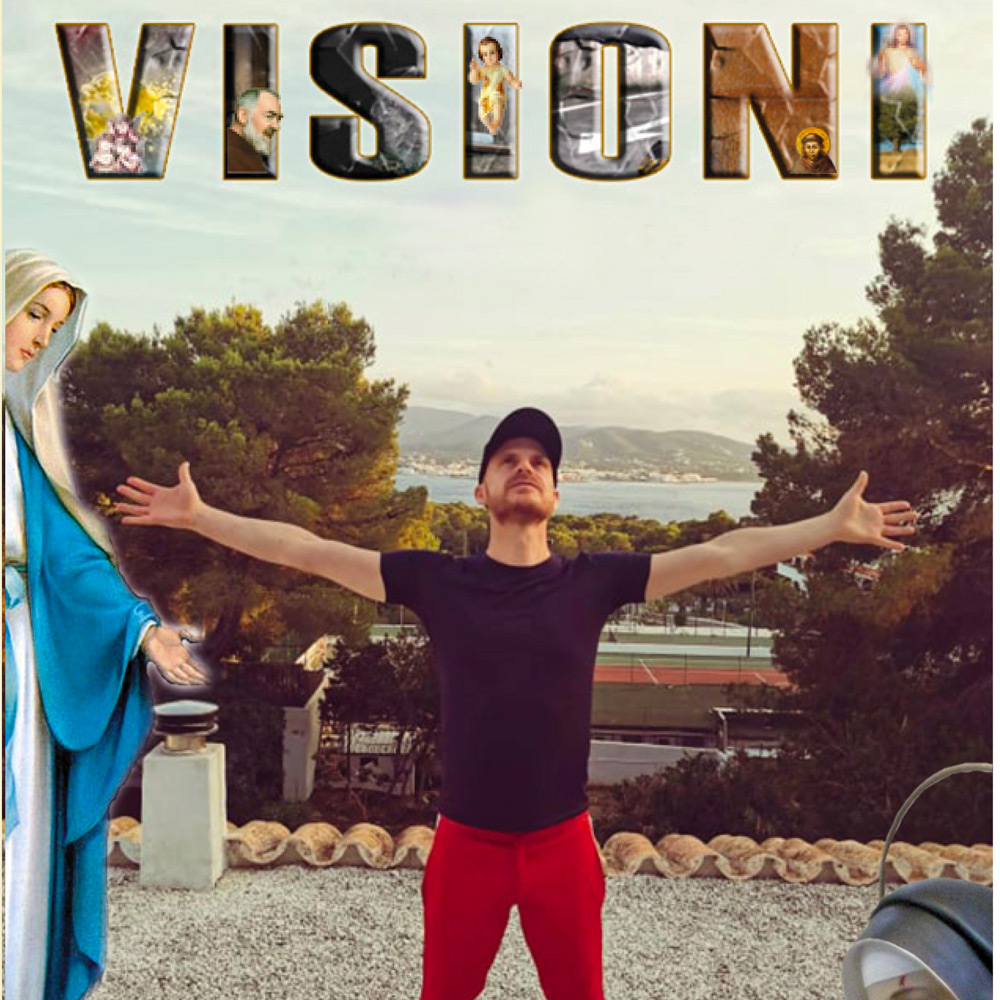 “Visioni (Visions)”, the new book by Maximo De Marco, is a dimensional journey a realistic dream between the dimensions of existence.

A book is always desirable under the family Christmas tree and is always a pleasant and useful gift given the current pandemic situation.
This book is a dreamlike journey between our dimension and the other dimension, the one that man cannot see but can only try to perceive. According to the author this “journey” can help us to understand the meaning of  life and to make our relationships with others, our affections that we live in this world every day, more intense.
These “Visions” have been collected by the author over a period of 14 years, from today since his spiritual conversion, in a sort of prophetic image in which many of these “visions” have really happened.
From the abdication of Pope Benedict XVI, to the arrival of Pope Francis, to the pandemic that has affected all of humanity. But the book also contains “Visions” of hope aimed at strengthening one’s faith which helps to overcome the difficult moments that everyone goes through in the course of their lives. 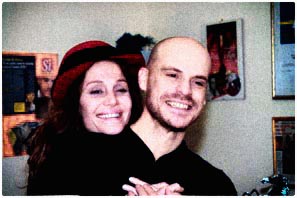 The preface was written by the actress muse of the great Federico Fellini and David di Donatello award winner, Antonella Ponziani. 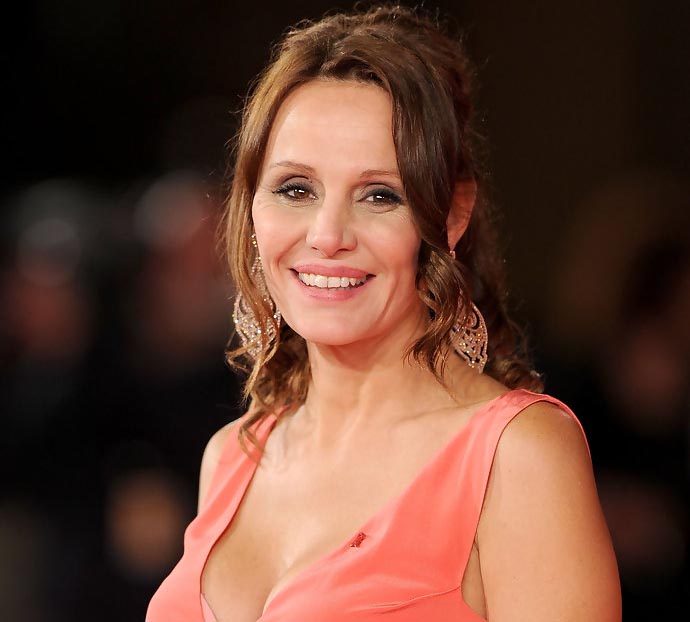 1) Antonella why did you agree to write the preface of this book “Visions”:

Because I have been very attached to the author for many years, by a deep friendship and professional esteem and also on the spiritual side, after the film in which we worked together “Petali di Rosa”.

2) Tell us about this spiritual bond between you and the author of the book:

I have known Maximo for many years, I met him through my sister Cinzia and a deep friendship was born immediately between us … so I know the Maximo pre-conversion version and the one after the conversion and I can testify that they are completely two people. different, from a human point of view, I saw this sudden transformation of Maximo that left me speechless and when he told me what had happened to him I had a hard time believing it … then I was convinced that it was all real! And after the film “Petali di Rosa” directed by him, I had the opportunity to see with my own eyes and experience them firsthand … extraordinary events have occurred that are inconceivable to a man to explain … and this has bound me spiritually to Maximo.

3) What this book represents for you and what it wants to communicate:

“Visions” is not simply a book … it is a hidden world that the author reveals to us … a world that he has kept hidden within himself for 14 very long years! I don’t think it’s easy to keep such a heavy secret inside … knowing things that will happen in the future and not being able to reveal them or talk about them with anyone! I don’t know if it is more a blessing or a curse, in a positive sense of course … this book, however, strengthens our faith, makes us aware that above us there is a greater force that protects us, who loves us and guides us in every choice of our life … 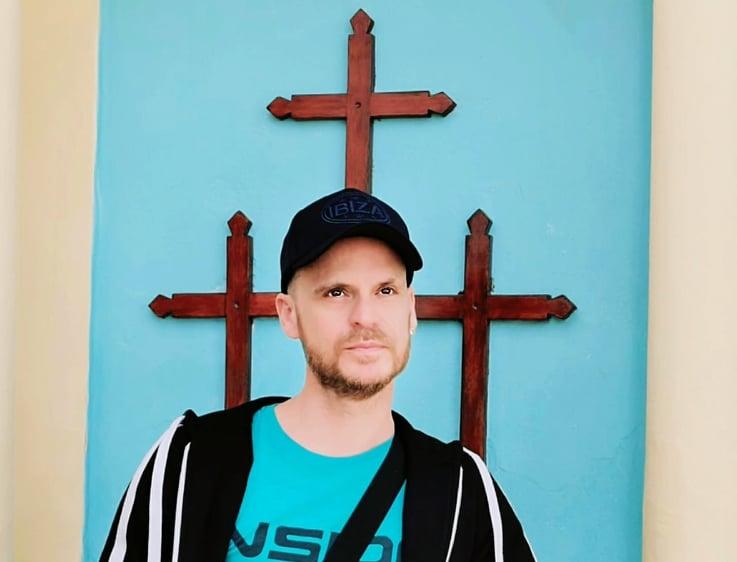 Like every artist I have a sensitive soul and this helps me to believe in what I don’t see and this book helps us to perceive and refine these sensations that every man has within him, some more and some less …

5) Why would you recommend reading this book?

First of all because it comes from a direct experience of the author and then because it helps us to connect with a dimension that we do not see but which exists and to give us the answers that every man has always made, on life, on death, on ‘love, on the profound meaning of everything, from sin to the freedom to be and to love … and a profound work that is really worth reading. 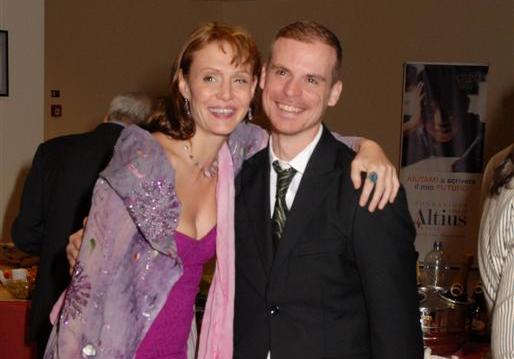 6) You say you have witnessed extraordinary phenomena with the author of the book … which ones?

Surely the “Vision” of Sister Rosa, on the set of the film … this nun who died in the smell of Holiness, who appeared for 10 minutes in front of all the artistic and technical cast during the shooting and left everyone in disbelief!

The next day they were all converted and prayed before shooting each scene! This for me is called a miracle! And it happened thanks to Maximo, it was he who conversed with Sister Rosa and many considered him a madman during the shooting of the film … after the apparition they all understood that it was all absolutely true! I myself am converted … and I believe that whoever reads this book will begin to believe! 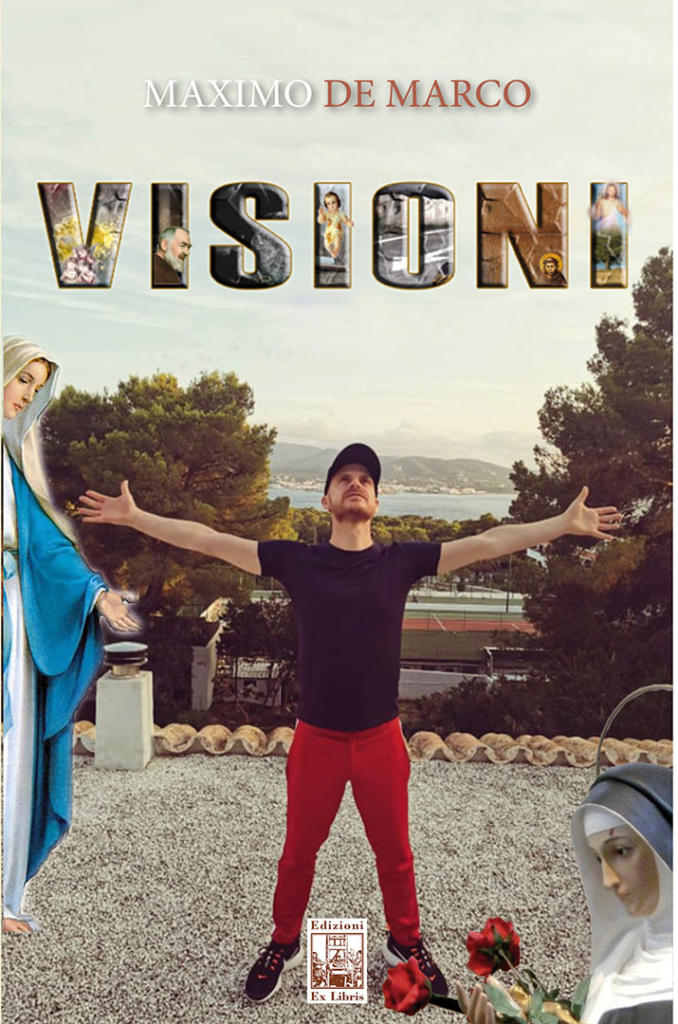 The publishing house that published the book “Visioni” is the Edizioni Ex Libris di Palermo by Carlo Guidotti, who strongly wanted this book from the first moment in which he had betweenand hands the drafting of the work! Edizioni Ex Libris extends its editorial interest to the most diverse fields of human knowledge, from social and political reflection to historical analysis, from novels to poetry, from the arts, in all possible declinations, to the world of childhood, fashion and ‘food and wine up to spirituality’.

Alongside authoritative writers and prefaces, who are prominent personalities of the cultural, institutional or religious panorama, Edizioni Ex Libris welcomes, in its vast and ever-growing catalog, first works by valid novice writers who make their scientific and university research experiences, their narrative skills and the emotions of a life that become elegant poetic lyrics; young and deserving talents to whom Edizioni Ex Libris gives their expressive space.

And in this work “Visioni” the publishing house has recognized an additional value that makes it a unique and almost “magical” literary work!