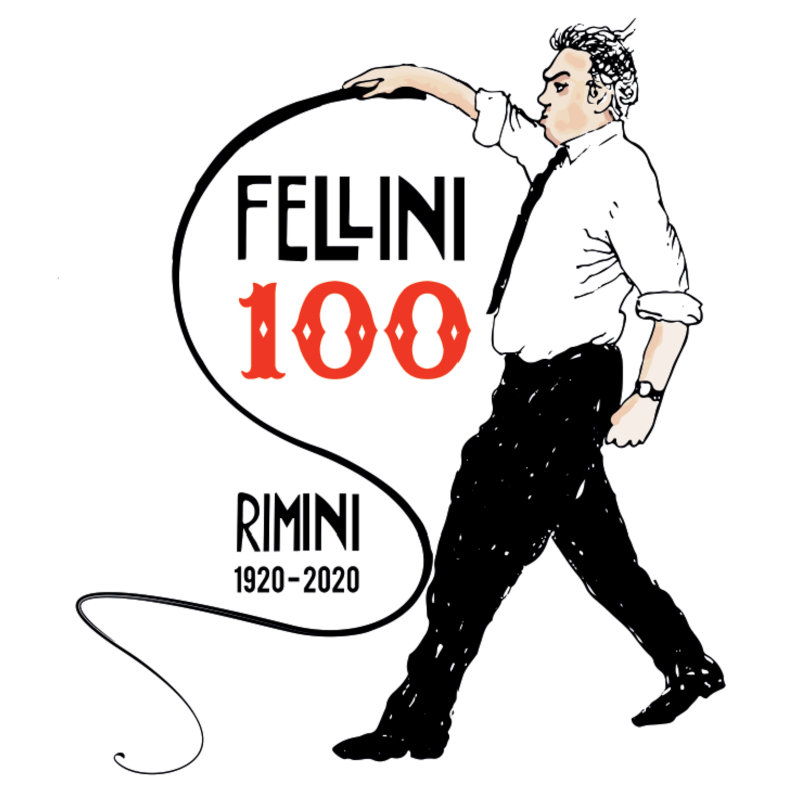 Rimini, Rome, Trieste, Milan here are the exhibitions and events, not to be missed, to celebrate 100 years since the birth of the director Federico Fellini.

Federico Fellini is considered the master of Italian cinema and has made Italy famous throughout the world as the country of the Dolce Vita.
He was born on January 20, 1920 in Rimini and for the centenary of his birth Italians are preparing to celebrate him with events and initiatives dedicated to him in the very places he loved and where he lived. 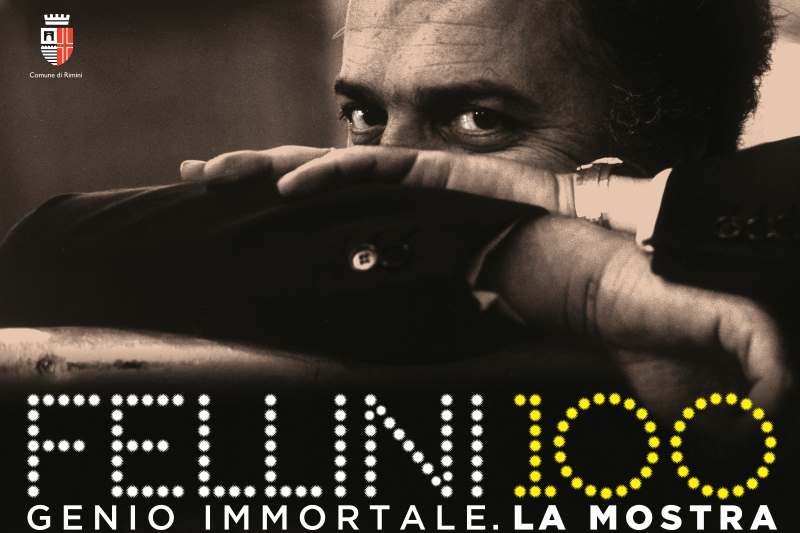 Federico Fellini (Rimini, 20 January 1920 – Rome, 31 October 1993) was a famous Italian director, screenwriter, cartoonist and writer. He is considered one of the greatest directors in the history of cinema, over a career spanning almost forty years he has made dozens of feature films characterized by memorable characters, so much so that some “characters” are now defined as “Fellini’s”. His works – from The White Sheikh in 1952 to The Voice of the Moon in 1990 – are characterized by a dreamlike and visionary style but with a touch of satire and at times melancholy.
Some of his most famous films, such as La Strada, Le notti di Cabiria, La dolce vita, 8½ and Amarcord, have now become a landmark in the history of cyonematography throughout the world.
La Strada, Le notti di Cabiria, 8½ and Amarcord won the Oscar for best foreign film. Fellini was nominated 12 times for the Academy Award, in 1993 he received the Oscar for Lifetime Achievement. His numerous awards include his two-time victory at the Moscow Film Festival (1963 and 1987), the Palme d’Or at the Cannes Film Festival in 1960 and the Golden Lion for Lifetime Achievement at the Venice Film Festival in 1985. 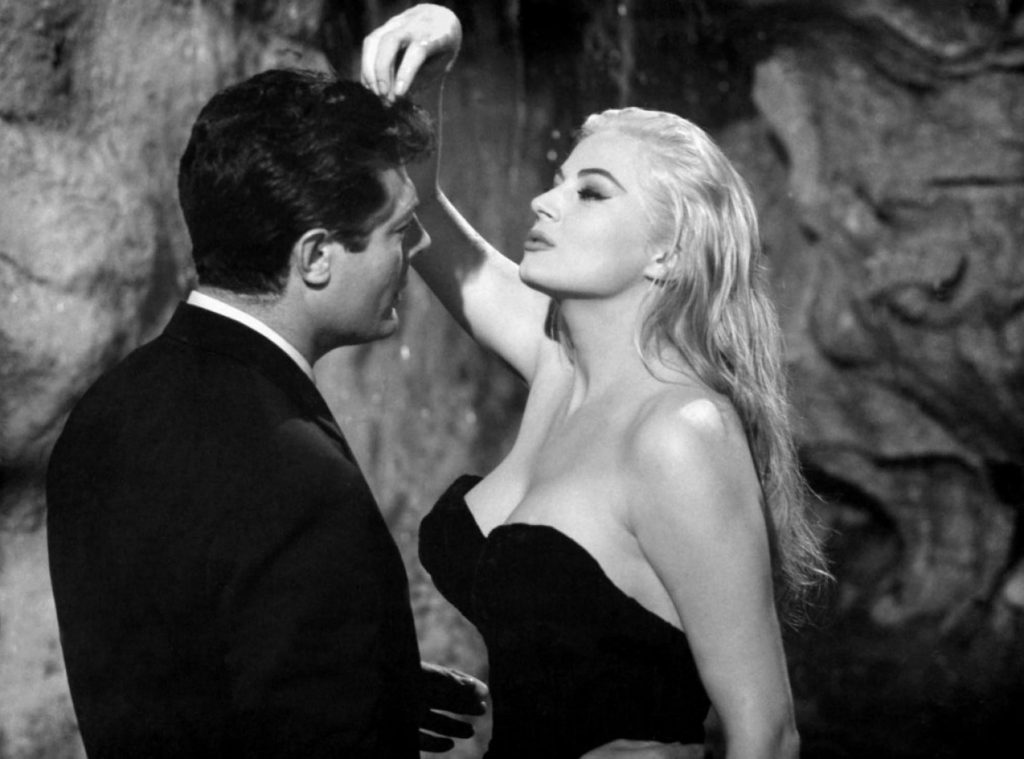 Fellini 100 immortal genius. The exhibition at Castel Sismondo, until 15 March 2020

Movies, drawings, costumes, manuscripts, photographs.
The exhibition is a sort of anticipation of the project of the new Fellini Museum, which will open to the public at the end of 2020. Set up through a system of “staging” as a film set, it revolves around three nuclei of content: the first tells the story of Italy from the 1920s and 1930s to the post-war period, ending in the 1980s through the imagery of Fellini’s films. The second core is dedicated to the story of the director’s travelling companions, real, imaginary, collaborators and not. Finally, the third nucleus presents the permanent project of the Federico Fellini International Museum.
Thanks to “Fellini 100 Immortal Genius. The exhibition” visitors will be able to learn about the unpublished material acquired and kept in the municipal archive capable of photographing Fellini’s imagination and creative path.

The exhibition Fellini 100 Immortal Genius (https://www.mostrafellini100.it) is curated by Marco Bertozzi and Anna Villari, scheduled in Rimini until March 15, 2020 at Castel Sismondo, and then become itinerant. In April 2020 it will be in Rome at Palazzo Venezia. Then it will unveil in Los Angeles, Moscow and Berlin.

The exhibition is divided into three parts. The first part traces, through the director’s films, the history of Italy from the ’20s and ’30s to the ’80s. The second part pays tribute to Fellini’s travelling companions, a series of stories on different media, real or imaginary. The third part of the exhibition is a presentation of the permanent project of the Federico Fellini International Museum, which will be permanent in Rimini.

FROM SATURDAY 18 JANUARY 2020
CASTEL SISMONDO (first floor)
For “Fellini OpenLab”, the temporary section of the exhibition ‘Fellini 100. Immortal genius’.
SULLA STRADA DI FELLINI from Mauro Penzo’s collection, a set up of unpublished photos on the set of the film La strada by Claudio Ballestracci

MONDAY, JANUARY 20, 2020
CASTEL SISMONDO (from 10 am to 2 pm)
Philatelic cancellation of the Italian Post Office on the occasion of the issue by the Ministry of Economic Development of a stamp dedicated to the centenary of Federico Fellini’s birth.
From PIAZZA MALATESTA to PIAZZA CAVOUR (from 17.30)
Show of arts and music with the musicians of San Crispino, with the tightrope walker clown KaiLeclerc and his “Fellini Upside Down”, with aerial choreography by Elisa Barucchieri and with the collaboration of Gianluca Reggiani.
PIAZZA CAVOUR (7 pm)
Cutting the cake with a taste of Fellini 100 English Soup and Fellini 100 cake
The homage of Master Confectioner Roberto Rinaldini
Sigep Event / Outside the salon
In collaboration with Istituto Alberghiero
GALLI THEATRE (9.30 p.m.)
Happy birthday Federico. The magic of the music of Fellini’s films performed by the SymphonItaly Orchestra and OLES of Lecce and Salento conducted by Maestro Vince Tempera. Info: www.teatrogalli.it 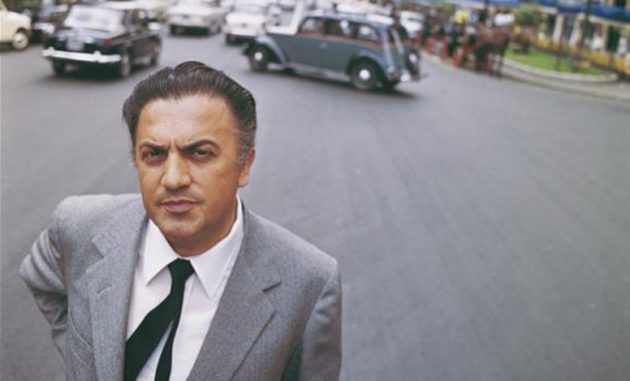 Exhibitions and events in Rome

Thirty images from the National Photo Library (Experimental Centre of Photography). This is the exhibition Federico Fellini scheduled in Rome at the Angelica Library until February 28th.

The idea is to give back to the public the man behind the myth, his gaze and his mimicry. It is not a filmic or biographical journey, therefore, but sentimental.

A surprising image of Federico Fellini four meters high dominates the visitors inside the Salone Vanvitelliano of the Library. It bears witness to the close relationship between the classical tradition of Italian cultural history and one of the greatest Italian artists of the twentieth century.

But the most curious piece by Federico Fellini in Rome, is an unpublished paper original from a private collection and entitled The Astronaut’s Diet. A work of divertissement, a game between friends in which he tells how to make artists and astronauts lose weight.

On the occasion of the exhibition, Edizioni Sabinae has published the book Federico Fellini with 150 large-format images from the Fototeca Nazionate (CSC) from which the exhibition is taken.

Rome celebrates the 100th anniversary of Federico Fellini’s birth also in music. The violinist Yury Revich and the accordionist Pietro Roffi pay homage to the director with a concert at Palazzo Altemps, Wednesday, January 22 at 19.30.

The appointment is the first of this year’s edition of Ō Tempo di Festival, at the Museo Nazionale Romano until 24 June 2020.

The two internationally renowned musicians are planning to perform a series of improvisations of the soundtracks created by Nino Rota for Federico Fellini’s films. As well as famous pieces of classical music.

Roma Felliniana – Ferretti dreams of Fellini at Cinecittà from January 20, 2020

Dante Ferretti, the Oscar-winning set designer who turned the director’s dreams into reality, and his wife Francesca Lo Schiavo dedicate an exhibition-installation to the director. It is Felliniana – Ferretti dreams of Fellini, which will be permanently exhibited at the historic Palazzina Fellini in Cinecittà.

The exhibition is not only a suggestive immersion in Fellini’s world. But also the story of a successful working partnership and a beautiful friendship. Ferretti and Fellini had met on the set of Satyricon (1969). They also worked together for La città delle donne, Prova d’orchestra, E la nave va, Ginger and Fred, La voce della Luna.

Felliniana, produced and promoted by Istituto Luce, is a small town inside Cinecittà. It unfolds in three environments that are three stages of a journey through the elective places of the director’s inspiration.

The car, which for Fellini was not only a means of transport, but also the favourite place where to converse, exchange ideas and tell each other’s dreams with friends and collaborators.

The house of pleasure, a synthesis of the imaginary contained in the film La città delle donne.

The cinema, or rather The Fulgor of Rimini, emblematic place of the director’s childhood. 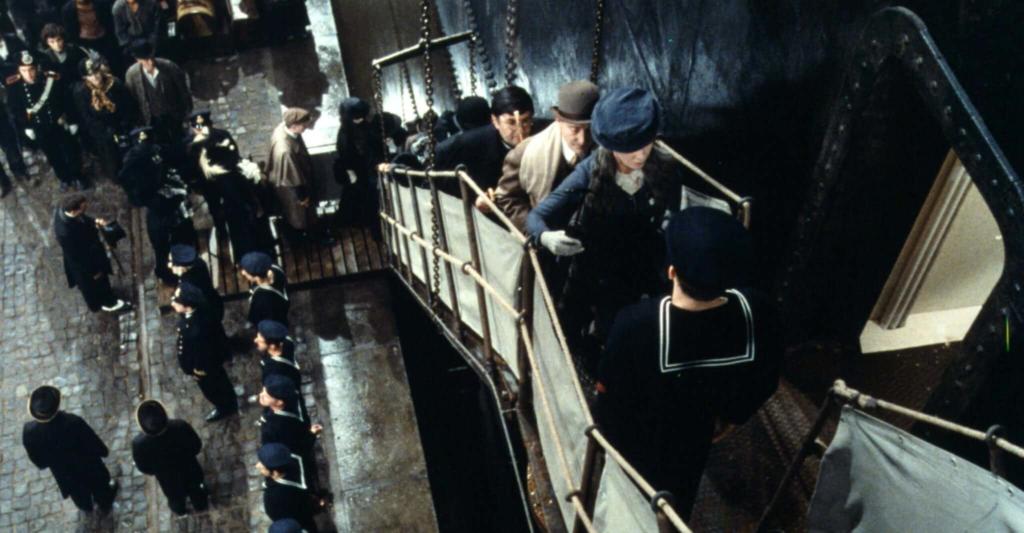 The exhibition in Trieste is Fellini. La dolce vita – 8½. Stage photos, scheduled at Magazzino delle idee until March 1st. It focuses on the two films.

Protagonists are the stage photographers of La dolce vita and 8½. Pierluigi Praturlon, author of the famous photo of Anita Ekberg in the Trevi Fountain. Gideon Bachmann, one of the most famous photographers friends of Pasolini and Fellini. Paul Ronald, called by Fellini himself on the set of 8½.

We see furry ladies watching Anita Ekberg’s famous bath in the Trevi Fountain in the middle of winter. But also technical workers such as make-up artists, hairdressers and actors working with the director.

The 120 selected photos are accompanied by stories, press clippings, posters and documents that reveal how Fellini’s two works, between production problems and censorship obstacles, saw the light.

Not much has been revealed yet, but the exhibition that Palazzo Reale in Milan will dedicate to Federico Fellini from next September 17th already promises to be unforgettable.

The title is 1920 – 2020 Federico Fellini. A story and is curated by Vincenzo Mollica, Alessandro Nicosia and Francesca Fabbri Fellini, the director’s nephew.

In the meantime, on January 20, 2020, Palazzo Reale will host an international conference entitled Ricordiamo Federico Fellini. A unique occasion, as the exhibition will be, to remember the visionary talent of the artist who was able to give life to his fantasy on film. Ccirchi, clowns, his beloved fairy tale women and men.

The conference is organized in the Conference Room while places last. Among the participants are also the heirs of Giulietta Masina. The coordination is by Maurizio Porro.

The exhibition 1920 – 2020 Federico Fellini. A story is born with the aim of being as Federico Fellini would have imagined an exhibition about himself. It will be full of archive materials: costumes, sketches, notes. And about his films…