The shows for the 40 Years of the ISIA in Rome opened its doors on May 22 2014 at the home of Piazza della Maddalena 53.

The intent is to celebrate the anniversary of the founding of the historical institute of design, offering the selection and display of scientific texts, photos, projects and awards that have characterized and characterize its teaching and research.

The exhibition will be organized so as to retrace the process, from the first institution in the period 1965-1972 Advanced Course in Industrial Design and Visual Communication, lasting three years, which he saw as the founder Giulio Carlo Argan, an art historian and lecturer , and the sculptor Aldo Calo, former Director of the Institute of Art in via Silvio d’Amico.

Facts and dates representative of the moments of the concept of evolutionary design and new educational and productive logics related to the design for the furniture and objects.

Other important historical passages being recalled are cultural phenomena that have influenced the advent of the ISIA as the Bauhaus and the Hochschule für Gestaltung in Ulm or how, again by way of example, the ICSD Congress that was held in 1961 in Venice, will mark an important reflection on the concept of industrial designers, indispensable figure for the nascent industrial serial production of the first world war.

Last stop is the ISIA today, starting with the most representative figures and the transformation of the courses in 1973/74. In that academic year ISIA in Rome becomes in fact the first public institution of design by the Ministry of Education.

After the reform of 1999 on higher studies artistic ISIA in Rome is part dell’AFAM-MIUR and its first and second level courses are completely equivalent to those universities. The desire to express a culture that knows how to draw sap from the sciences of complexity to the development and enlargement of the scope of the design is implemented in the establishment of a second-level course in Design of systems and a doctorate in Interaction design, which represent the vocation of the Institute for innovation in research and teaching. 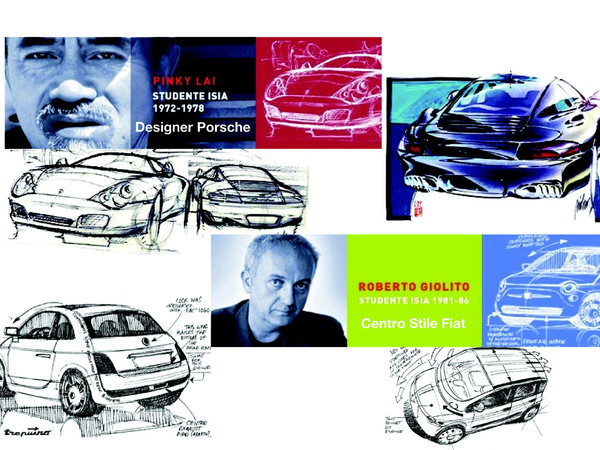 The ISIA – Higher Institute for Artistic Industries – Rome founded, among others, by Giulio Carlo Argan, art critic and mayor of Rome, celebrates forty years and celebrates them since May 22 with an exhibition “From one project” and the conference “the ISIA: reality or utopia”.
The exhibition, which opens on Thursday, May 22 at 15.00 at the Institute, in Piazza della Maddalena 53 in Rome, including scientific texts, photos, projects and awards that have always characterized the teaching and research of historical Institute, the first public institution of design in Italy. Open until July 31, from 9 to 18 with free admission. Closed Saturdays and Sundays.
The exhibition also traces the years of experimentation that led to the founding in 1973 through the ISIA facts and dates, which are representative of the evolution of the design concept and training in this field, in Italy and abroad. For example, the Bauhaus and the Hochschule für Gestaltung in Ulm, Germany. Or, the ICSD Congress 1961 in Venice, at the crucial moment of reflection on the figure of the industrial designer, which is essential for the emerging mass production of the first world war.
The ISIA-ROMA DESIGN is part of the ‘High Artistic and Musical Education (AFAM) and the Ministry of Education is a school of excellence that selects only 30 students per academic year, with compulsory attendance. Over the years he formed several well-known industrial designers, including Roberto Giolito, for more than 25 years where he leads the Fiat Style Centre (he is the designer of the new 500); Pinky Lai, born in Hong Kong, automotive designer for Porsche Carrera, BMW, etc.. ; Uploaded Annalisa, designer handbags Valentino. Since 1973, the ISIA in Rome has been invited to represent Italian design at prestigious international competitions and has been awarded numerous prizes and awards, among them, only European institution, some Compasso d’Oro ADI, ADI Young Design Awards, Plaques d’Oro ADI Project Young National Awards for Design and the Ministry of Education.
The institution, in particular, to a second-level course in Design of systems and, finally, a PhD program in Interaction Design, which address the current issues of complexity, representing the vocation of the Institute for innovation in research, in training and in the relationship with the local production.

2 comments to “40 years of design at ISIA in Rome. From project to project”