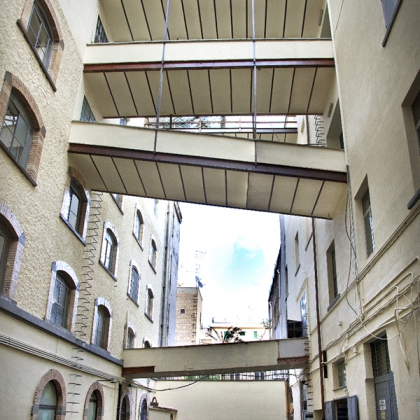 There are places that change the changes over time, change their function, or intended use. Reinvent themselves and former factories become new places that transform the urban landscape and give life, so, to new forms of sociability and aggregation. And it is with a party that involves artists and art lovers that Pastificio Cerere wants to give tribute to his 10 years of happy life in the beautiful inspiring space liberty ex Pastificio Cerere in San Lorenzo, now used as a center of art of the capital.

The Foundation, in fact, is housed in what was once the Pastificio Cerere, a pasta factory, among the oldest in the district, built in 1905 and active until after World War II. Now a relic of industrial archeology of the area, since the 70 spaces of the former factory have started to be used by artists various kinds of, which have gradually established themselves, made studies and retrained the entire building, artist studios, fashion studios, a photography school and studies of graphics and communication. They made a creative space for artists and lovers of creativity.

“Here were shared and continue to this day, lives and artistic experiences of different nature” and why it was chosen to give tribute to this happy union through the “6 of our” a cycle of six exhibitions created by the artists of “Group of San Lorenzo” that made him famous: Bruno Ceccobelli, Gianni Dessi, Giuseppe Gallo, Nunzio, Pizzi Cannella, Marco Tirelli. January 15 through an event within the space kicks off crowdfunding campaign to make the exhibitions.

During this year, every two months, in turn will be the turn of the exhibition of one of the six historical residents, who first recognized the potential of this place, they have transformed the spaces riutillizzando many of its rooms, spacious and bright, in “loft adapted to accommodate their studies.” In the summer of 1984 he was the critic Achille Bonito Oliva to make known the place with the exhibition “Ateliers” which opened to the public spaces where artists lived and worked. 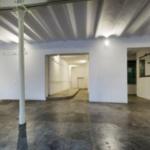 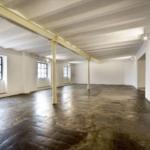 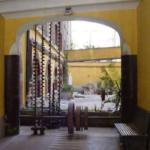 The exhibitions will be ideal travel in the imagination, in the sources of inspiration and the universe for signs of any artist, intertwined with the stories and testimonies of years lived in the former pasta factory in relation to the city, with friends, with collectors and gallery owners and all who have played a significant role in weaving the threads of these stories. Will also be published in a volume which will be collected the testimonies of artists, critics and intellectuals who have lived through and somehow the Pastificio Cerere but also the voices and memories of artisans, workers and residents of San Lorenzo who have seen change in years the face of their neighborhood.