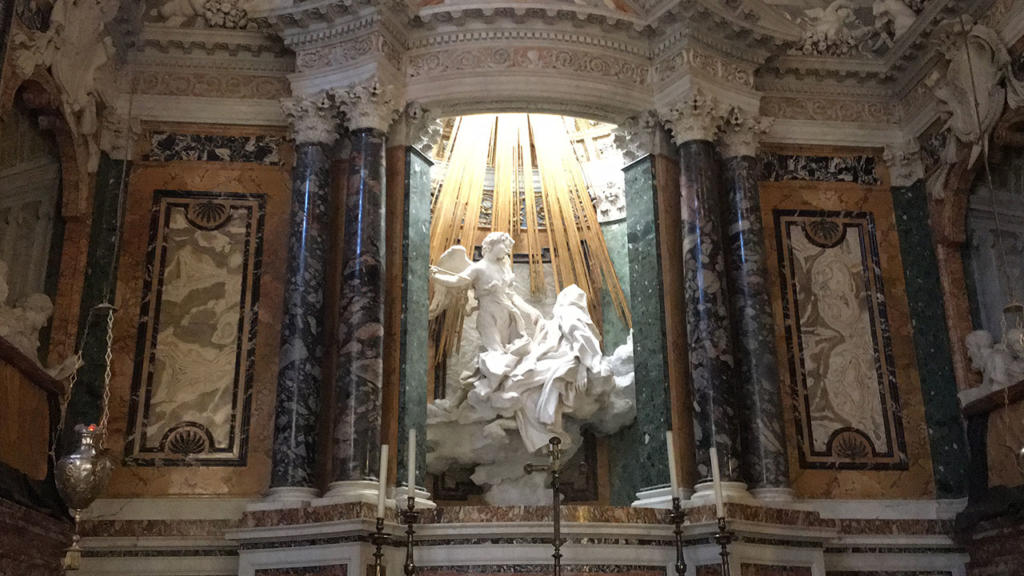 About Rome and its beauties, there is still very little knowledge.
Routes and guided tours often follow already known tracks, places already beaten by maps and maps, the Colosseum, the Fora, the temple of the Pantheon, St. Peter … But we can not forget other masterpieces, other churches, other places, all those monuments that with their history, architecture, decorations, the events of commissioning have marked equally important steps for the construction of the myth of Rome and Italy.
This is where “Storie DALL’arte – Stories FROM art” is born, a story of artistic events especially unpublished: the result of a collaboration between Anna De Fazio Siciliano’s Artpressagency agency and Professor Giovan Battista Fidanza, professor of modern art history at the University of Rome Tor Vergata, for educational purposes and a not only emotional approach, we want to spread to an enthusiastic or passionate public, more or less known aspects of objects and contexts of art.

We start from Rome and Lazio but we will also move outside the regional borders, for example in Venice on the trail of Titian, Tintoretto etc. We are talking about a series of study visits but with a sieve, on the thread of the unedited that we will go to the discovery of these places in front of which we often pass distracted or in which we rarely enter. Some places like the church of San Bernardo alle Terme, Santa Maria della Vittoria, the Chapel of Palazzo Barberini in Palestrina, the Church of Santa Bibiana, the Collegiate of the Assumption of Ariccia (by Bernini) and much more. The goal is to “listen” to everything that they can tell us and teach, trying to get to know them better … Stories FROM art, in short.

The seventeenth century in Rome begins February 17, 1600 when in Campo de ‘Fiori burns the body of heretic Giordano Bruno. But there is not only this. There are also a thousand other stories to tell, starting with those of art.

There is, between Classicism and Baroque, also the “Cavalier Bernino” who in Santa Maria della Vittoria has left one of the most sensational works of his long career. The seventeenth-century Rome was populated by artists, collectors and patrons. Among the latter not only the cardinals Francesco Maria del Monte and Scipione Borghese but also the Cornaro family or Corner of Venice that makes Santa Maria della Vittoria a point of ostentation of its economic and political power. With this video a story will begin a century long and will be a good opportunity to “study” live the seventeenth-century masterpieces of this small, precious church. All this will take place without the confusion of tourists who usually crowd it to see and photograph the Ecstasy of Santa Teresa, performed by Bernini for Cardinal Federico Cornaro. That day we will try to get to know in depth also, and above all, that. Trying to understand something more than what is usually told about this complex and intriguing “scene of sculptured images”. Of course, the Beninese sculptural group abducts us and usually makes us walk the small church without looking at anything else. This time, however, we will stop, without haste, before other works, beautiful as unknown: the “Dream of St. Joseph”, sculptural group of Domenico Guidi, the splendid and fascinating “Trinity” painted by Guercino for Cardinal Berlinghiero Gessi, the “Vergine e San Francesco” by Domenichino and other paintings that make this church a real jewel of the seventeenth century. Finally, we will also try to understand the relationship between clients and artists, with an eye to the devotional, liturgical and / or social use of the images (painted or carved) of this sacred place in Rome. 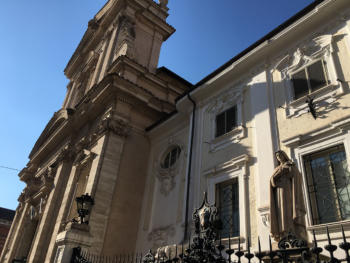 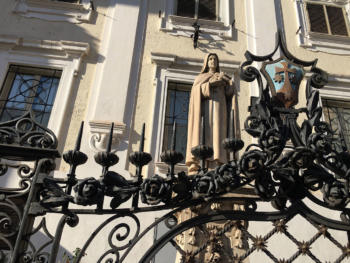 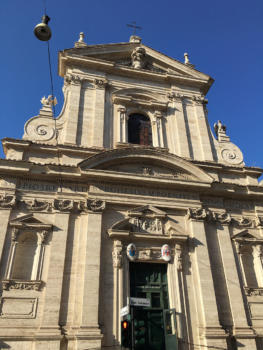 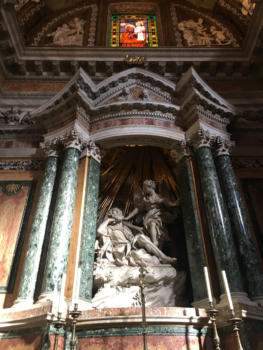 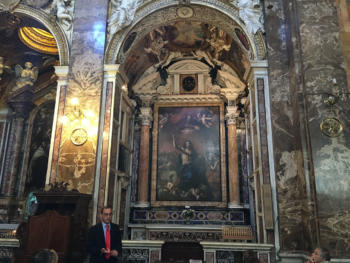 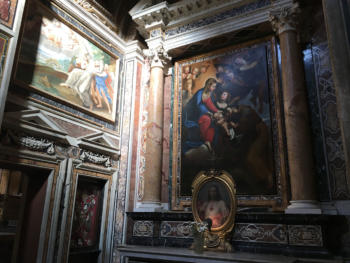 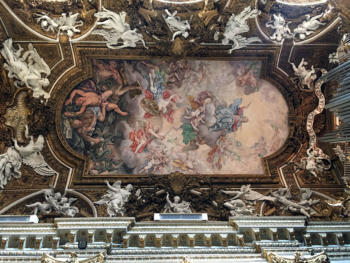 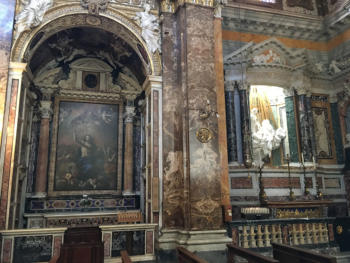 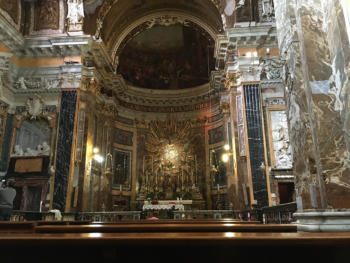 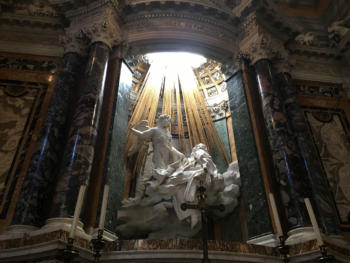 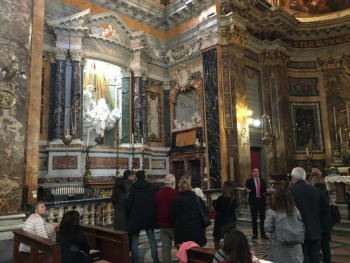 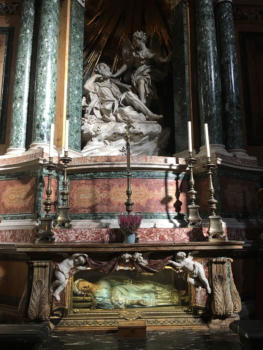 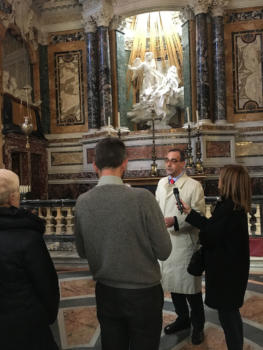 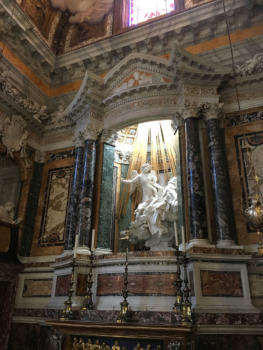 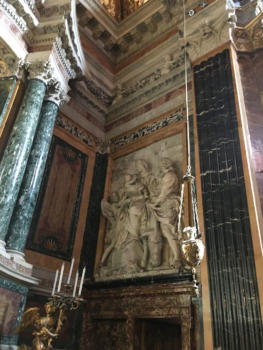 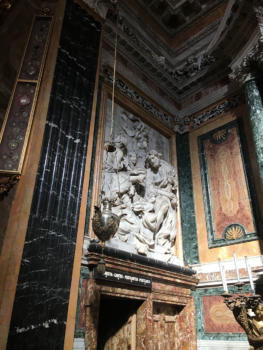