July 2015. Rome. I met Lorenzo Giustozzi, a young bitcoiner who seems to be an expert in this interesting field of virtual currencies ( truly Bitcoin is a cryptocurrency ).

Thanks to Bitcoin young mathematicians and engineers have different point of view of new forms of monetary economics. The implementation of cryptocurrencies is based on some principles, took from cryptography, that allow you to validate your transactions. Moreover cryptography is used to generate this type of currency according to principles that will not be explained in this article. The point is that Bitcoin, as any digital currency, give us the possibility to make safe payments online. 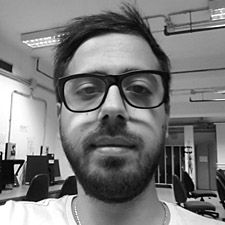 Lorenzo is a young mathematician full of energy, he uses to follow his passions and interests. I decided to have an interview with him after a long conversation in front of a craft beer that we enjoyed openair in a kiosk in San Paolo, Roma. I wanted to know something about him and about his future projects Bitcoin related.

What about your studies?

My studies had been discontinue. After I attended a Science High School and had my diploma, I stopped for a couple of years and I have worked in a restaurant. During this period, with a friend we decided to attend the course of Science in Information Technology at the faculty of Science Mathematical, Physical and Natural Science, University of La Sapienza di Roma. After I graduated I chose to continue my studies in the same university, and I am now attending a specialization course about Network and Security.

Tell us about your passion for Bitcoin

The first time I heard about Bitcoin was in 2010 as a friend told me about it, but at that time I didn’t give the right importance, I just kept an eye on it. In February 2014 with a group of friends, who already were attending Master Degree, we were talking about Bitcoin as they were studying it with Prof. Mei. He was teaching Distributed Systems and Bitcoin was part of the final exam. 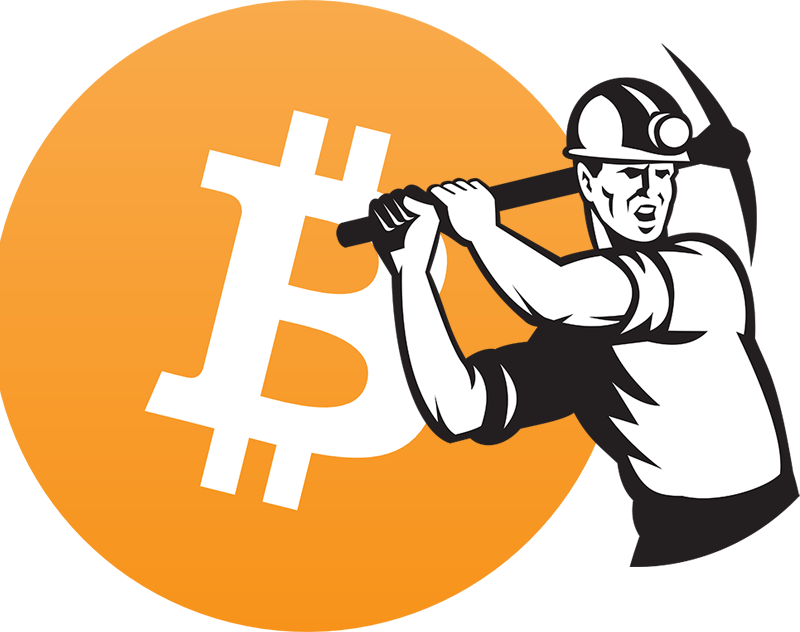 With this group of friends we decided to start “mining” (the activity of generating bitcoins) by building a dedicated pc called “miner” with 6 GPU. By the time bitcoin reached the incredible value of 1000$ and other newborn cryptocurrency were catching up. After a little time we realized it was impossible to take advatange of it as the computing power request was getting high and electricity was too expensive in Italy. To gain was something impossible and we dismounted the miner.

This experience gave me the idea for the thesis I had to write at the time so I started studying Bitcoin in depth focusing on the creation of a signature authority to guarantee payments without confirmations. In particular I exploited the multisignature addresses, a new feature of the protocol, recently inserted in the system.

After my degree I tried to have a direct contact with this reality and I got to know a lot of people very keen on Bitcoin. This is how I met other guys who were creating an univeristary association dedicated to the Blockchain and cryptocurrencies, called College Cryptocurrency Network Italia ( http://www.collegecrypto.it ). They were extending an academic network known worldwide born in USA in 2014 as the University of Stanford, MIT and Michigan put togheter their local Bitcoin club. The foundation act is dated 2014 December 21 and is registered in the Bitcoin blockchain, exploiting a system of proof of existence. This mean that you insert the hash of a document in a transaction as temporal proof of his existence in a particular moment ( https://blockchain.info/it/rawtx/ad3215cfd59886058366736b3649728d225be380f115f6b934b69a4e46971d3d ). I was vice president of CCN Italia for the first half of 2015, and now I am president until the end of the year.

Your projects for the present and the near future

I want to finish university as soon as possible and I’m working on some projects not totally Bitcoin related. With the CCN we want to put some Bitcoin nodes in all the universities we attended in order to stimulate students, to get them involved and let everybody know that Bitcoin is not only “Silkroad”. We want to underline that Bitcoin is a serious innovation and also the academic world is showing interest in that field.

Do you believe Bitcoin could start a revolution? If yes, how?

There is a very beautiful sentence that I like to use, “Bitcoin is not the money of Internet, is the Internet of the money”. Bitcoin has started a revolution about the concept of currency by introducing that new distributed paradigm. We can see, for the first time, the creation of a totally independent structure detached from any central entity. This entity, just to give a typical example, could decide to induce inflation by introducing huge quantity of money. In my opinion the revolution is the creation of an alternative to classic currency, for the first time there is a choice. I don’t think Bitcoin will ever replace the local currencies but I think and hope it could stay beside them. It’s important how single states will behave toward this, how some countries see it. Some are reluctant to introduce cryptocurrencies, such as China, and here is hard to exchange bitcoin with local coins, unless exchanging it directly with other people. From technological point of view is a system that cannot be totally stopped or banned. You can think at systems as Torrent or Tor that are used although they are prohibited.

Do you think the Bitcoin model can be understood by common people?

In my experience I found that it’s impossible that the adoption of Bitcoin could lead to his total understanding. This system is complex, if you want to really understand it you need to dedicate a lot of time and you need an interaction between different fields of knowledge. There is confusion due to the fact that is not possible to actually touch this currency and the idea that something that works “by his own” without the presence of a central entity suggests the idea that there is a “Ponzi scheme” or something like that. After some times, when people will have heard about it I’m sure the trust will increase.

Do you believe that some merchants could adopt this type of payment?

The big part of merchants that have adopted this type of payment use their website because the nature of Bitcoin system ensures only the payments received by the network from about an hour. By the way, there are alternative systems that allow live and instant payments without risks like the wallet Greenaddress. There is a great app created by a member of CCN Italy that gives a list of quite all the merchants that accept bitcoin. You can find it at http://quibitcoin.it

Let’s just cut to the chase, where and how is possible to buy bitcoin in Rome?

Not so long ago there was an ATM, at the moment I don’t know exactly where it is. If you don’t want to use the main websites of exchange, at the moment you can use platform as http://localbitcoins.com or the forum http://bitcointalk.org to get in touch with other users and so you can buy bitcoin directly. 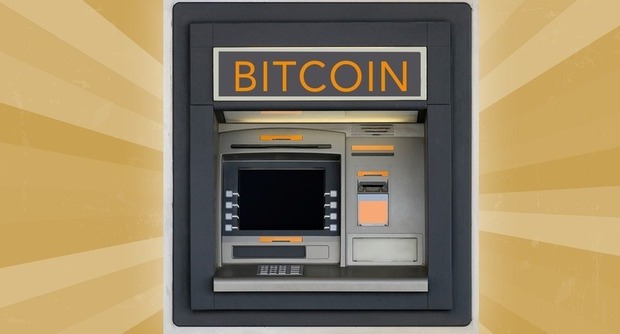 Bitcoin in Rome, how to spend it

There are some pubs that accepts bitcoin like Yellow Pub in Via Palestro area Castro Petrorio and BeerTime in Via Cesio Basso area Balduina. There is a moto garage in Via Trionfale, there are bookshops, hotels and B&B. Unfortunately, at the moment it’s not possible to buy all that you want

with bitcoin but the number of merchants is constantly growing.

You relationship with the city of Rome

I was born in Rome and I’ve spent here all my life. Here I have all my beloveds, let’s say that I love this city but I also hate it. One of the biggest problem is traffic jam made worst by the public transport system, unappropriated for the capital city of Italy. In the end, I think that there is a reason if people from all around the world came to visit Rome, it’s a wonderful city.

Can you tell us something funny or particular that came to you or you heard about related to Bitcoin?

I don’t remember something in particular, first time I took part at Bitcoin Meetup in Rome, I expected to find a little group of super nerds, instead I found with pleasure that the community is quite active. They meet twice a months and there are always new people that want to know about this field, they are the proof that the curiosity about Bitcoin is growing also among those who are totally unrelated with this area. 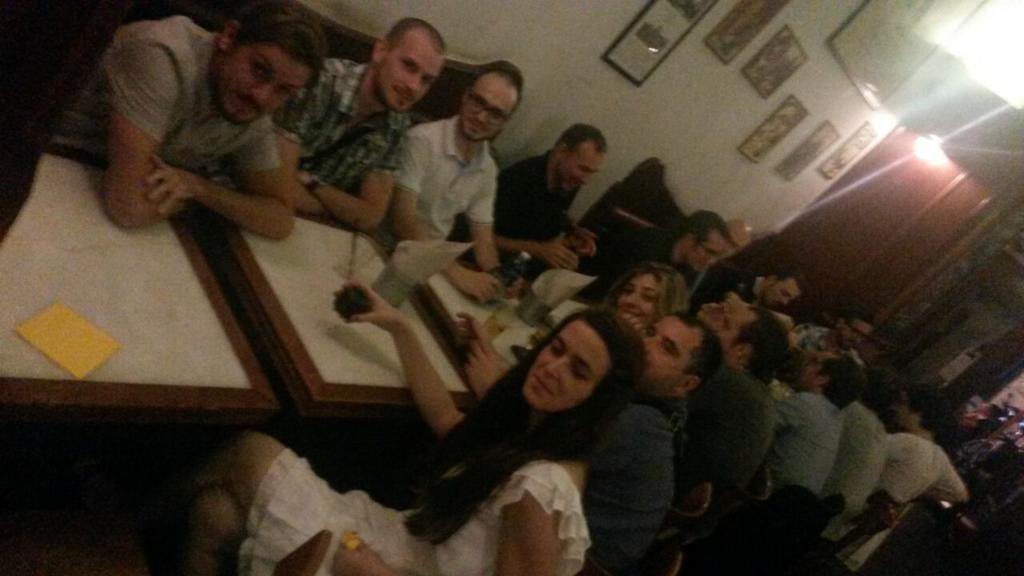 A photo of the last Bitcoin Meetup of Rome

A Video of How Bitcoin works :

2 comments to “Blockchain stories: Bitcoin in Rome with Lorenzo Giustozzi”