And after five years the fantastic habit of coming back. New mum Carmen Consoli decided to sing again to his audience, pass them as custom always to what he has always been able to listen, revise and renew the years – who knows if long – mere withdrawal of life. And now, as a storyteller who never gives up its square, is here again. But it is not a free decision and detached to bring into play as an expressive, which is to write and, of course, to say something to someone. We see then the Feltrinelli in Rome for the launch of the last album, and look closely. Yes, something has changed. The spirit as the years has matured. There is an accomplished and because of calm, a serene calm in the face, like the smiles just sketched the cry of a baby. That someone, however, who returns to speak, that someone in the meantime, has never changed. Pending certainly has not lost his fans that, in the great library of Via Appia Nuova for the occasion proved too little too large, you could see them out from the shelves like books badly supported. The fans are always on the same, some new and others are multiplied, because the real and the general public of cantantessa has, as few, the loyal and stubborn habit of staying. And recognize in her voice always sound the same, the same as yesterday, decided that call and beautiful; and then the stories, fables as fresh to listen to every night as the first time, those stories and anthropogenic unanimous that they can not crawl out below, to the rhythm of the magic songs of a piper, all the emotion that raised them; double or broken lives, feelings prevented and disappointed, and disappointments deserved forging toward victory. Life in short, is in the harmonies always a little accented by the ancient and fervent folklore, as well as in the texts, marked by the endless saving and heroic irony that has done so much to love. 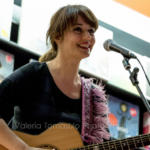 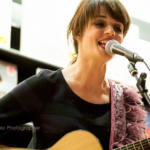 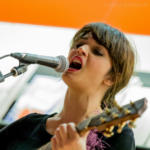 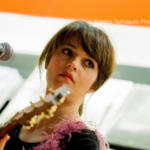 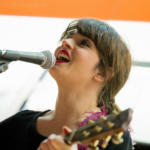 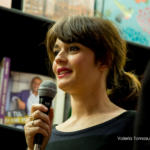