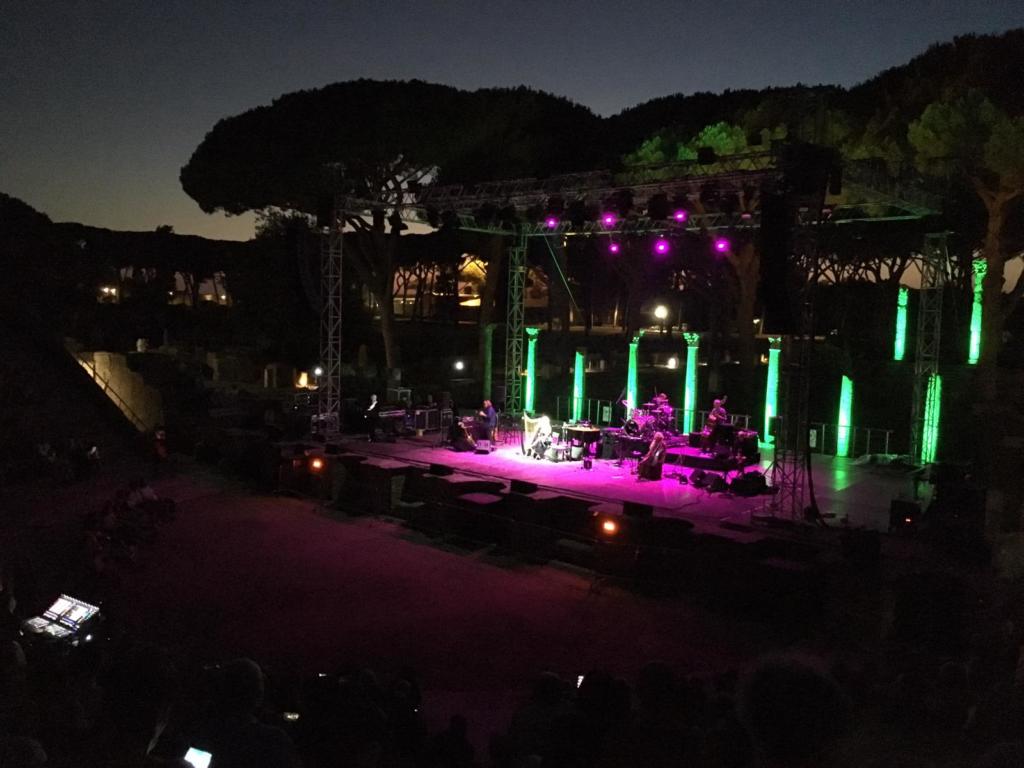 Ancient Ostia  25 July 2019, Loreena McKennitt, icon of excellence in Celtic music, performed in concert among the ruins of the Roman amphitheater of Ostia Antica in Rome.

An exceptional combination between ancient Rome Empire and the notes of Celtic music colored the  Roman warm evening of ancient and modern notes. The ancient Roman amphitheater seemed to be suspended in time and all around the ruins of ancient city of Ostia carried the echo of musical instruments. Loreena Mackennit has a heavenly voice while playing the Harp, the Piano and the Accordion. 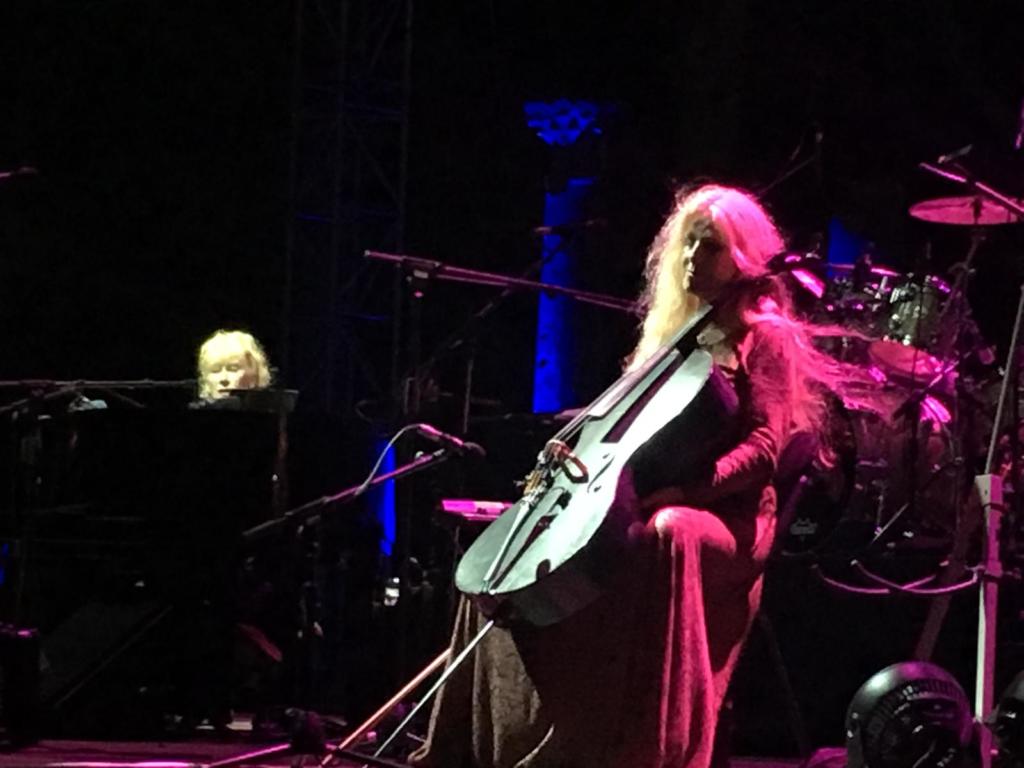 Almost ten years after his last album of unreleased tracks, Loreena McKennitt is back with a new job, Lost Souls (Quinlan Road, 2018) which she is presenting on a Europo tour, with 25 concerts in 10 countries. 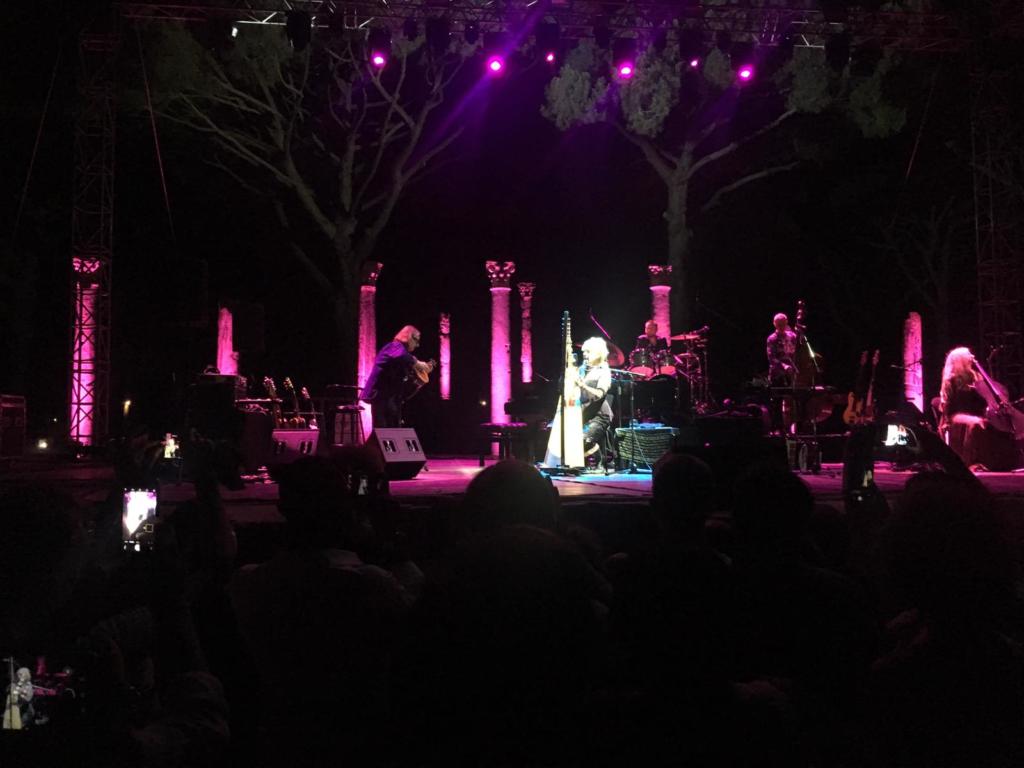 The Canadian singer-songwriter has Irish and Scottish origins and it was these that influenced her music, which draws inspiration from popular Celtic songs to which she adds an international touch, with a surprising and appreciated result all over the world. 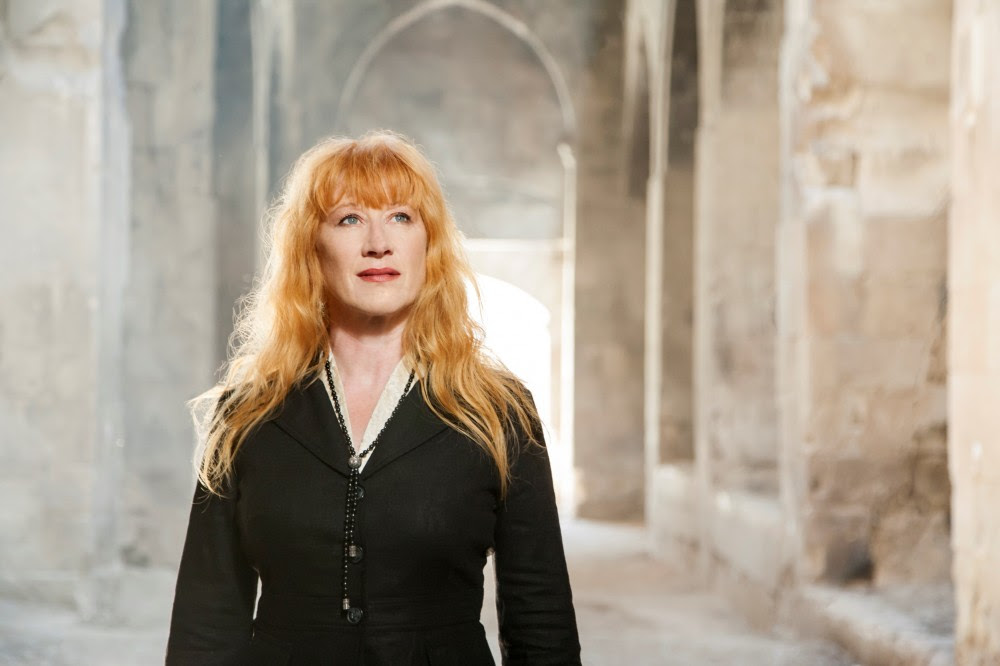 In addition to his musical career, McKennitt is committed to a series of philanthropic initiatives, including “The Cook-Rees Memorial Fund for Water Search and Safety”; was awarded the Order of Canada in 2004 and was named “Knight of the National Order of Arts and Letters” by the French Republic in 2013 and is honorary Colonel of the Royal Canadian Air Force 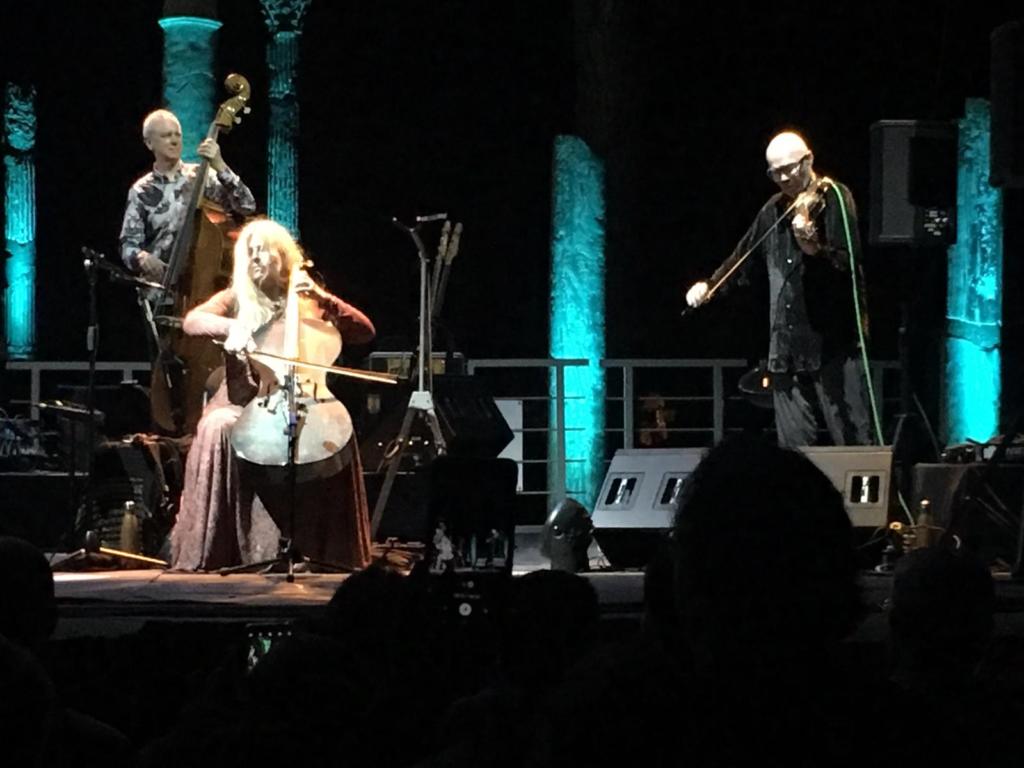 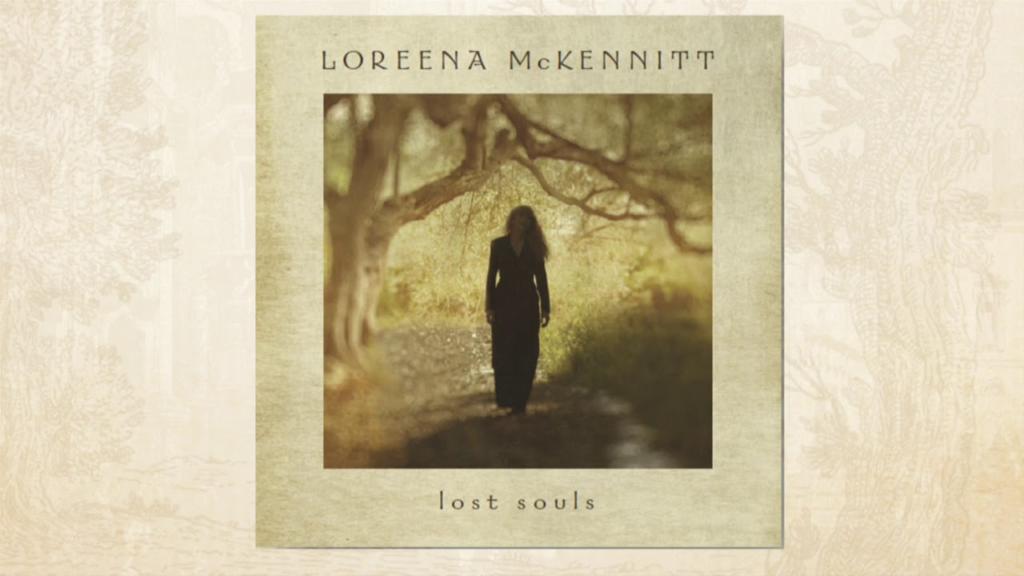 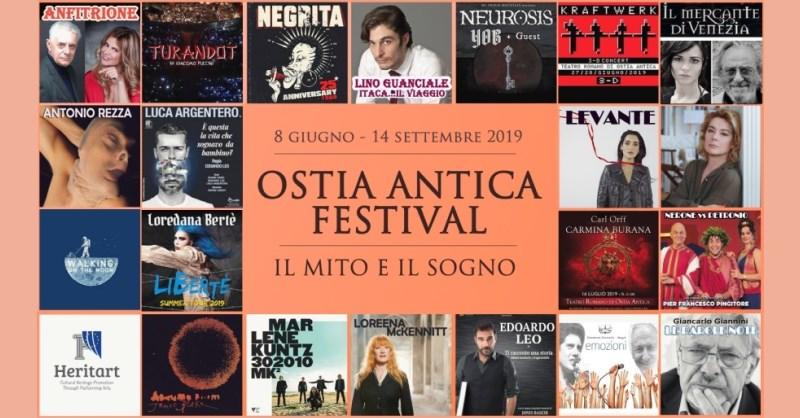 Review that presents great performances of music, theater and dance between tradition and innovation.

The Festival also this year, as in previous editions, presents a truly prestigious program that alternates large concerts with important theatrical performances, thanks to the Italian and international artists who will take turns on the stage of the Roman Theater of the Archaeological Park.

For dance, the second edition of the International Heritart Festival.