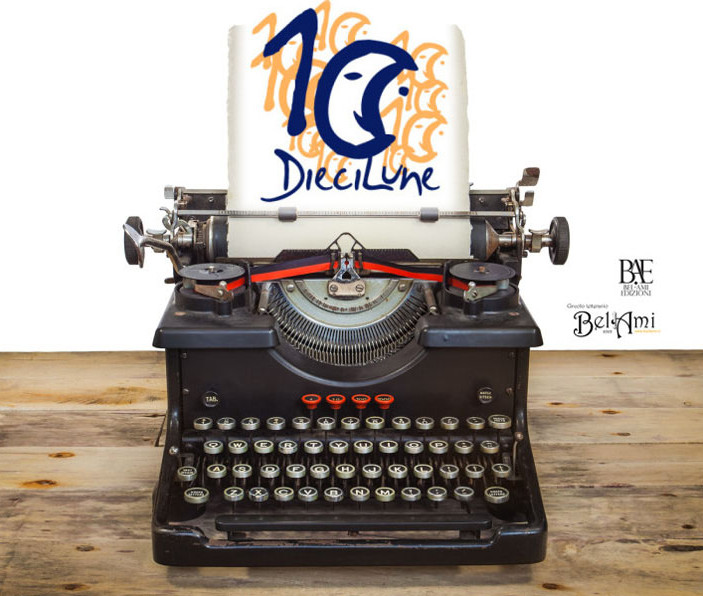 Now in 6th edition, the DieciLune – Author’s Festival has already become in a short time an interesting event of the Roman cultural agenda.

After being held for the first 3 years in Naples, since 2014, the event has landed in Rome and, since the last year, is hosted at the Garbatella Millepiani coworking, an important point of aggregation for many young creative authors of Rome: designers, graphic artists, film makers, architects, web designers.

The Festival DieciLune has the ambitious objective to promote and enhance the artistic talents in literature, music, cinema, theater and visual arts. A formula designed specifically for authors but not only, alternating training sessions and entertainment with creative workshops and debates.

The festival this year will open on Friday, April 15 with the inauguration of an exhibition accompanied by a welcome drink and will grow in the next two days through workshops, conferences, lectures and workshops-shows. It will close Sunday, April 17 with the awarding of the eponymous literary competition and a very interesting debate on Nino Manfredi, actor and director.

The theme chosen for the exhibition that will also be the underlying theme of this year’s Festival is memory. Knowing the past and rediscovering it through lectures, readings and insights that involve the different arts: painting, photography, literature, music and cinema.

One way to better understand the present in the light of the teachings of the past and the testimonies of those who have left a mark in our memory, but above all an opportunity for learning, discovery and awareness.

To find out more about the Festival and the novelties of this edition, we met one of the organizers of the festival, Bruna Bianchina – indefatigable event manager of the Festival and of the Bel Ami Circle whom we asked:

What is in your opinion the factor that distinguishes the festival of the author DieciLune from other similar initiatives?

Certainly, one of the distinguishing factors is the concentration of events in one weekend that allows both emerging authors, but also to the general public, to be able to watch completely free of charge various events which will deepen the specific subjects and facilitate the discussion and debate. Precisely the topics addressed are brand new every year and never repetitive and follow the trends of today’s culture so you can always revive the interest of those who follow the festival for years or those who know it for the first time.

How does the Festival fit in the cultural and creative landscape of the capital?

Our Festival is focused on the author intended in the purest sense of the term as one who creates something that was not there before, we can treat all five macro areas (music, film, literature, visual arts and theater) that very often they interpenetrate one another. In fact, during the delineation of the program, we do not think about separated topics although there is always the main reference area, but the interventions, and here is the great capacity of the speakers, spanning different areas because of genres and then arts is not only ubiquitous, but it makes more and authorial new and original creations.

What link is there between the Festival and Bel Ami Circle?

The literary circle Bel-Ami is the organizer of the event and the Festival is our most important event and the mission for which the club was born: the promotion of new artistic talents and the realization of cultural initiatives in the literature, theater, music and art in general.

So, we just have to invite everyone to see the schedule of events and participate. Because as someone wrote, culture is the only drug that creates independence. Good festival to all!

francescaliani.blogspot.it/
One comment to “Dieci Lune: Author’s Festival 2016. Three days in the name of culture, creativity and entertainment”