The song to life and love in the place where there are so many Jesus.
Jesus is everywhere.Jesus is everywhere. Jesus Rè in music. So Jesus introduces the musical soliloquy of inner introspection to human existence, once you find the answers of life, played by extraordinary Valeria Raimondi, who with his pleasant voice accompanies the play, which was held 217, January 24 at the Teatro Palladium in Rome from Babylon Theatre company. 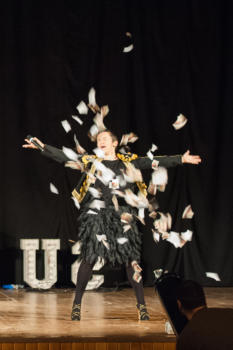 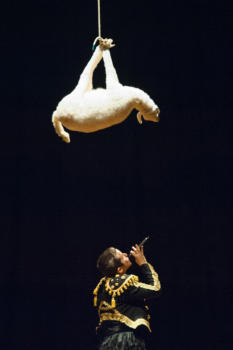 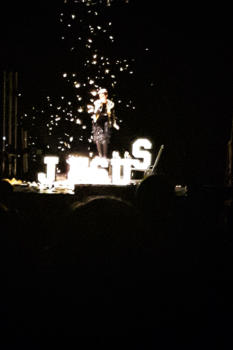 Jesus is also surprised, it comes quickly, with sudden events introduced in a minimal stage design and construction, where the scenes are fixed, with original illusionistic environments.

The show manages to construct the message that Jesus wants to convey or the closest approximation to think of Jesus in religious terms, through an ironic language, digital, contemporary and metaphorical for young people, with whom the writer Enrico Castellani introduced in one of the parts only sung by Jesus when he says: Jesus is on whatsapp. Jesus is in the messages. God made goal! 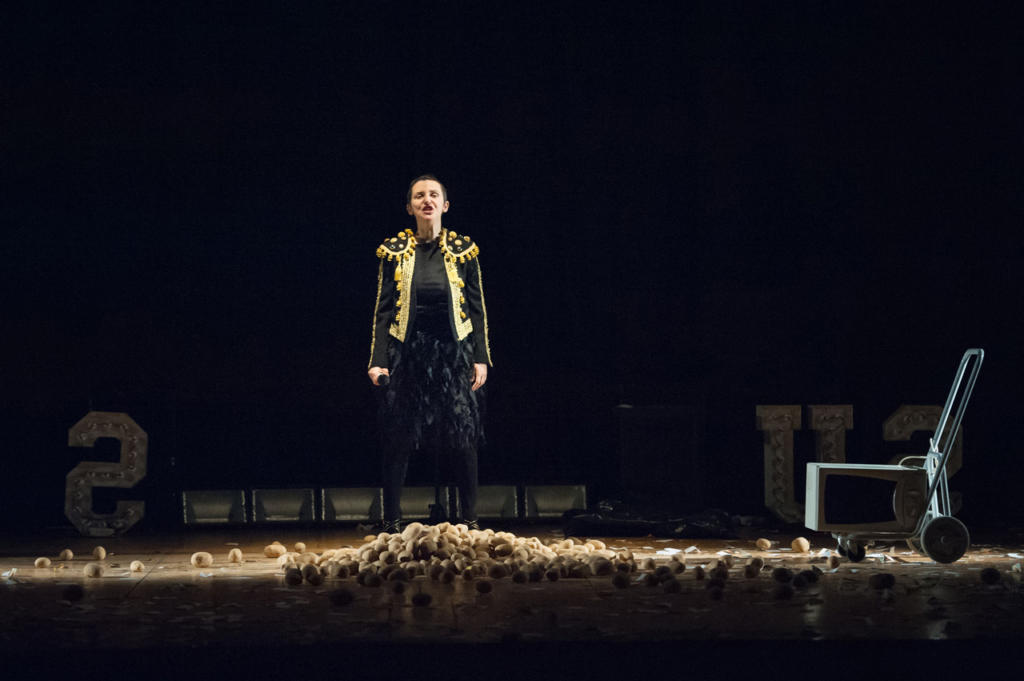 Through religious philosophical analysis in the society in which we live, Jesus exalted in the central scene of the Lamb handing a reflection that if on one hand the Lamb is the Bible symbol that takes away the sin of the world on the other is the emblem an indifferent society, a hypocritical society that ‘uses‘ the Lamb and after having killed, cooked with lots of recipes, eat it 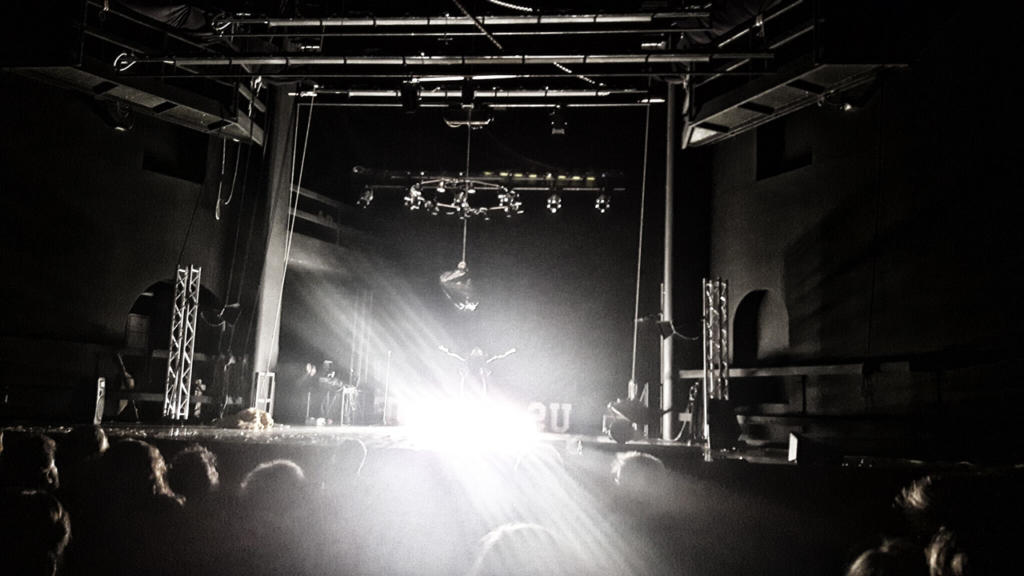 Through religious theme the show ends with the most intrinsic aspect of Life, sublimation acme of pleasure in love complemented by an exciting Hallelujah Bon Jovi song.

Jesus is the reflection of human life, we remember the words of Jesus the living: I am the light that shines on everything. I am everywhere. “The kingdom of God is within you and all around you, not temples and stones, splits a piece of wood and I’ll be there, lift a stone and I‘ll be there.”
Simply God is love, love in all its forms.

Jesus is a single woman.
In a neutral space.
One with a lamb.
White.
Immaculate.
That lamb is intended for the table and the abdomen.
Squirts from a hand toward the kitchen, the other to Golgotha.
On the one hand towards Bethlehem, the other towards a bed of potatoes and rosemary.
Jesus is a conflict and unresolved dissolution.
Voluntarily and artistically schizophrenic.
The woman enters the scene dragging a black garbage bag on the notes of Thus Spake Zarathustra by Strauss.
In the bag his sacrificial victim.
The one who officiates is a cannibal ritual.
A blasphemous ritual.
A ritual without any liturgy be respected.
On his head was a halo of stage lights.
Jesus is mercy and desecration.
It is infinite acceptance and cynical refusal.
It is the mystery of the sacred and media butcher.
Jesus is a question mark.
Often dormant. Absent. Rejected or ignored.
It happens that you come knocking. There are equal before. Sudden. It bars the way. The obstacles and blocks. Without hesitation or mercy.
A question mark that has no answer. No. No date. Do not pre-packaged.
Jesus was a man.
It has become a religion, two, three, four …
It has become a creed, a symbol, a hope, a reason, an example, a guide, a refuge, a target.
Who is today. What is and who represents it.
Who needs.

Note: The show was chosen by Emma Dante for the 67th Cycle of Classical Plays at the Teatro Olimpico in Vicenza | production in 2014