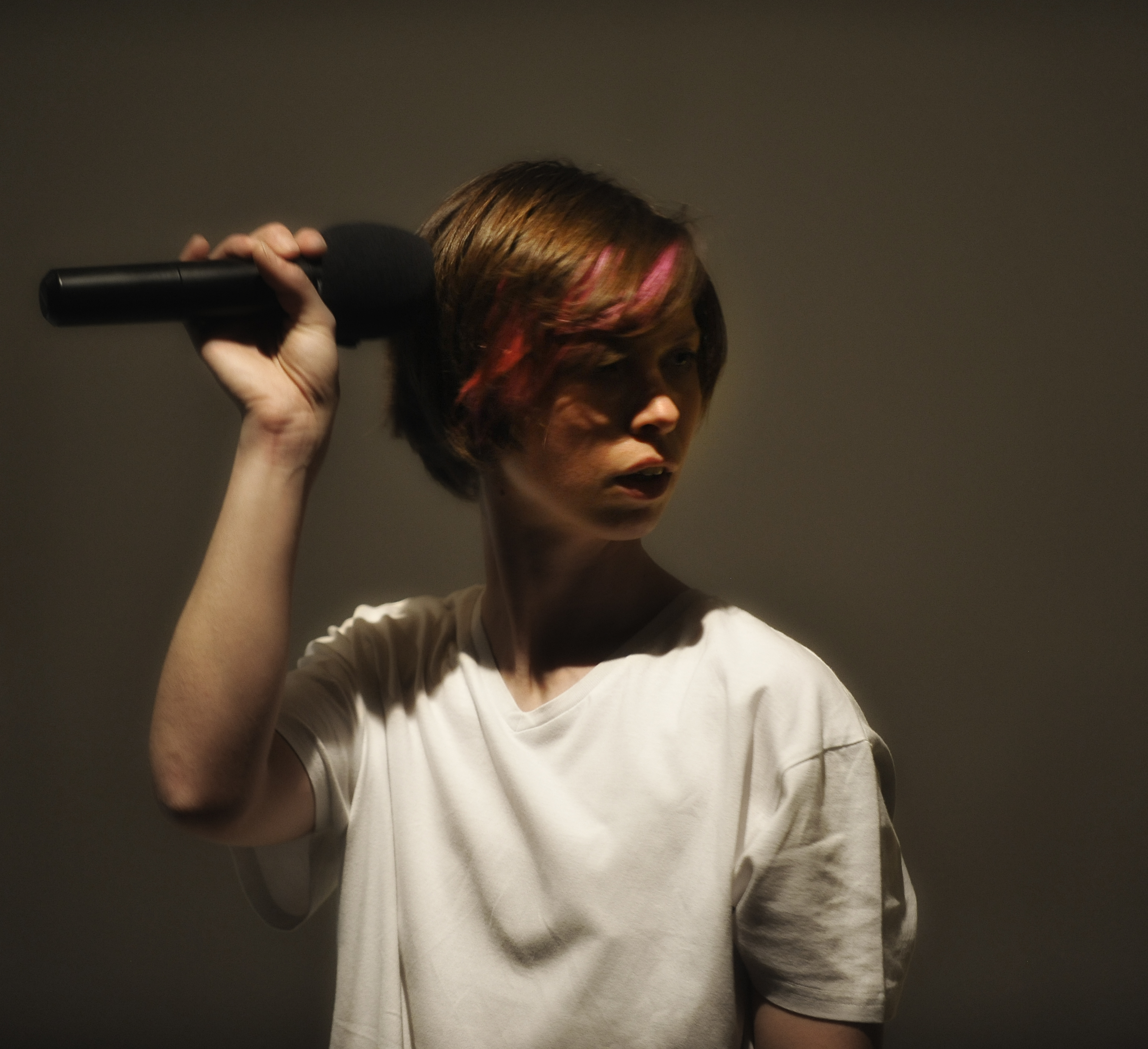 Al Teatro Clock 22 to 26 April 2015 returns the contemporary dance festival EDEN – connect the dots, the second edition.
The festival is the brainchild of Gianluca Cheli and John Parrella, two young cultural workers under 30, and is supported by the Clock and ATCL Theatre – Theatre Association between the towns of Lazio.

The title of the second edition is ANTHROPOMORPHIC, indicating a headlong plunge in the humanity of the body, to meet the need, increasingly prevalent, to recover the direct contact with each other. Bodies that meet bodies, people living the same spaces, organizing architectures collective welfare.

A week in which to recover the appearance of human beings, observing bodies that push the limits, listening to the words and the paths of Italian choreographers and experiencing first hand experience of the movement. This second edition is left by the anthropomorphism that conditions our cultural existence by giving free rein to the naturalness of the human body.

In the Internet era, the era of the exchange, EDEN wants to represent the neutral place where you perceive and weld those exchanges which today seem so weak: a melee between creative personalities where it is no longer the place to define the body and the person but the people who create the place.

Participating in the festival choreographers and artistic collectives who through their work have decided to tell their stories: a storytelling built through video, narration and discussion with the audience before and after the shows, to learn how to learn more about the artist and his creative process. 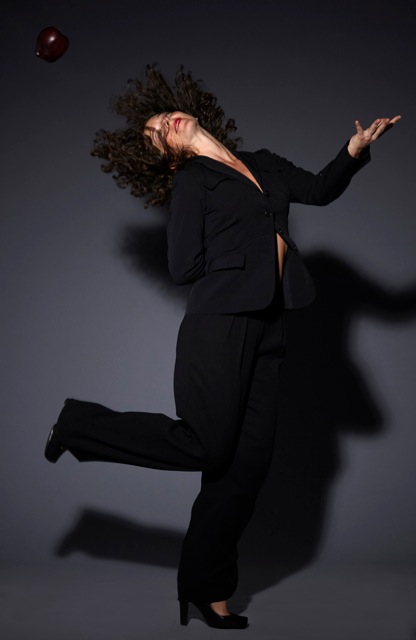 Wednesday, April 22 – SALA ORPHEUS – 21:00
PIERGIORGIO MILAN
Pesadilla
Dance, Theatre, Physical Circus.
Is a set of studies on the choreographic and theatrical practice largest of daily life: waking up, working and sleeping. The research is developed through a series of problems with exotic names and at the same time in the ordinary lives of many people: insomnia, narcolepsy, sleepwalking.
Pesadilla means nightmare.
Entertainment Award winner Balance 2014.

PIERGIORGIO MILANO is 31 years old and is an artist, dancer and choreographer Italian. He trained at the School for New Dance Development of Amsterdam, The Lidò – ècole des art du cirque of Toulouse, and at the National Circus School Torino Flic. Since 2007 he is co-founder and choreographer of the collective dance and circus 320 Chili.

Thursday, April 23 – SALA MORETTI – 21:30
Zaches THEATRE
The charm of idiocy
It is the first stage of the Trilogy of Vision, larger project on the work of three different artists painting that explores the act of seeing as articulated form of perception. The Charm of idiocy is an investigation into the atmosphere that inhabit the Black Paintings of Goya, returned to the scene through light, sound and movement. A work on the perception forced by impairment of the senses. The bodies are granted to the eye by subtraction, ripped the dark, silence and immobility.
Award for Best Show at Teatarfest Sarajevo

Zaches THEATRE born in Florence in 2007. Work on the combination of various artistic languages: contemporary dance, the expressive means of puppetry, mask use, the relationship between movement and music plastic / electronic sound live.

Friday, April 24 – SALA ORPHEUS
21:30
LUISA CORTESI
On the other hand
(Preview first national study)
In scene one woman and all women of the world. On the other hand as a reflection, rethinking and possibility of reaction, as the search for individuality and uniqueness but also of relationship and dialogue in the possibility of sharing. The body on the scene outlines images drawing space with the reaction of the reflection to the influences of the world. A history of women.
Preview
LUISA CORTESI. After studying contemporary dance in Italy, Europe and the United States, inaugurated in 1999 a process of experimentation in performative that alternates personal projects in collaboration with artists from various disciplines. Along with the visual artist Massimo Barzagli, realizes performances, shows and videos presented in contemporary art centers, theaters and Italian and international festivals.
Preview first national study

Saturday, April 25 – SALA MORETTI – 21:30
HELEN CERINA
Shell
(Preview first national study)
The title originates in the experience of dancing blindfolded, a state of subjective perception of time and space that metaphorically describe as a state ‘shell’ because it refers to the movement of snails that are oriented by touch. Here the procedure is through the discovery aware of epidermal boundaries, the boundary between the interior and exterior of the body.
In contrast, ‘dance out of the shell’, means leaving attack, submerge and move from the visual stimulus, including the one that the public and the surrounding space represent.
Use the tool to encode memories of eye movement sequences, to create and break relationships, to arouse the desire that stimulates the action.
Shell investigates the relationship between dance without seeing and starting from the look, including the shape and movement, fit and sound.

Liebst Du mich zu viel
(First Roman)
A survey on the disconnection, the sign remains translating into another. An accusation of too much love. the work has developed around ideas of disconnection, both as inspiration for Research on movement and as a way to structure it. Affront notions of present / presence, past / absence / ghosts. I try to live the process of staging as a territory of common exploration (and my audience) rather than as a representation, because any kind of representation is a mechanism for me to create illusions. This work seeks to avoid temporal linearity, fiction, and desire for meaning.

HELEN CERINA was founded in 1984, is an independent artist who works either alone or in collaboration. Aesthetically simple, raw, almost cruel in his testimony ironic sometimes deliberately childish, his playful choreographic work does not try to be something it is not. He graduated in Animated Film ISA of Urbino and Degree in Dance Theatre at Trinity Laban College London.

Sunday, April 25 – SALA MORETTI – 19.00
Zerogrammi
The grammar of the clouds
A rewrite from Alice in Wonderland by L. Carroll.
The Grammar of the clouds tells a backwards fall. And a wonderland that awaits us all, suspended in the dawn of an autumn sweet and everlasting. Inhabit unlikely characters and bizarre, that tell a carousel of evocations and memories of a distant time shared with Alice, which is now on the scene only the echo of a hidden voice. It is therefore the sweetness of remembrance to reign in this nostalgic autumn garden where it’s always possible to take a tea, where it is permissible to be large or small as needed.
To Zerogrammi is a dance of small daily gestures, fine detail, invisible, imperfect revealing, despite their inconsistency, the deeper aspects of the human being. The construction of the movement is the result of observation, repetition and distortion in the grotesque of the most fragile, absurd and contradictory person.