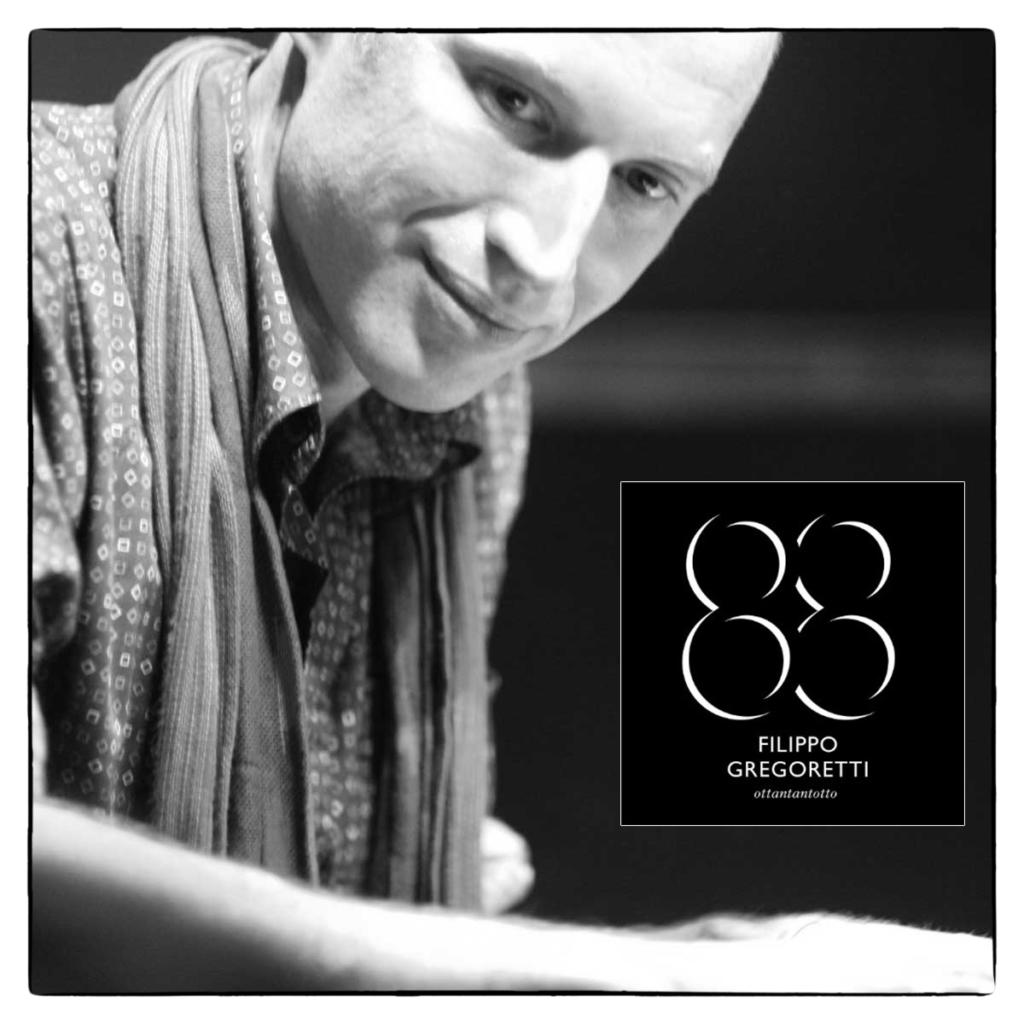 We meet in Rome with Filippo Gregoretti, pianist and composer. His eyes sparkle on his strong facial features. He is just back from London, where he has been living for the last 2 years. He is in Rome now, to show us “88”, his debut album as a composer and piano soloist.
Filippo Gregoretti, aka Pippo, is a traveler and a multi-dimensional artist. He finds inspiration for his work in the many experiences he had around the world.

Filippo grew up in a large musical family in Rome. His father is the well-known writer, and film, opera and theatre director, Ugo Gregoretti. His mother is a press agent for theatre and films. Filippo taught himself piano from the age of 5 and then the hammond organ, learning everything by ear. As a teenager he spent his summer holidays in the UK where he was first exposed to punk culture. After graduating from fine arts college, he began playing live with a band of talented rock musicians, performing at festivals across Italy. After a couple of years touring around Europe, he returned to Rome to study for a degree in illustration and cartoon animation.

At university Filippo co-founded Contromano, a satirical rock-ska-rap band that became an Italian musical cult in the political counter-culture scene of the ‘90s. The band was active for over 15 years, and was a mixture of powerful music and stand-up comedy, full of dark humour and caustic, political content. Filippo wrote all their lyrics and music, including the songs Rock’n’Rolla, Sparaje Pino, and Mamma Non Sono Più Fascista which are still legendary to a generation of Italians.

After re-locating to Beijing, Filippo started work on his solo piano album, 88. The recording process was the first of its kind. Filippo returned to his studio in Rome to record the album on a digital concert piano. Midi files were then sent to a top recording studio in Arizona, where the album was played out on a beautiful Yamaha Disklavier Mark III piano, with a midi engine attached to its hammers. The album was then remixed in Italy and mastered in the UK.

The album “88”, composed in Rome and Beijing,  tells a tale of understanding, struggle and discovery, inspired by China’s vibrant and spiritual environment. Now based in London, Filippo continues to compose and perform live. 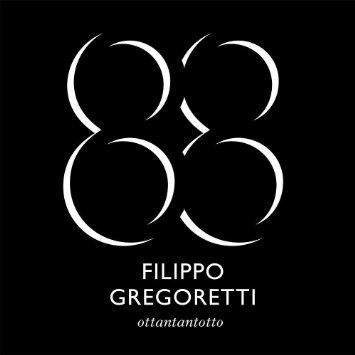 You can listen to the entire album on Spotify: https://play.spotify.com/album/5bjP6gKpEJIL2Bd7oEsv6p

Or listen and download “A Sutra Wheel” on SoundCloud: https://soundcloud.com/rightrecordings/filippo-gregoretti-a-sutra-wheel/s-Wf1IL 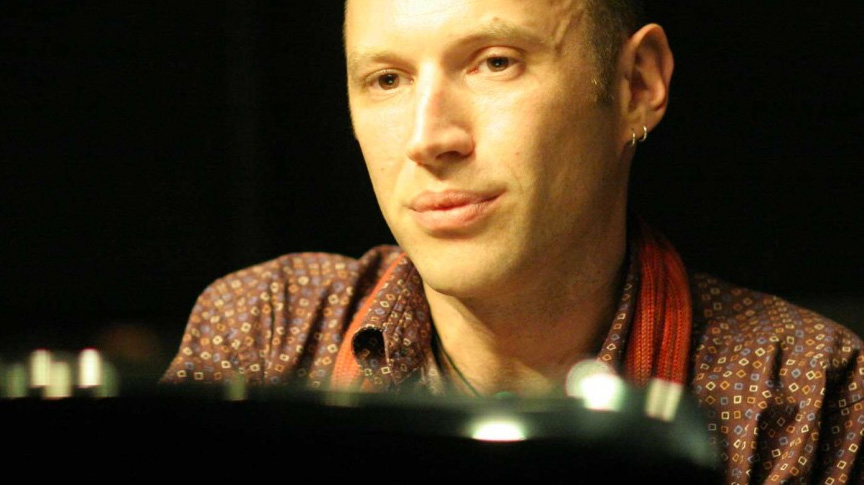 Tell us about your relationship with Rome.

At this stage of my life I am madly in love of Rome, but I confess that in the past I hated my hometown. In the past I gave way too much importance to career opportunities, efficiency in public transport, transparency, meritocracy… Stuff that in Rome are quite “peculiar”, so to say. But after living abroad, in Europe or in Asia, I realized how special is Rome. I do love humanity here, and the unique way we relate to each other. The small comedies you can witness every day, at the market or on the bus, at the post office or anywhere in here, act like a medicine. I do love immensely my beautiful, stinking, noisy, welcoming, analogue Rome. I will try to spend here, at home, as much time as I can in the future. 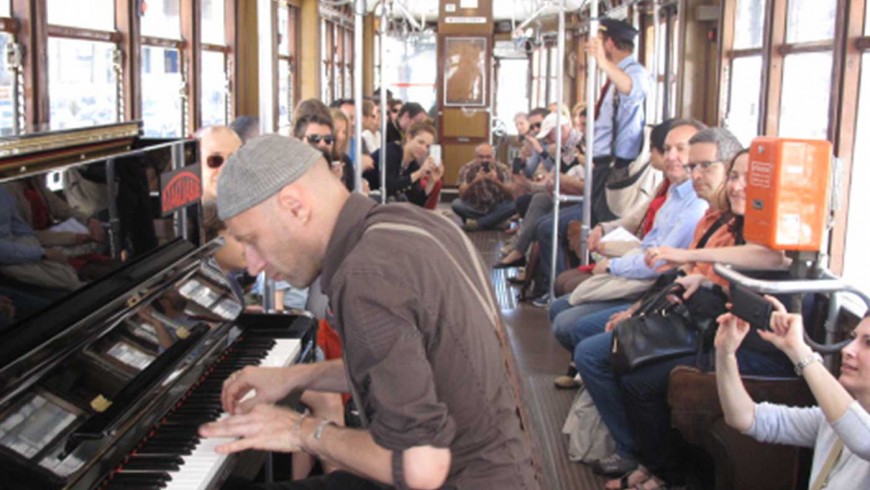 Are there any spots in Rome you find most inspiring for your art?

Pretty much everywhere. Rome’s charm works deeply in me. I am in love of the Pantheon, where I had the luck to grow up, especially at night (the deeper the better). At the time of my childhood, the center of Rome was like a small village. We used to play soccer all day long, everyday, in between Agrippa’s temple columns, using its monumental door as our goal! It was a simple place, with a bus stop just in front of the temple, and normal shops catering normal people: a butcher, a pasta shop, a milkman, a couple of simple bars for locals. Nowhere near today’s tourist mayhem. There is no difference now with any tourist spot in Paris, or Amsterdam, or Madrid… but if you get there by 2am, up until 7 or 8, it goes back to the old charm, and you can see Rome in all of her ancient magic.

How was your passion for music born?

When I was a kid, we had at home an old upright piano from the 19th century, which me and my siblings played. I started to play very young, maybe 3 years old – I can’t remember. I was the youngest, and unlike most piano playing kids, encouraged or forced to practice, I had to be stubborn and go through a chorus of “stop it!”, “cut it out!”, “give us a break!”, coming from my musically unsupportive brothers. Therefore I had to be motivated and stubborn! Furthermore, playing the piano has been spiritual therapy. Probably my passion for piano spared me from a career as a drug dealer or a robber. My childhood and youngster years have not been the easiest, and during hard times I used to sit at the piano and improvise for hours, whilst letting my tears out, and allowing me to get in touch with those feelings I had to keep secret to myself, in order to hide behind an armor. Letting my subconscious talk through improvised music has been a life saving luck. Playing the piano is not a technique to me, but a second language. The language of dreams and of subconscious life. 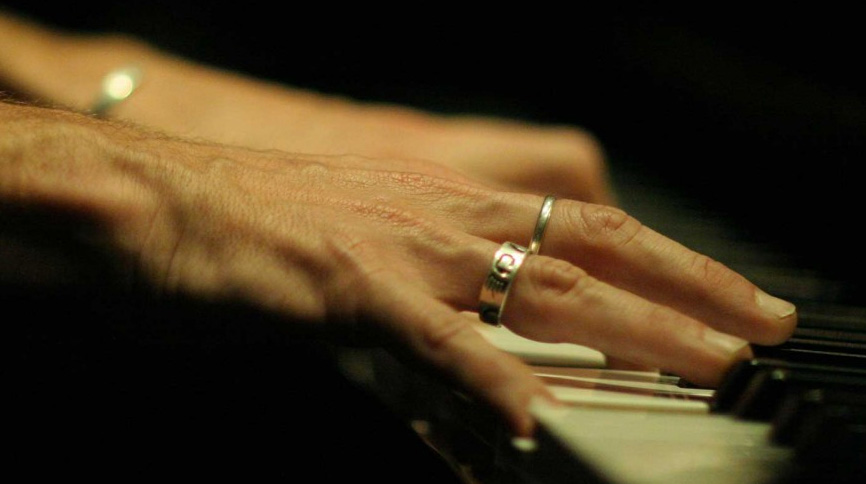 When did you know music is your path?

To be honest, there was never a precise moment. I have been so lucky in my life that I could professionally express all of my artistic tendencies. I studied and worked as fine artist, illustrator and cartoonist. Then I wrote scripts and short novels. I have been a lot in interactive media, producing video games and exploring interfaces. But music and piano have been a basic constant in my life. I always kept playing, improvising music, and writing songs for Contromano, with whom I performed in hundreds of gigs around Italy. I wrote soundtracks for films and interactive projects. I can say that my deepest passion is communicating and sharing emotions with other human beings. I can do it through any form of art, but with music it happens especially well. I just have to sit at the piano and switch off my conscious mind, to let that deeper part of me guide my hands. It happens to spot someone crying while I play, as sometimes I cry myself. Not tears of sadness, but tears of deep feeling; tears of vicinity. This is what motivates me the most.
When I manage to get out of the mind, out of the ego, out of judgement and fear, and I let flow freely the divine within me, in order to resonate with the divine within the listener; at that stage I am nothing more than a tool, a bearer of music that comes from somewhere else. My music is not “mine”, but belongs to the everything, and I am just a passage for it to manifest. Now, finally my first solo album has been released, published by London based label Right Recordings. This is a piano solo album, where piano is central and essential. I think this flow of emotions and ancestral vibrations stands out quite well on “88”. 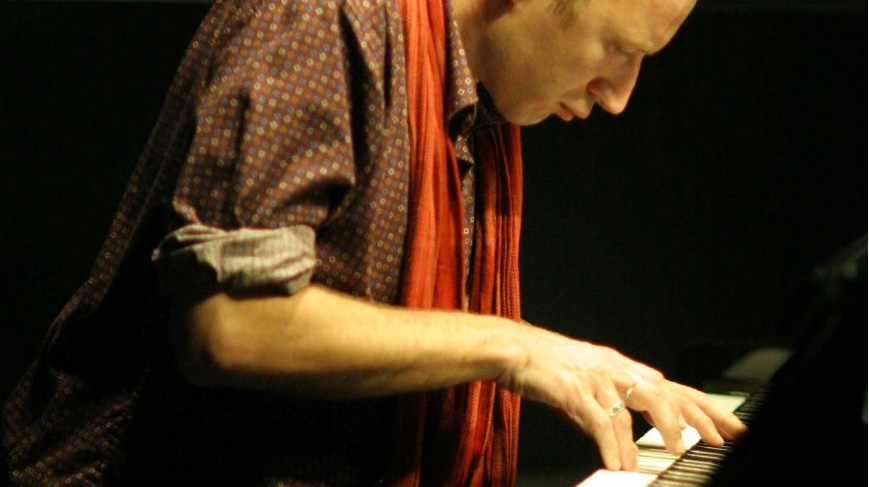 At the moment all is in constant change. I just got married in Taiwan, to the woman I have been living with in London during the last 2 years, and we are about to start a brand new life between Italy and UK. A week ago “88” has been published by Right Recordings, and next week I am in London to promote the album. I am really on seventh heaven for this album release. I really hope listeners will be touched deeply by the music in it. We are going to organize soon a tour in Italy to promote it also here. There is so much work to do when an album is released, especially if you don’t have a major press agent to help, but I am really excited and we will do our best.
Artistically, I am writing music for the next album, and I am playing with a historic roman band, Rakutrazo, an incredibly talented space-rock collective.
In the meantime I enjoy Roman spring, and the incredible human beings who share this beautiful path with me. 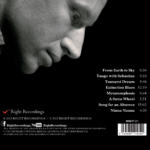 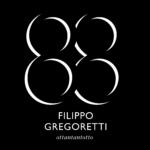 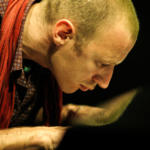 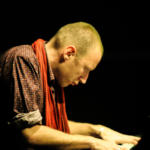 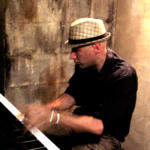 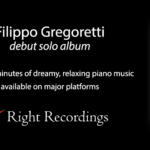 Pippo currently resides in Rome and London, where he continued to compose and to perform.

2 comments to “Filippo Gregoretti: from radical rock singer to ambient classical composer and pianist, talks about his debut solo album.”