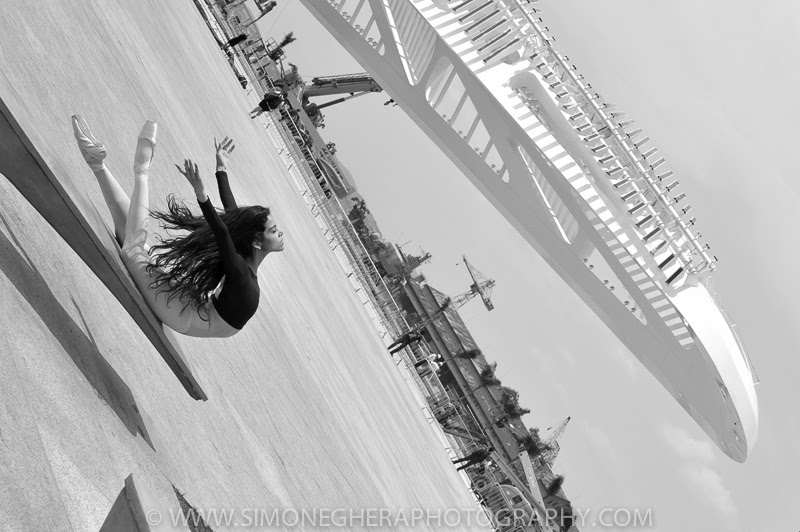 Youth dancers in architectural corners of the world in various movements, scenic and family enrich the beauty of the photo shots of Simone Ghera  (architect and Roman photographer) on show until March 18 at the gallery Candido Portinari, inside the Brazilian Embassy (in Piazza Navona).

Things if there were a perfect match between the monumental fountain by Bernini and the photographic project of Ghera, in the heart of one of the most beautiful squares in Italy it was inaugurated by the end of February the exhibition DANCER INSIDE BRAZIL, curated by Max De Tomassi thanks to sponsored by the same Embassy and the support of the airline TAP, after the success of the format obtained in six years of exhibitions in major cities of Europe. 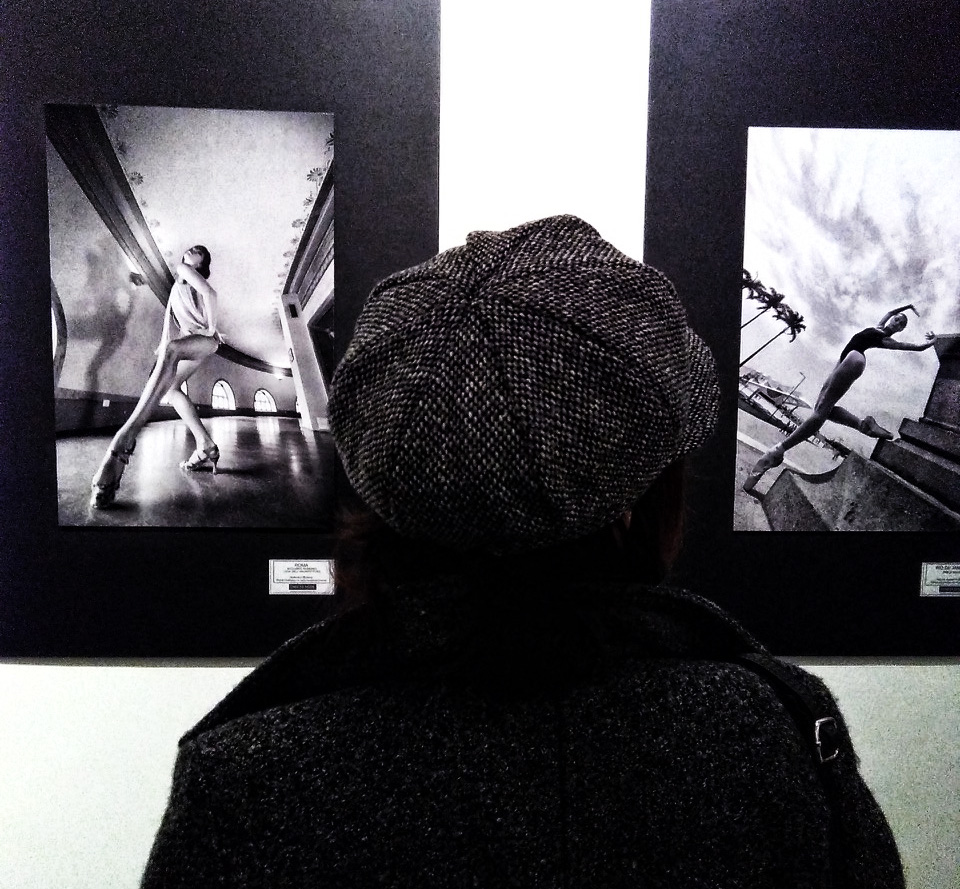 A series of images in which the dance was the inspiration of Ghera photographer. Considered as a universal language clear body and readable in the world, with specific characteristics that change from place to place has raised in that part of Ghera architect and sensitive to the composition of the places that he visited the vision of a union “so, after being in town so urbanistically diverse as Prague, Vienna, London, Milan, Berlin, Moscow, St. Petersburg and Baku, the photographer faces the immense spaces of Rio De Janeiro to integrate in a single shot the art of movement and the complicity of language Nature-Engineering-Culture “.

When start your passion for dance as a photographic subject?

It should be said that, in fact, dance for me has a value above all as a photographic subject. The interest in the dancers (classical but also other types of dance – modern, tango, flamenco, etc.) Was born instead in a purely accidental: during a photography course, having to develop a theme you like, I started photographing dancers in the studio. From there I went to the outside and gradually location, guided by instinct, and almost unconsciously, spontaneously born the project DANCER INSIDE, dedicated to dance and architecture. The project is focused on two closely related issues: the dance, understood as a universally understandable language, and architecture, as an expression of places, cultures, always different latitudes as the explored countries. In this sense my specific interest is not so much about the dance, but the dancers are seen as an element of composition and expression of a geometric construction, inserted in an architectural context.

The idea of ​​the project was founded in 2008 by attending the Roman School of Photography has also had the opportunity to develop in particular Dancer Inside project, focused on the world of dance and architecture. There are also some parallel works developed in recent years such as: “Dance and Horseback Riding”, “Dance and Tauromaquia”, “ballerinas been interesting”. And the earth carioca becomes exposure object of contextual images within which are immortalized ballet dancers, subject where Ghera has specialized in recent years. 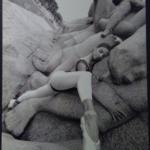 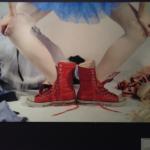 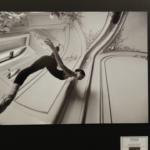 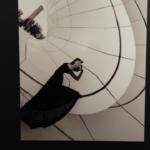 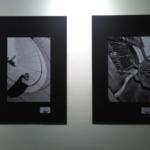 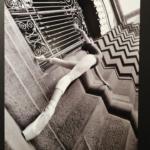 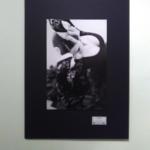 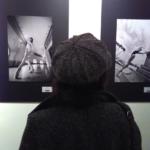 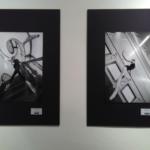 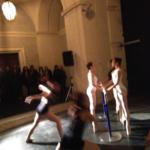 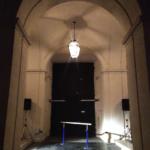 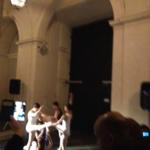 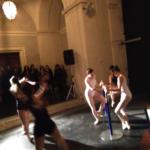 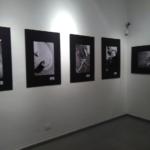 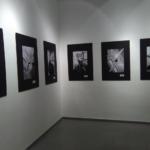 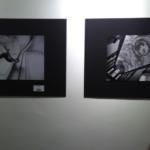 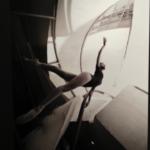 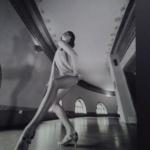 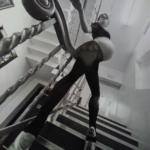 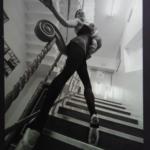 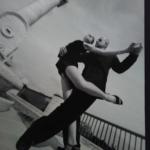 How it has changed over time the combination of dancers and urban spaces? I believe that the interaction of the dancer and the dance, in general, and urban spaces, has already developed a number of years. It ‘a way of bringing dance to our daily lives.

How to choose the places, what is the kind of research that leads to associate the architectural space in a dancer? The locations are chosen often improvised way, whatever trivial urban environment can become an attractive working environment “geometric” and “prospective”, the picture is very creative and sometimes it does not take much to find what you want. Other times individual specific and promotional areas of a place and organize myself to explore it. What fascinates me about a place, it has the potential to work with the lines and horizons, so totally free.

The images of Simone Ghera, characterized by horizons, gravity, views and surfaces points, immerse the dancers in a dimension of absolute space in which to move in a purely arbitrary. “Even if the movement is considered the essence of the dance – says Gera – what attracts me are the static angles and lines created by the dancers themselves. The photograph captures an architectural detail, a network of lines, perspective looks beyond a background or foreground subject. Seeking a way to get close to the dancer as “a person”, capturing the hard work at the barre, the sweat, the expression of exhausted eyes, taking advantage of the lines and details during exercise and time to relax. In short they are much more interested in the daily training of a dancer rather than the performance on stage. Usually I like to place my subjects on one side rather than the center of the frame, giving great importance to the background, as well as on a tilting horizon that offers more options for watching the scene”.

Between the different cities and the dancers, there is a soul you want to convey with your shots … It is also linked to the sites? And which? Places are fundamental. In the images, for example, there are often details on the nature of the materials, which give us the information concerning the place where the scene takes place. A coating or a travertine column indicate that we are in Rome or its vicinity …

As the place that has left you more suggestions, and why? I could not make a list, every place that inspires me the image is fascinating. There just are places I know best and I could investigate further, others I have explored more superficially.

The next major projects in 2016 involve exhibitions in New York (June) and Rio de Janeiro (November). Future projects, always with the dance? Yes for now. I plan among other things, to get closer to other types of dance (tango, flamenco, hip-hop, capoeira, etc.), So far I have had experience primarily with the classic that still fascinates me a lot.

BIO
Simone Ghera was born in Rome in 1959 and is involved in photography very early, following his father’s footsteps. The study on development in the small dark room the images that stand out in a contrasting on white sheets, the attention of Gera in the years focuses on the use of light, which he considers one of the most creative aspects of photography.