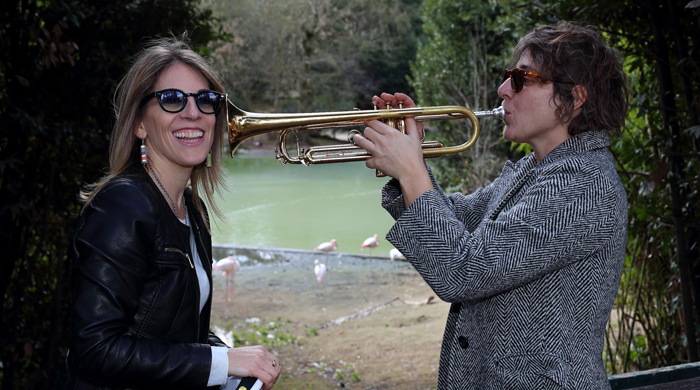 We meet Diana Tejera, eclectic and hyper-active artist on the Roman music scene, between a radio programme and another: the singer-songwriter is very busy with the promotion of her new project, the duo ED MONDO, created with the trumpet player Ersilia Prosperi.

We are very curious about this, but let’s start from the very beginning of Diana’s artistic career.

Diana, music has been a very important part of your life since you were young: when did you decide you would be an artist?

I always wanted to be an artist. When I was 5/6 years old I already told people I would be a painter or a musician. It was more like an urgency than a decision for me. When I heard somebody playing music I was so fascinated I could stay there forever, forgetting everything else. So I asked my parents to send me to piano classes: I was 8 years old. 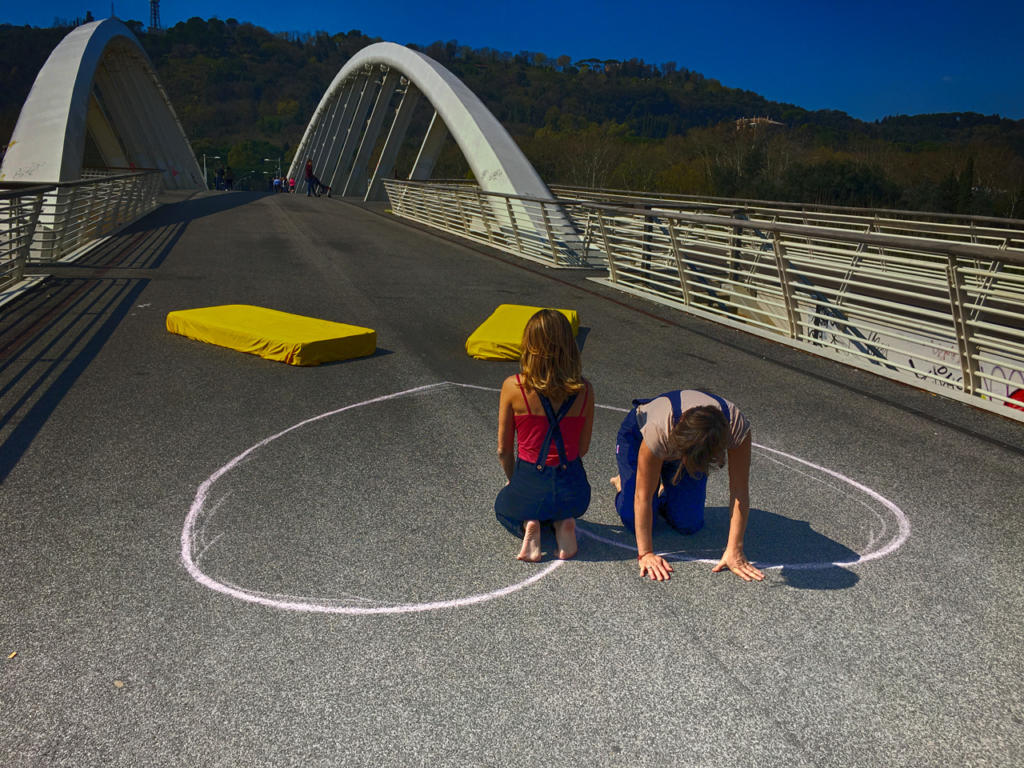 Your first bands were pink! and Plastico, and after those experiences you met many other artists from the Roman scene. You also created a very interesting project: a book/CD with the Italian poet Patrizia Cavalli. Definitely, your career is really full of surprises. How do these encounters happen? Are you a very determined person or do you usually let things happen?

In my music career, much more than in everyday life, I’m a very active and determined person: I follow my instincts without giving too much thought, I just go ahead. This is what happened with the pink!; I wanted to put up a band, I sticked some ads on rehearsing rooms and that’s how I met Irene, the guitar player. With her we created pink! and recorded our first album.

The band became Plastico when we decided to involve fully in our project the other members of the band.

As for Patrizia Cavalli… well, I was overjoyed and honoured to have the chance to work with her. I first contacted her as a fan: I wrote to her publishers because I wanted to record a song I had composed on one of her poems. I asked them to pass the song to Patrizia, after that my dream has become true and the result was indeed much better than I would ever expect! 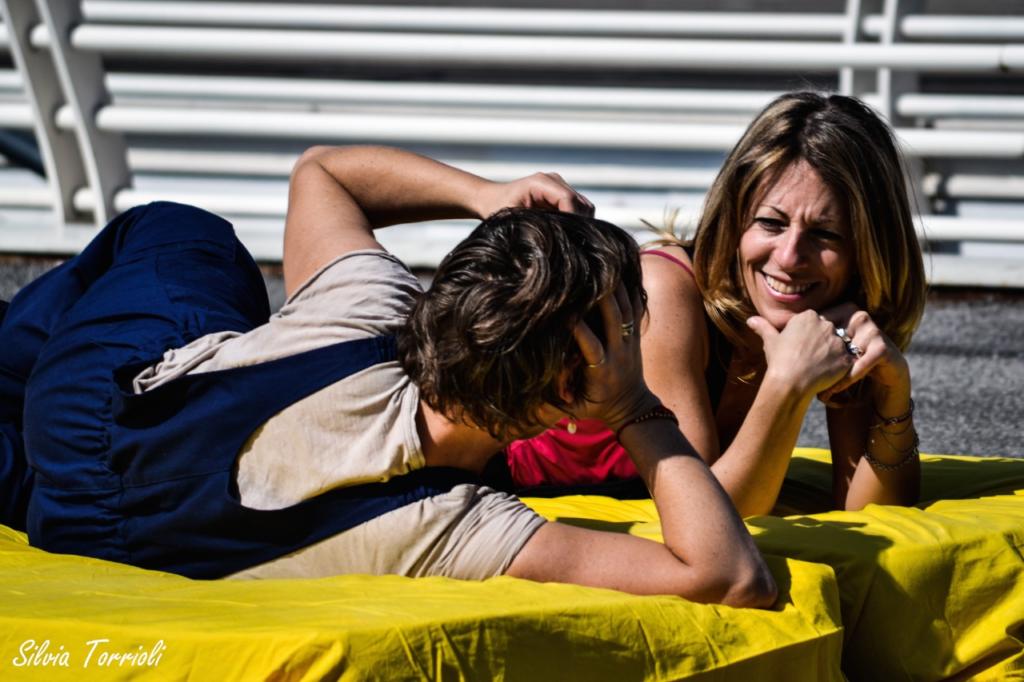 Let’s talk about your current projects and the near future: your new band, ED MONDO, created by you and Ersilia Prosperi, a truly talented trumpet player and the leader of the band OU.

How and when did this project start?

In this case, too, I was kind of overwhelmed by an artistic passion for Ersilia. I had contacted her about a year ago: I wanted her trumpet on some songs in my new solo cd, and it was a real “coup de foudre”! Without really deciding it, we found ourselves in the middle of a creative tempest and started composing songs in complete freedom. They were so funny, audacious, and different from the songs I had written until then.

We got so involved in this stream of creativity that we decided to record these songs. We managed to give birth to this cd through a crowdfunding campaign with indiegogo and we will present it to the Roman audience next April 10th at the Quirinetta, a beautiful theatre in the very center of the city. After this show we will go on a short tour in Germany, then in Italy again and in the end we’ll perform in the United States.

Who will be on stage with you at the Quirinetta?

We will have many special guests. First of all, our producer Amy Denio, a wonderful musician: she’s coming from Seattle to support us with her clarinet, her amazing voice and the U Bass.

But we’ll have also the pleasure to host two great singers: Barbara Eramo (a great friend of mine and a precious collaborator since a long time ago) and Martina Fadda (vocalist in OU). Last but not least, we’ll have another trumpet player from Seattle and Sabriesse on the pandero.

Tell us something about your “music diet”. Do you only listen to some particular genres or are you an ecletic listener?

I usually listen to all kinds of music, from classical to progressive rock, including singer-songwriters and folk music. I don’t really have a unique favorite musical genre. I tend to follow the feelings I get from music. When it’s authentic music, then it will surely touch me in some way.

I might not be a fan of rap or hardcore… but I’m sure I could discover interesting things there, if I had more time to listen attentively to the bands who are a real part of that scene.

What I really don’t follow is the law of the music show business. I’m much more interested in the independent music scene.

What kind of advice would you give to a young emergent artist?

I’d tell him/her never to give up if he/she really believes in his work. The best I can suggest is to play a lot around and to get to play together with good and enthusiastic musicians, in order to grow up more and more. 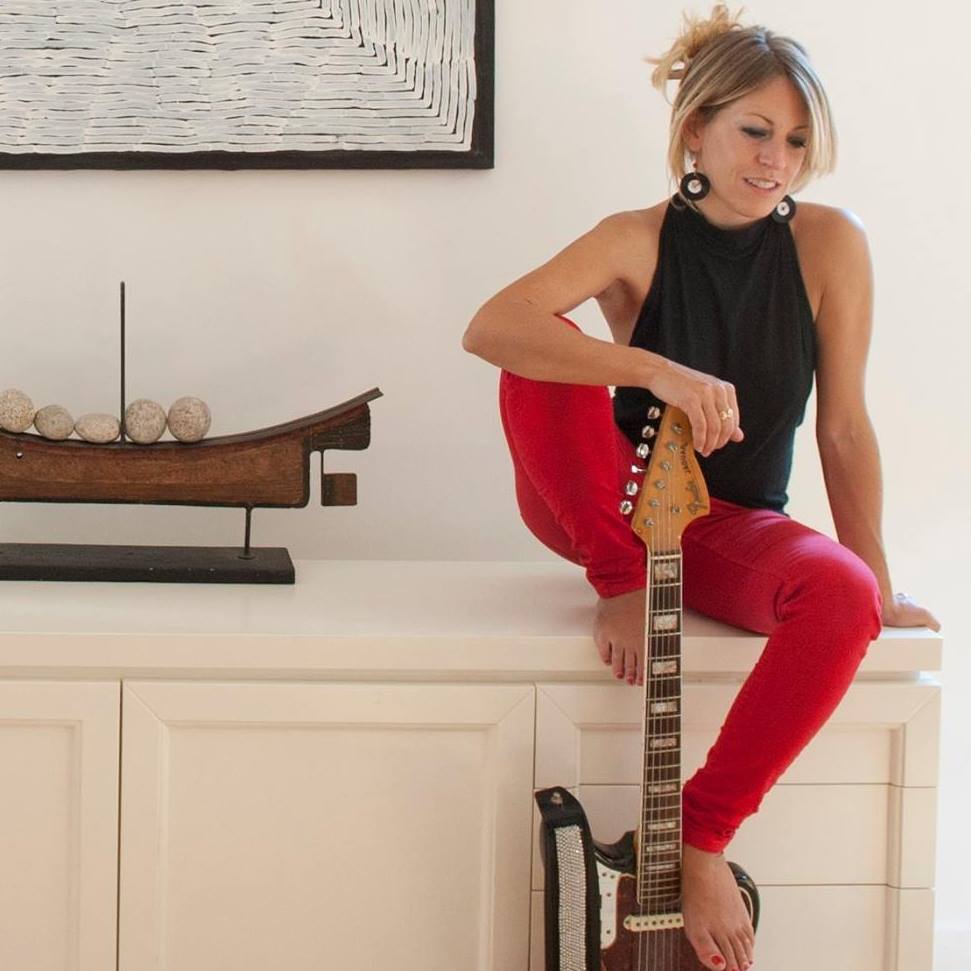 You are half Italian and half Andalusian: a very nice mixture! And you travel very often: you just came back from the States where you performed in various venues. How do you find living in Rome? What is your relationship with this city?

Well, I love Rome even though it’s a controversial city… sometimes sneaky, but so beautiful and irresistible that in the end you always forgive her.

You get easily trapped in her arms: Rome can be like a clinging mother, she holds you but you might feel suffocated by her love.

At times I get tired of some “Roman behaviors”, it’s a bit like falling into quicksand: so I feel the urge to “escape” to Europe or America, in order to come back and find again the beauty and the charm of this city. 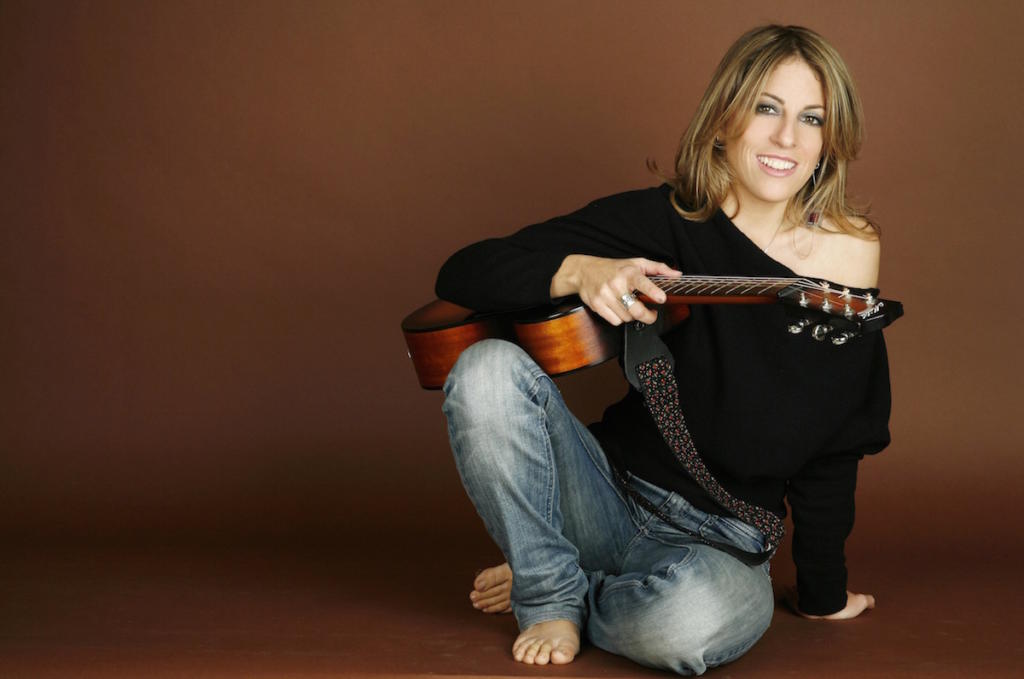 Nowadays, every artist has to be able to work with new media and social networks. How do you cope with this? Which social networks do you prefer to use when you want to interact with your fans?

I admit this as a kind of shortcoming… I’m not so good with social networks: I’m lazy and I can’t fully get into the “sharing” mindset. But I know this is necessary and I try to comply. I mostly use Facebook, even though I still have problems with tagging people and I don’t have a clue about hashtags yet! 🙂

Ludovica Values (Rome, 1970), musician, graphic designer and illustrator, art lover and experimentation.
She graduated from DAMS with a thesis in Theory and Techniques of the New Media, it has a long history in the field of volunteering and social engagement. For more information www.ludovicavalori.net and www.traindeville.com