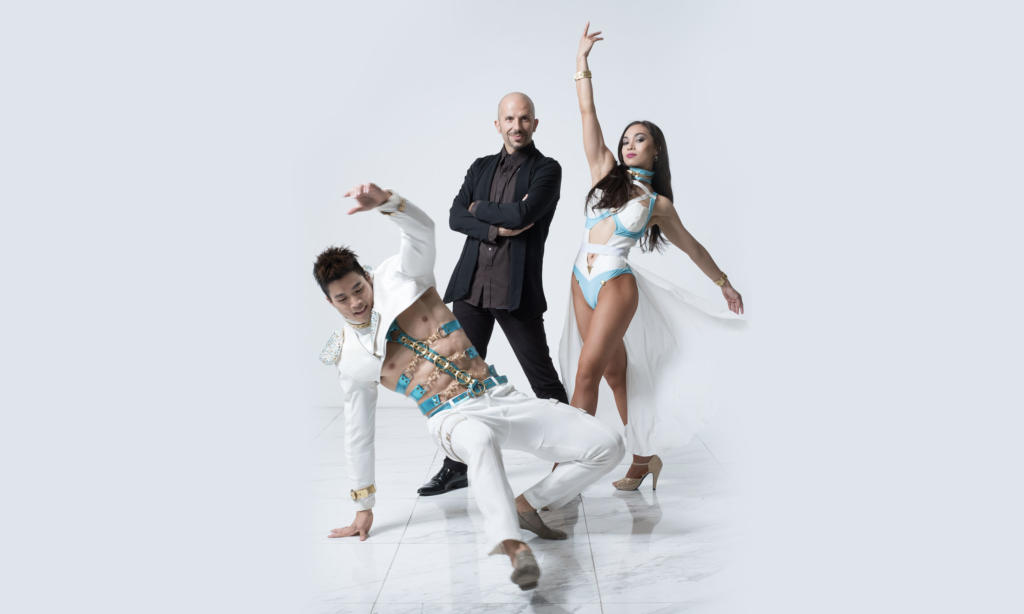 Giulio Scatola, is one of the most prestigious Art Creators and Choreographers in the World, his origins are very Italian, but he lives and works in America, we met him and interviewed exclusively for Rome Central Magazine!

1) You started your dance studies in Rome, where you originally came from and then continued your studies in Lousanne at the Maurice Bejart school, can you tell us how your passion for dance was born?

My mother always told me that even before walking I danced to music on her arms and on the ground! I think this passion is innate. As a child he began to follow the career of my sister who did artistic gymnastics, unfortunately in those days my father (a bit too old-fashioned) did not want a son to dance. The school where my sister did gymnastics also gave karate lessons so I decided to give myself to martial arts. The kata were nothing more than choreography so I also discovered the art of movement, balance and discipline, which is very useful for my career as a dancer.
After becoming a black belt and finally convinced my father to dance, I went to the school of Enzo Paolo Turchi where I graduated after only 3 years. After graduation my teachers encouraged me to leave Italy to follow my passion and perfect myself in different disciplines. I auditioned for Bejart and left immediately after graduating from high school. It was my father who took me to the audition for Bejart in Lousanne. .. he too became proud after seeing my progress and the success achieved (at 18 I had already been on television as a dancer for “This is love” with Choreography by Mauro Mosconi ). From there they did not come back to Italy. 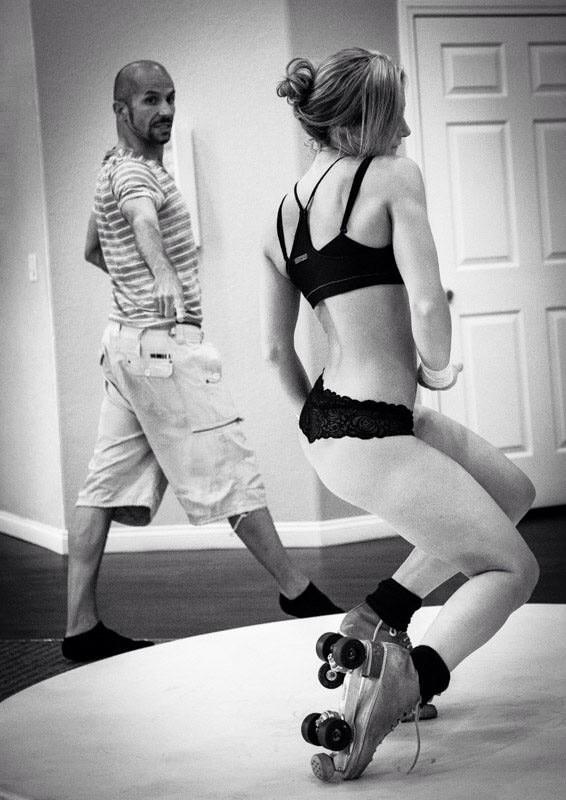 2) Can you give us a summary of the most important moments of your artistic career?

After the first year at Bejart I had already begun to understand that dancing was not the only art that fascinated me. I had also discovered acting and singing. David Horward (Baryshnikov’s teacher) came to Lausanne to give a workshop and gave me a scholarship for New York, the home of the show and the musical. I left Rudra to follow the American dream. I continued to study in NYC with David Horwrad and Alvin Ailey and do private singing lessons, until I made my first audition for the Musical Starlight Express for Germany. That was the beginning of my career as a musical performer. From Starlight I went to Cats and Joseph, Saturday Night Fever and We are The Champions (Germany) and then the Dance of Vampires in Vienna, Notre Dame De Paris (London) and Fosse ( European tour). After doing also from Capo Balletto I began to take on roles as assistant and then associate choreographer in the Best of Musical and Faster Than Magic (Europe). The magic show by Hans Klok then took me to Las Vegas as Resident Director and Choreographer. Once in Las Vegas, I decided to stay even when the show returns to Europe. I auditioned for Cirque du Soleil where they took me as an Artistic Specialist and Casting Advisor for all the American and Asian shows. I stayed with Cirque for almost 5 years, after which I decided to start my career as a Choreographer and Director on his own. I opened two shows in Ibiza working for the Pacha, after which the show Gotta Dance in Las Vegas (all written, directed, choreographed and sung by me) to finish in Manila opening the largest resort in Asia Okada Manila with circus theater performances and performances for the biggest Beachclub and Nightclub in the world: Cove Manila.

3) You are a choreographer and teacher among the most requested at the international level, what is the difference between working in Italy and abroad?

In Italy there is a lot of talent and potential but a great lagoon on an organizational level and feedback with the public. In general in America and in the rest of Europe (like Germany, England, Sweden) dance and Performing Arts are seen as real Arts. There is so much respect for artists and teachers. Here in Italy this “respect” feels much less. This is seen in the lack of work, in the exploitation of underpaid artists and the closure of infrastructures such as theaters and academies that should instead be incentivized.

4) Would you recommend an Italian dancer to gain experience in other countries as you did?

Absolutely yes. I generally find that Italians are very attached to the family and to “home” and have a little fear (and perhaps laziness) to venture abroad. I know that not everyone can afford to leave Italy. Not even I could afford to go out. My family paid me the plane ticket for New York city and $ 100. I had “lied” saying that I stayed at my teacher’s house. I went to a hostel in Harlem. . I did not care. I had a great dream and a lot of passion. Perhaps it was luck and not just the talentto, but I managed to stay in NYC for 6 months after dancing with the Albano Ballet the role of the Nutcracker Prince. In life you must fight for what you love and dream. . there will never be perfect moments. . you have to create them.

5) You have worked as artistic coaching on TV, in America’s Got Talent, you find that the dancers in America are more talented than the Italians, if so why?

I think Italians have a lot of talent and passion but less rigor and willpower. In addition, Americans devote much more to the study of various disciplines. I find that Italian artists abroad are among the best in the world, because our passion does not beat anyway.

6) At the moment in which project are you involved?

I have just completed my project in Manila after more than 2 years. I’m taking a break and thinking about what I want to do in the future. I have projects in the making but nothing definitive yet. Some offers are for Asia that attracted me a lot so I’m considering going back there because there’s a lot of demand for circus arts and shows at Cirque du Soleil.

7) In Italy you happen to work in various productions and to do dance stages?

Every time I come to Italy I always try to give at least one internship. This year I gave one to Grosseto for Estate in Principina. Unfortunately I do not often return to Italy, but when I can I always try to meet with dancers because I think it is important to exchange my knowledge of 25 years in the show business and the energy of dancers eager to learn something new and I hope stimulating.

8) In your opinion what are the three most important things to become a true dancer?

Talent, will, perseverance, passion, respect and openness. All with a bit of luck.

9) Of all the productions in which you worked around the world, which gave you more ’emotions and satisfactions?

Certainly the show in Las Vegas Gotta Dance: A Tribute to. .. LIfe! The show was dedicated to everything that makes us dance and move emotionally. Both a song, a sound, nature, contact with a person. Each song had the word “dance” in the title. It passed from the 60s up to today. I wanted to touch iconic moments of dance and tributes to artists who made this legendary art. In each issue there were small moments of “tribute” to dance styles like Tip Tap, Jazz, Contemporaneo, Fosse. It was a great emotion to see for the first time a work conceived, built, directed, choreographed and sung by me. I do not think I can do more than that.

10) Do you give us a name only of a dancer or a dancer who today considers extraordinarily good?

Misty Copland and Roberto Bolle. I also wrote a circus show with them 2 in mind. Maybe one day you can do.

11) With whom would you like to work on an artistic level, with which you have not worked yet?

I’d like to collaborate with Dragone. I consider him a great visionary and I would very much like to enter his mind and create something stimulating and unique together.

12) A small advance on a work to be built soon?

Surely something between Club and Circus. I really like this new mix.