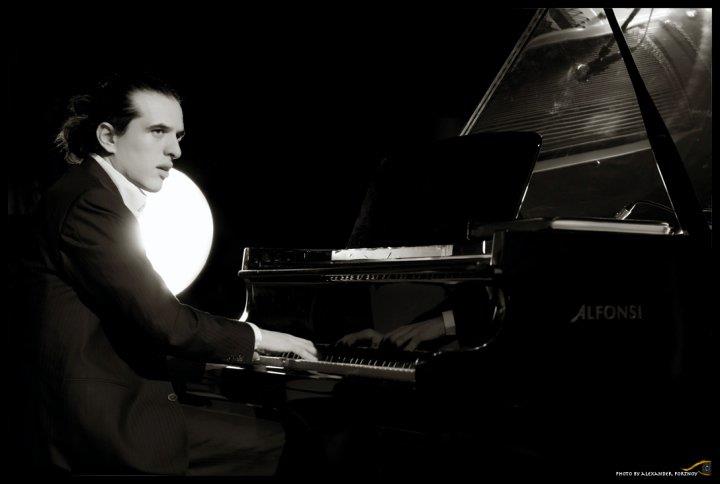 Meet Vincenzo De Filippo creator, composer and director of the show Landscapes contamination of sounds and emotions with the gospel choir “Taschler Voices”, the vocal ensemble Renaissance “Alcanto”, the ensemble “Marmediterra” and the small orchestra of seven instruments to Vascello Theatre in Rome (show in 19 october 2015, and on may 2016). 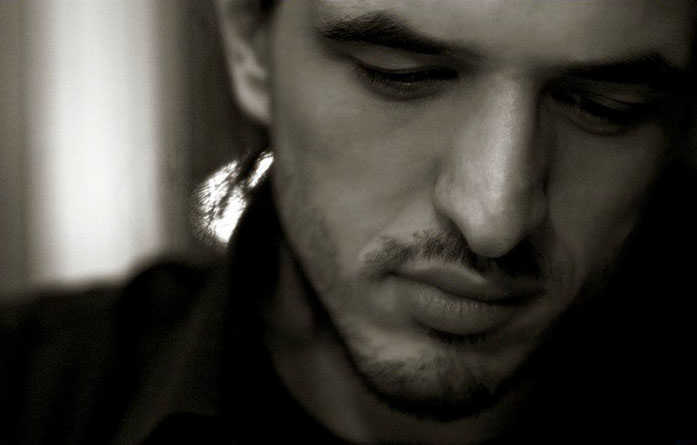 Landscapes is a journey for the senses and make you remember the fullness of special moments, like the one you experienced in your travels, “is a kind of reflection that we propose. For example when a person travels, sees and experiences of places, these evoke a simple message and whoever brings impressions and feelings. 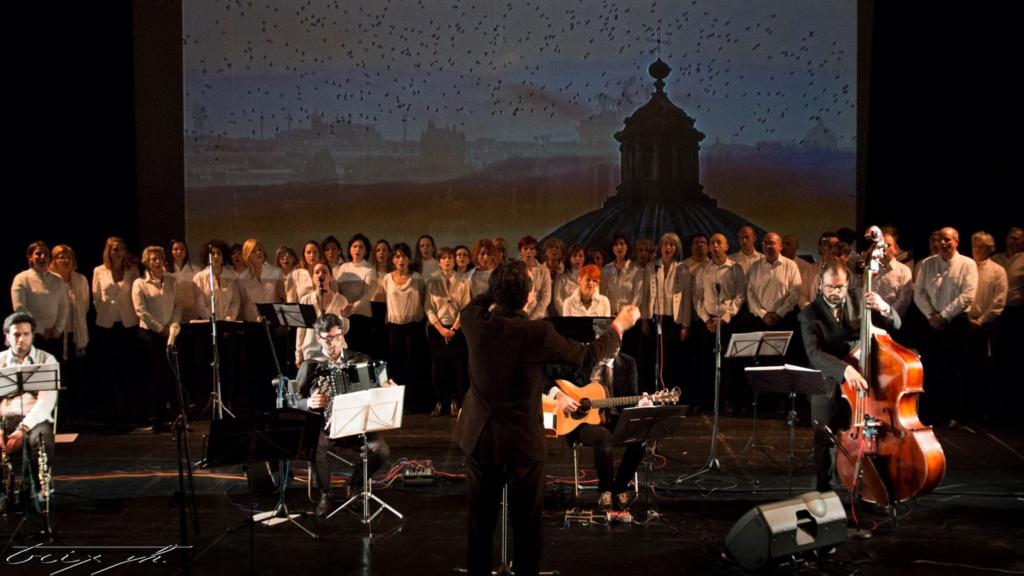 Why the show has taken the name of Landscapes, because they are landscapes of memory, “notes De Filippo, the composer and director of the whole group.

How does the memory to be translated into a musical point of view?
All of us if we go to Cuba, for example, we are fascinated by the diversity and also recognize the melodic identity, then return to remember the rhythms. Every area of ​​the world has the inherent characteristics that we look back and we represent imaginary staff of the viewer. Because music is not just a soundtrack, like in a movie, but a connotation emotional image. 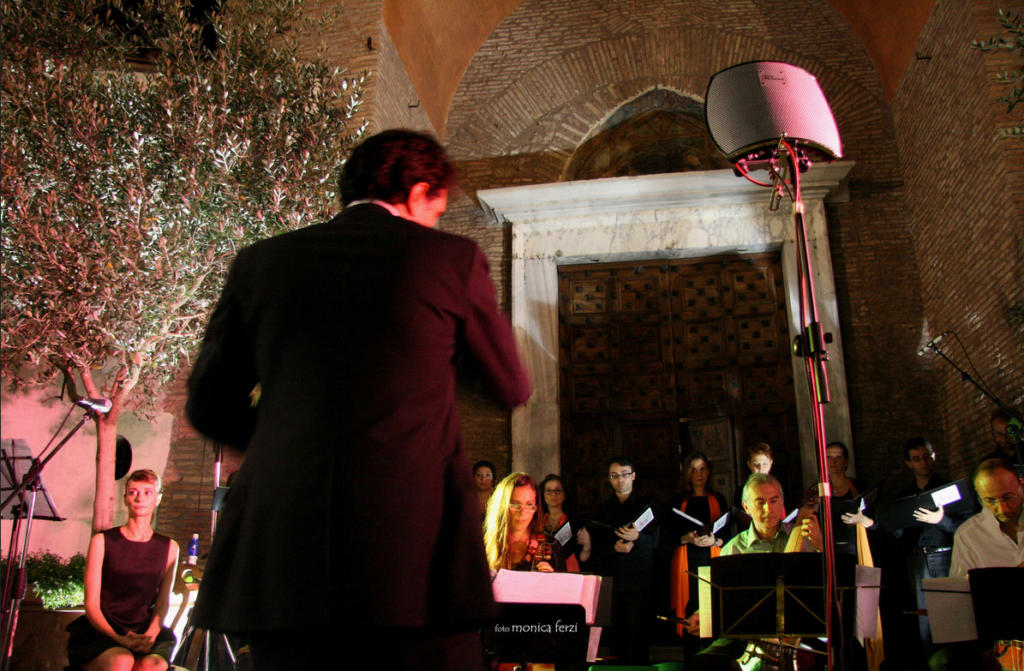 What is the proposed journey?
What inspired me was a lullaby that my four year old son I dedicated one evening. It starts from a mine in the province of Caltanissetta, Italy and then up through the rhythms and traditions of Sicily, Calabria, Puglia and Campania. Meanwhile miners begins this metaphorical journey that starts from the dark, from a primordial place to which we are all related and that back in the important moments of life. Because we are born from the mystery that refers to the darkness, one of the most authentic landscapes, and from it every time we go to be reborn. And life, the sun, the hope is brought by tarante serenades and then return to soulful sounds in the closing piece. 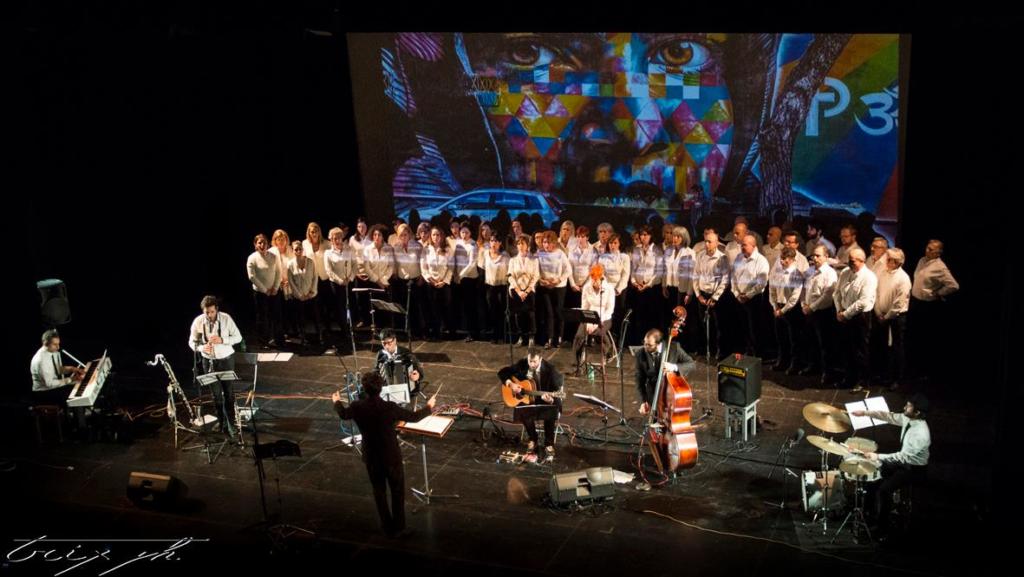 By composer and conductor. How do you direct a multifaceted universe of sounds and have them meet?
Are two choirs of 40 and 12 people that I run for many years and my system is a technique that is based on the natural voice, not like superstructures in the lyric, why can converge two choral groups of different background: is the item you adapts to the atmosphere of the sound that we want to create. My main characteristic is to mix the vocals, I studied Renaissance music, also the musicians are all professionals eclectic, I have the honor of being chosen by modern musicians who can improvise and use different registers: enter and exit from ethnic to jazz, to classical. 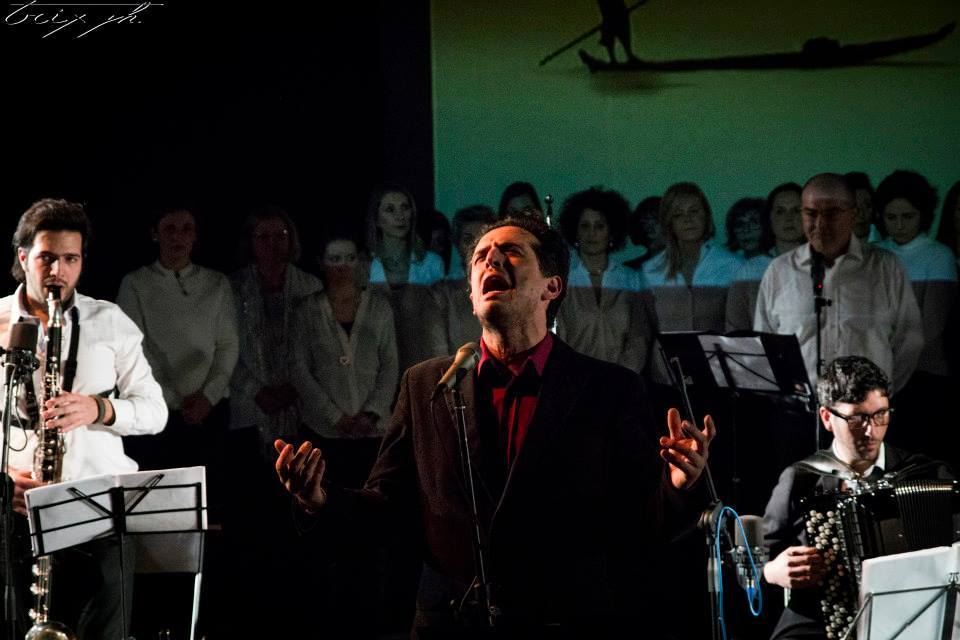 In this show there is what I consider to be the way forward by the music. 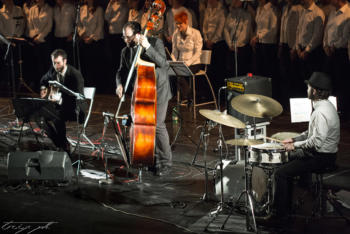 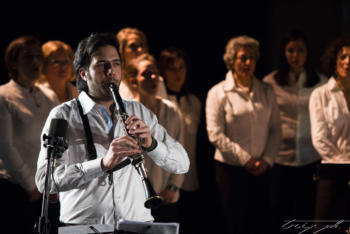 Make current the past is a part of the cultural life of a country, and then there is the contemporary and experimental … “We are overly bombarded with messages and impressions but so, as suggested Stravinsky music hides the mystery of life, which remains such, it’s up to each of us to find the right interpretation. 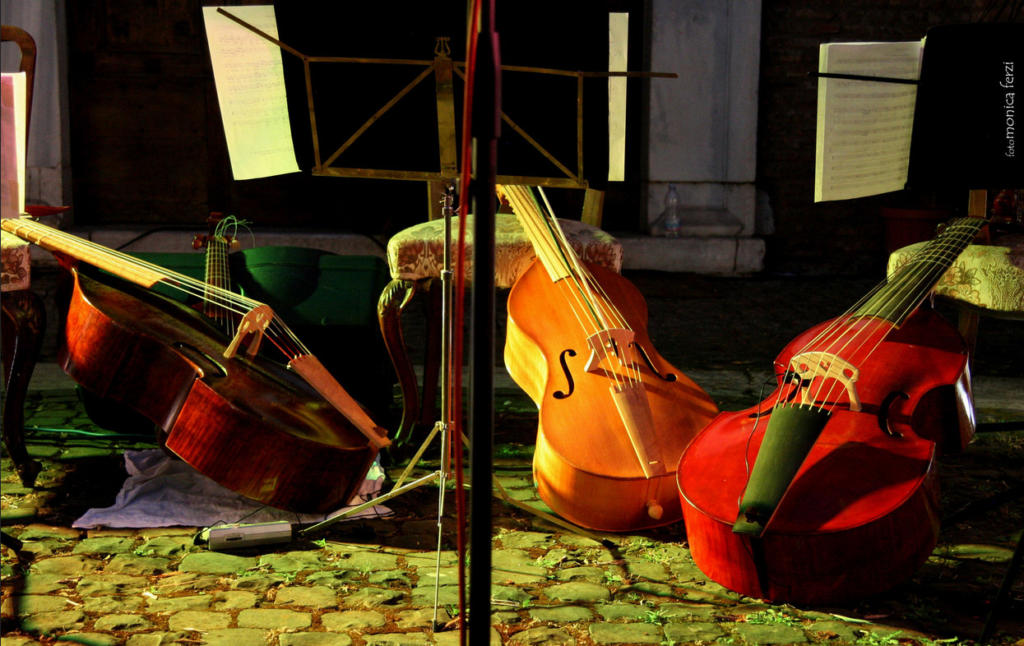 Vincenzo De Filippo is an eclectic musician and composer. He started the Conservatory at age 20, first played the drums in a band. He started working in the bank but only 21 days after he resigned to devote himself full time to music. He is a musician and taught his four children to play with instruments and music.

His interests range from Renaissance polyphony to contemporary music, through the Argentine tango and jazz both as a musician and as arranger.

The concerts range from classical music with the Ensemble Renaissance Alcanto, the Estro Ironic, the Mastersingers of St. Charles Borromeo to Argentine Tango, performing with the group which he founded: the Trio de la Sombra, and ethnic panorama He achieved many successes with the project Marmediterra that with the collaboration of musicians Senegalese, Lebanese, Moroccans and Slavs, it is proposed to filter and synthesize arrays of Mediterranean music (Arab music, Balkan folk and southern Italy) with experimental arrangements.

For the Trio de la Sombra composes and arranges all songs of their repertoire.
Also as part of the Tango, collaborating with singers Rumolino Sandra and Ana Karina Rossi.

Within ethnomusicology lectures – concert in many institutions including the University for Foreigners of Siena with a discussion on the similarities of Koranic cantillation and chant songs of Sicilian miners.

He has written and edited music applied to theater, dance, film and recently composed music for video art and video games. He also participated on stage as a musician for these shows. Among the biggest: Milonga Merini (2012), Some nights they never happen (2011-2012), without any claims, fuite gypsies come the actors (2011), Le Grand Café des Voyageurs – scores for Human Universes in transit (2009 ), Tango Clandestine (2008), Eternal One Day (2008), Le Grand Café des Voyageurs (2007).

He directs the Ensemble Alcanto permanently, the Choir Taschler Voices and other orchestras of the Italian music scene.