In the spaces of Inars Art Gallery, Library Arion Montecitorio in Rome, in the exhibition “theaters of war” which includes works of great artists of the twentieth century on the conflict in the collection of Ovidio Jacorossi, they expose the “War Landscapes, landscapes war “by Alfredo Macchi, black and white photographs taken in 15 years of work at the forefront in the major conflicts in the world and collected in the book” War Landscapes “(Storm Publisher). TV Reporter Mediaset, sent to war zones, is a photographer with a passion for high professionalism. Alfredo Macchi was born in Switzerland, but currently lives and works in Rome. He has participated in several solo and group projects with social and auctions. He has received numerous journalistic awards including the Prix Saint Vincent, the Ilaria Alpi Prize, the Prize and the Prize Mark Luchetta Enzo Baldoni. His photographs are part of private collections in Italy and abroad. 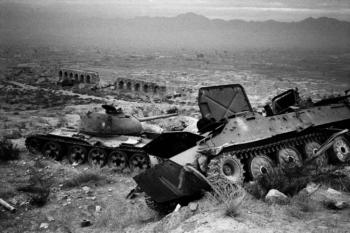 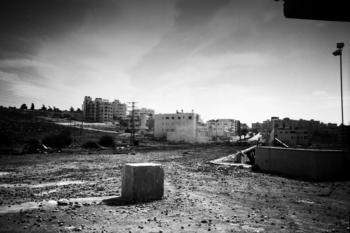 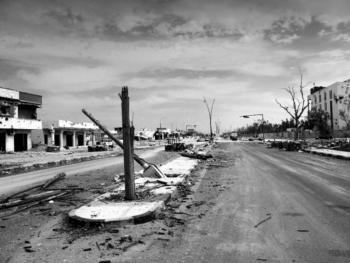 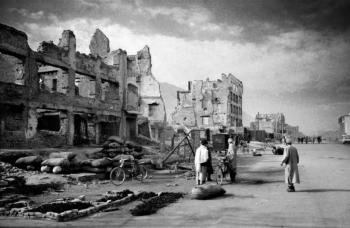 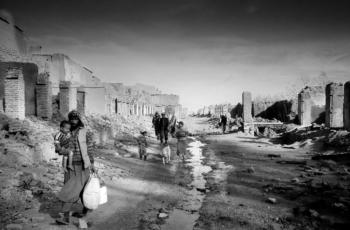 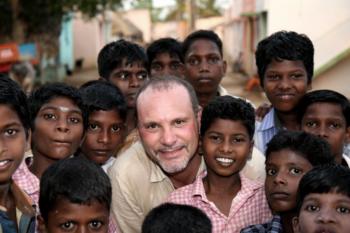 Landscapes of conflict zones in the world, stories and images from distant countries, from Afghanistan to South Sudan … His photographs choices and accurately exposed souls are living through his eyes and his light. We speak of lived moments of war … are moments where you lose touch with the human being, the being, the self, civilization … and Alfredo Macchi takes that contact through his shots and his stories filled of life. Photography as Art, today remained the prerogative for few, of those who still want to pursue.

We met him in the gallery to see his photos, on display until September 12, 2015.

How and when does this project “War Landscapes, landscapes of war”?

War Landscapes is the work done here in 15 years sent in many war zones, from the Middle East to Afghanistan, from Libya to South Sudan. In these years I have collected many pictures full of pain, screams, the crowd. In this book, I chose instead to place the photos of the signs left by the war in the near absence of the human element: landscapes of destroyed cities and battlefields, views of trenches and fortifications. One way to think about what they leave all wars, away from the emotions and passions of single conflict.

What do you tell?

The pictures I took are what moved me during my work. Photos of streets full of rubble, overturned tanks immediately after the fighting, the walls and towers of concrete that mark areas of crisis. I think they are symbols that should make us think about what is the war, beyond the record of the individual event. Whole countries are altered, separate populations, are places where burned: the legacies of the conflicts are very heavy, in the territory and in the minds of the people.

Brilliant artists of the past have given their vision of the War … how is your vision?

In the exhibition “theaters of war” there are paintings and sculptures that run through the entire twentieth century, works that reflect the atmosphere of the times in which they were made and often anticipated the times. Some people saw the war as a source of progress and as unavoidable necessity. Then the artists of the postwar period, describing the tragedy that was the Second World War. Intuition Ovidio Jacorossi was to combine these masterpieces my photographs of contemporary conflicts. Today we are bombarded with images of war, video of car bombs exploding, hostages beheaded targets hit by viewfinders aircraft: mostly though it is propaganda that tends to hide what is really the war, often fought away from the cameras by teams special or drones from the sky. In a time when everyone is talking about the “war on terrorism”, “clash of civilizations”, I would like to bring attention to the consequences of the wars, which do not solve conflicts, but bring destruction and sow more hatred.

The photo was for a select few, those who could afford the equipment and the ability to travel was not easy then as it is today?

Everything’s changed. Once the few who photographed somehow documenting places and situations that few could see. Today everything is photographed. What happens it is immediately captured by anyone assist you with a simple smartphone. A flood of images often insignificant. The photograph must therefore become more: reveal hidden aspects, allude, to imagine, to reason. Thus it becomes essential figure of the photographer, his sensitivity, his way of telling and convey emotions. Born just so photographs that can stand, to tell us something different in the sea of ​​images disposable that engulfs us every day.

Art became his passion for photography? How and when was born?

I work for television, an effective and unbeatable in speed to inform. This, however, is also known as its limit. If you want to learn, reflect, stop on something, the photograph I think it is unbeatable. When I leave to make my report to the Mediaset networks I always carry the camera. During breaks or at the end of the day I make the shots of situations that excite me. Faces of people or places that I want to remember and pass on to other people. It is obviously a personal suggestion, atmospheres, memories. I realize that there are photographers much better than me, able to capture details that I would never be able to see. Photography is so: in addition to the targeted subject, tells us a lot about who clicks.

Nowadays with the advent of digital and virtual internet, photography is made available to all. Each recording can be shown to millions of observers within a few seconds, which in turn can share the element generating a virtuous circle in no time without boundaries … tell me what you think? What are the limits?

In fact we have billions of useless images or live the span of a few hours. Social media going crazy pictures of kittens or sunsets, the legs on the beach, food dishes or news events taken with mobile phones. All this we might call junk photo, a little ‘how to eat at a fast food and not even realize what country you are. Important photos, those that represent an era, that tell a story or anticipate a trend, they are few and far between. And for this valuable.

Let’s talk about you … and .Moment of the shots … How do you feel when you are there?

Every time I go to a war zone are overwhelmed by emotions: fear, despair, loneliness. I try to tell what war means for the weakest, civilians or the soldiers themselves, that under the hard skin are also their humans with their suffering and their stories. Often floorboards to abuse or actual war crimes who try to denounce in my services. With photos I try to do the same thing, without the frenzy of the time in the news. So the eyes of a child or the hands of an elderly, a road or a room, can suggest something interior which results in the need to take that ‘image. There have been situations where I was not fast enough to seize the moment and those images were still leading, but I can not show them to anyone.

A collection in a photo book and an exhibition, what would you leave us viewers? What’s feelings?

The book opens with images of New York after September 11 and after photographs taken in Afghanistan, Lebanon, Egypt, Libya, and many other countries at war ends with images of children who return to play in the rubble. It is a sign of hope that maybe in the not too distant future war will be considered an ancient and barbaric way to overcome conflicts among men. But I realize that the times seem to go in a different direction. Many in Europe today do not remember what really is the war and call for weapons as a solution to any issue. I would like to remember with my pictures what leaves the war.

Where do the stories?

Anywhere, all you need are sensitive to them. Often situations already told they can offer different insights if you look with a different point of view. You have to be curious and ready to accept what surrounds us. If we stop to our beliefs and our prejudices we will never see so many stories.

The exhibition will be followed?

I do not know. The book War Landscapes is getting a great success and won the silver medal at the PX3, Prix de la Photographie de Paris, one of the most prestigious international awards. The exhibition is a chance to see the photos in large format and in a different way for the public. Could continue in other cities along with the book.

What are your future plans?

I’d like to devote myself to a long-term photographic project on new topics and different. I have some ideas.

I consider myself lucky, I was able to do the job I wanted, to travel the world and tell about it. I would have with my profession helped some person a victim of injustice or prevent some abuse .And I’d like to pass on this passion to the many young people who often tend to shut themselves up in the routine of dissatisfaction. The world is full of opportunities to do what we are passionate about, otherwise you waste your life.

This exhibition not to be missed and full of wonderful sensations of Alfredo Macchi: War Landscapes, Landscapes of War “, is waiting until September 12, 2015 in Rome at inARS Art Gallery – Library Arion Montecitorio Piazza Montecitorio, 59. 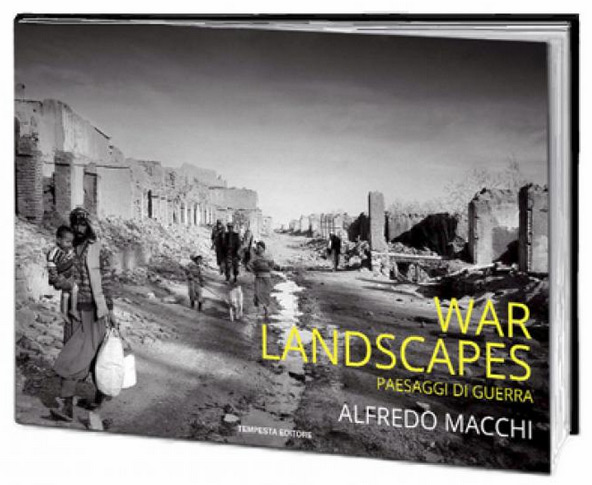 The book link to view and purchase: http://www.alfredomacchi.it/blog/war-landscapes/