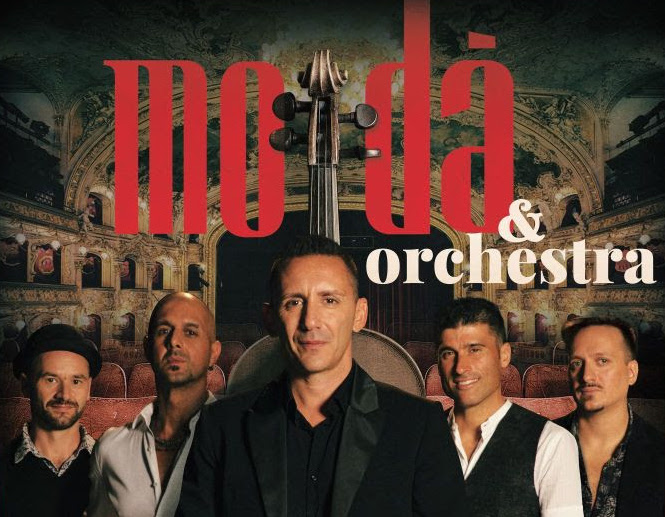 Milan, Oct. 21, 2022. The celebration of MODA”s 20-year history (2003 – 2023) will be the occasion for a new and exciting challenge for the Milanese band: in fact, for the first time, Kekko Silvestre’s band will perform live in major Italian theaters accompanied by an orchestra.

The Italian band, which boasts a long list of awards and certification including 1 Diamond disc, 9 platinum and 2 gold discs, 15 platinum-certified and 6 gold-certified singles, and a long list of sold-out arenas and stadiums throughout Italy

in the main Italian theaters

accompanied by the orchestra 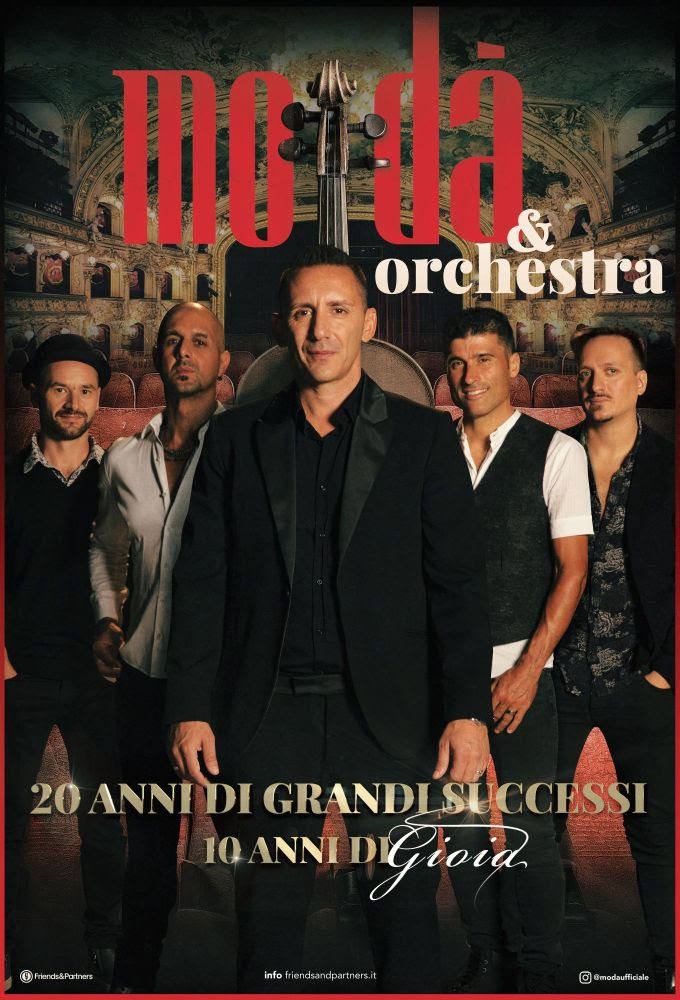 The tour will also be an opportunity to celebrate another important anniversary for Francesco “Kekko” Silvestre (vocals), Enrico Zapparoli (guitar), Diego Arrigoni (guitar), Stefano Forcella (bass) and Claudio Dirani (drums) namely the 10 years since the release of “GIOIA,” a 5-times platinum-certified album that marked an important turning point in the group’s history.

The date is for 2023 starting March 27 when the tour (produced and organized by Friends and Partners) will kick off in Rome and then stop in Milan, Turin, Brescia, Florence, Bari, Naples and Bologna.

Tickets will be available from 4 p.m. today exclusively for the fanclub and from tomorrow Saturday, Oct. 22, also from 4 p.m. on Ticketone and at authorized presales outlets.

This is the full schedule of dates:

MODA’ in these 20 years of career have conquered song after song, concert after concert the Italian public obtaining 1 Diamond disc, 9 platinum and 2 gold discs to which are added 15 singles certified platinum and 6 certified gold and a long list of sold out arenas and stadiums throughout Italy.