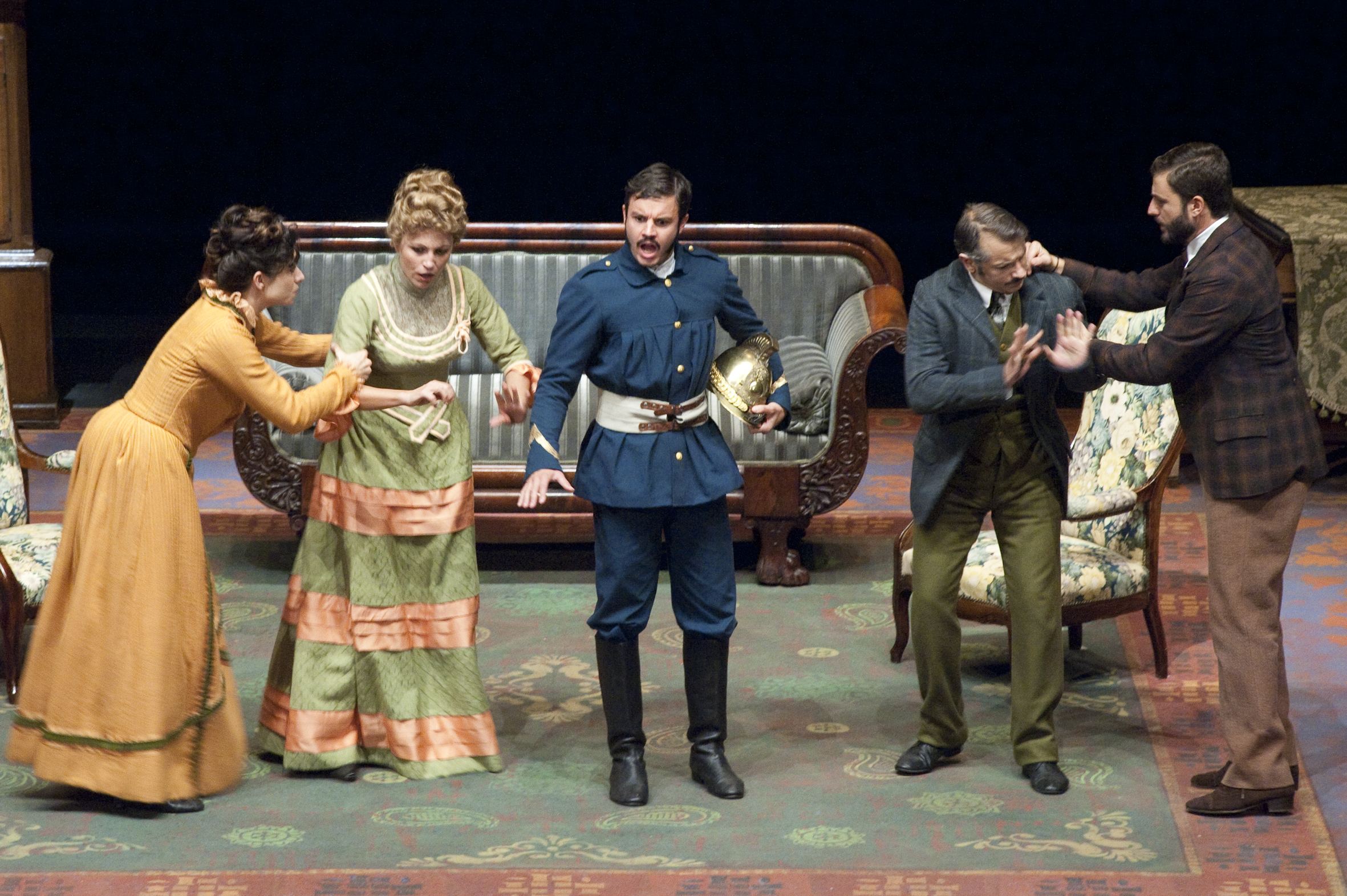 A bourgeois world, fast way. A framework illogical, absurd, where reigns the delicious non-communication of all the characters. The desert of emotions that repairs several couples on stage by understanding the world is the mirror of humanity lost in its contradictions, hypocritically convinced to believe in everything he does, and he does not say. Lost forever in the speeches that have no more reason to get out of the mouth. We are all equal in front of ourselves, we are basically the same, bland and monotonous as a tired song that nobody sings. A story to pass the time, so that by itself does not pass, a house in the series, a fact that happens exactly the same as would happen if it had not happened.
And a hero – that of the title – that there is not, the main element of the text does not refer to anything, a character who has no voice, even hair, combing yet. Always in the same way.