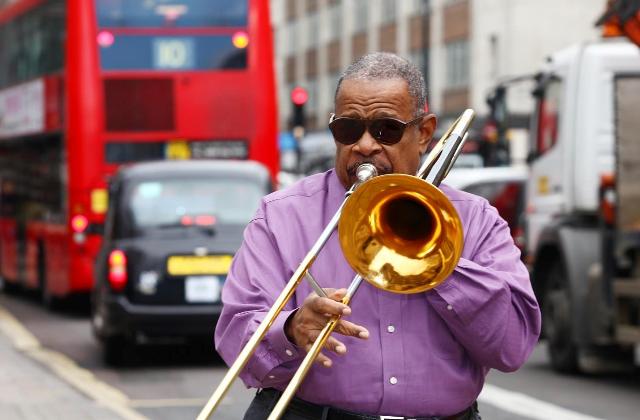 Decades after his work with James Brown and George Clinton, Fred Wesley has established himself as one of the architects of funk, his new project creates a link three of his jazz roots and future generations. A trio with Wesley at age 73 is still a virtuoso trombone, the Italian organ prodigy Leonardo Corradi, the French drummer Tony Match. Three musicians who initially came together to pay tribute to the soul of the legendary jazz organist Jimmy Smith, continue to play together in the name of the groove. Their show combines the talent and experience of Wesley who has worked with artists such as Count Basie and Ray Charles, up to Lenny Kravitz and D’Angelo, with the touch of Corradi and rhythmic colored of Match that also makes use of African rhythms  and electronic sounds.

Wesley is recognized as the funk trombonist reference. Along with Maceo Parker and Pee Wee Ellis it was one of the key members of the horn section of groups of James Brown and also the musical director for James Brown’s Band. He has played many hit songs like “Say It Loud – I’m Black and I’m Proud” and “Mother Popcorn” and also as co-author of “Hot Pants“.

In 1978 he joined the orchestra of Count Basie, thus expanding his artistic horizons to jazz. His first jazz album as a leader is To Someone in 1988, followed by New Friends (1990), Comme Ci Comme Ca (1991) and Swing and Be Funky and Amalgamation (live, 1994). In the early 90 Wesley returned to work with the JB Horns (with Pee Wee Ellis and Maceo Parker). When Pee Wee Ellis left the group took the name of “The Maceo Parker Band”, and Wesley was part of the group until 1996 when he founded his own band, “The Fred Wesley Group“.