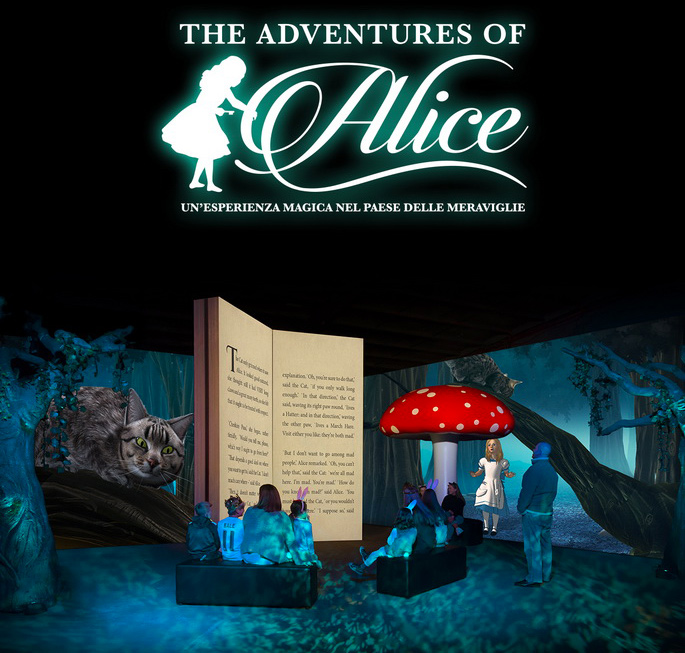 All roads lead to Rome and so little Alice, catapulted in Wonderland, landed in the capital with a show entirely dedicated to the fantastic novel of English Lewis Carroll that, just on November 26 last year, celebrated the 150th anniversary of the publication and that continues to fascinate both adults and children.

We have witnessed an immersive experience with the world premiere of “The Adventures of Alice”, at the former barracks now called Guido Reni Guido Reni District, a multimedia exhibition dedicated to families and which incorporates the original drawings by John Tenniel. The structure of the “Guido Reni district” in Rome, with its ample space lends itself to different forms of art and performance. 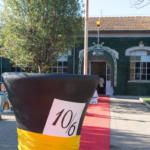 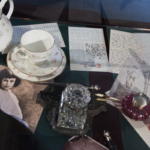 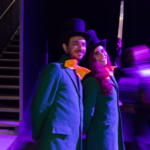 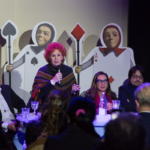 The telling of the story of Alice in Wonderland (Lewis Carroll, 1865) with his psychedelic visions, lends itself well to a 360-degree narrative, with screens and a stage set that put the visitor at the center of the narrative wherever it faces being able to comfortably sit on benches or strolling around the huge room. 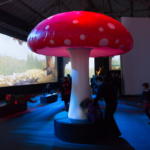 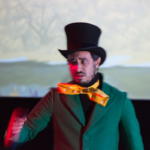 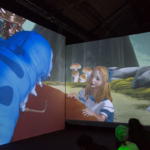 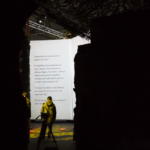 Various costumed actors interact then with the audience, especially the smaller ones, in style “Wonderland” lending itself to games and funny conversations. The graphics and the choreography is dominated by the huge book by Lewis Carroll in the center, which runs in sync, with the action shown on the screens, the text of the novel. It is a cozy and relaxed environment where you can really enjoy the narration. The big red mushroom on a  side and trees/vines illuminated by a  ghostly green light, made a good framing for the narration.

The story is faithful to the book and it can also attract younger viewers keeping up their interest thanks to the wise direction showing the action on the screens moving expertly and smoothly from one to another. 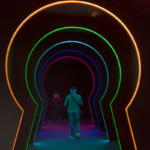 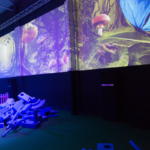 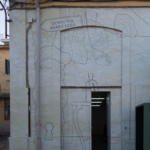 At the end of the show you will enter into a second room mainly for children, with giant buildings blocks  and an inflatable  maze to play with. Parent can enjoy the bar in the corner, also in Alice in Wonderland style to have few minutes of relax.

Reserving your place is REALLY recommended, because the show lasts about an hour and access is allowed only at the beginning and to a maximum of 150 people at a time.

Note for our English readers, both the performance and the book are in italian.

“- Alice: For how long is forever? 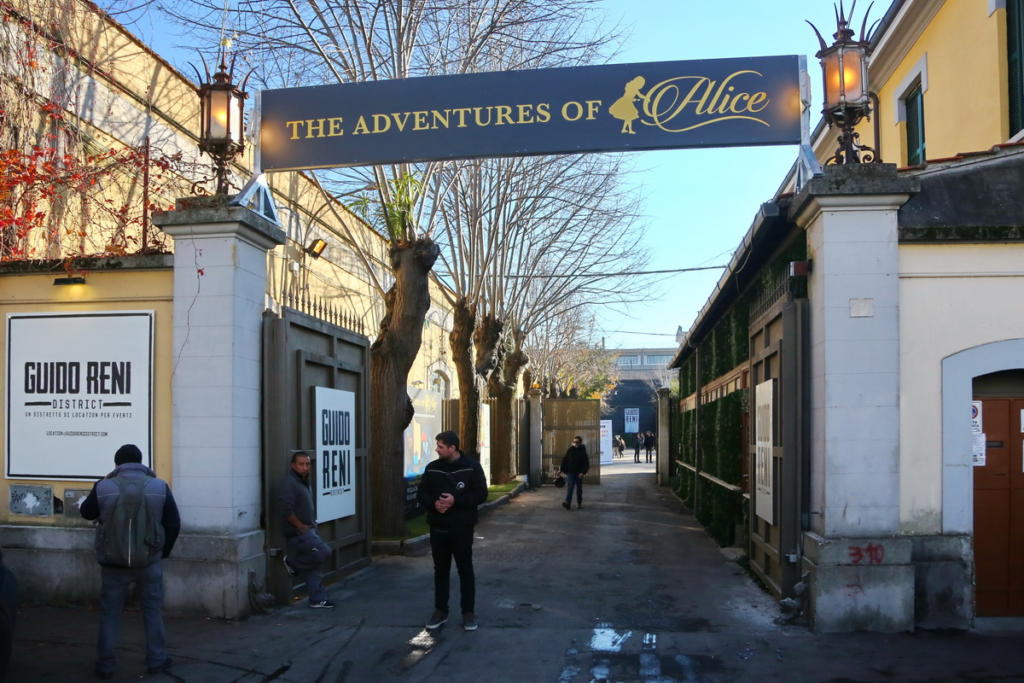