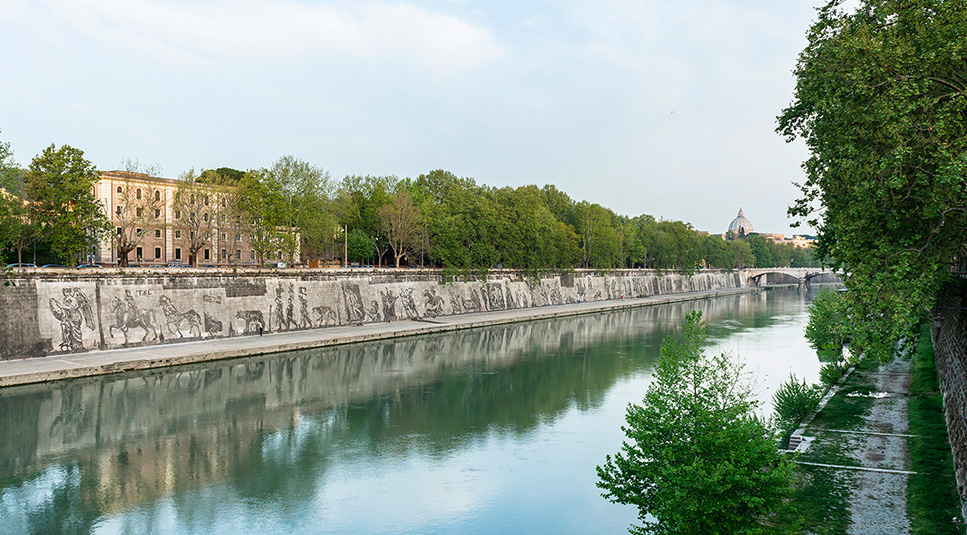 The day November 20, 2016 with the free Meetup “Photography Social Club Roma” group we got to admire the street art frieze of 550 meters built on the banks of the Tiber river realized by the South African artist William Kentridge. Triumphs and Laments, this is the name of this work, which extends from the Ponte Sisto to Ponte Mazzini, an area that the Eternal Tiber Association has called “Tiber Square“, corresponding to the size and proportions of the ancient Circus Maximus, and that will be the scene of shows and exhibitions in the open air. 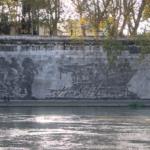 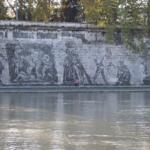 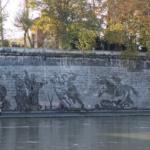 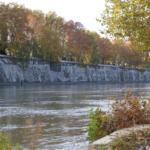 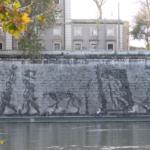 Triumphs and Laments, opened for 2016 Christmas in Rome, during the historical founding anniversary of the  capital – way back in 753 BC . This street art work consists of eighty tall figures up to ten meters, through which William Kentridge wanted to outline a mythological path where the Romans could explore and recognize identity of their city through the vicissitudes of triumphs and defeats: from the Capitoline Wolf to Marcello Mastroianni kisses Anita Ekberg, the murder of Remo and the effigy of Garibaldi, from St. Peter crucified upside down the murderers of Aldo Moro and Pier Paolo Pasolini. 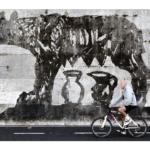 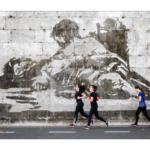 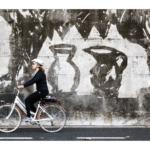 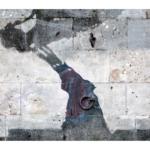 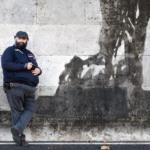 The work is likely to disappear as the images are made from biological colonization and by blackening of travertine blocks of the embankments of the Tiber. From the palette of the artist’s drawings it has gone to great stencil shapes applied on walls, whose free spaces, not covered, have been cleaned with hydro cleaners. Subsequently, the forms are removed. The result is that now we observe the images formed by the “Dirty embankments“, bacterial colonization precisely. During a short time the stones around it darken and absorb the images. Right in the author’s thought is the temporary nature of his images and interpretation of a story, that of Rome, where the glory and disgrace are inextricably linked. 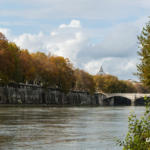 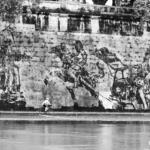 William Kentridge, comments on his work: “My hope is that, while people will find themselves walking along these 500 meters, they can recognize images of a story is familiar but also reinterpreted. And this will reflect the complex manner in which the city is … Looking for the meaning of history from its fragments, we are a triumph into a defeat and a defeat into a triumph. Usually the works of art survive those recommending them, this is too big to stay. It would be too definitive statement of what the story is. But an important component of the project is its temporary aspect. “ 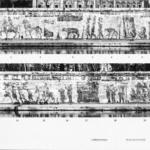 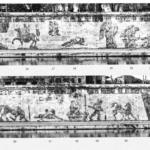 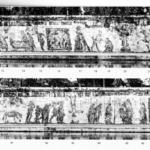 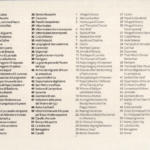