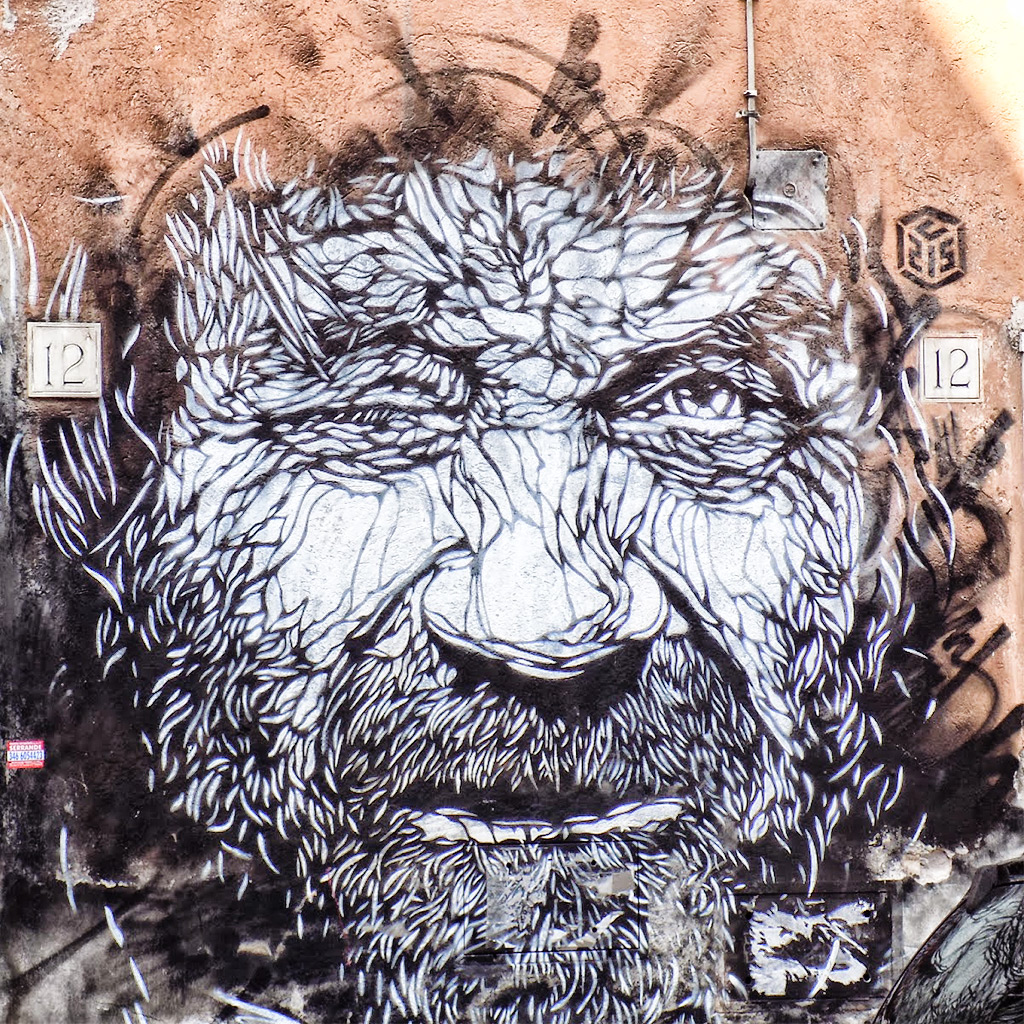 We interview in Rome Claudio Gnessi, he defines himself as  “art director and interaction designer” who like to discover new horizons and to test himself. He founded a newspaper (Romanotizie), a film festival (Karawan) and leads the largest  community project laboratory in Italy. Claudio loves teaching and working as a volunteer in his Torpignattara district: “the interaction with people is the only way to learn constantly. Stay in touch with differente people, needs and point of view, helps me to improve my ability to interpretation, evaluation and planning.”

1) There are many initiatives organized for the 90th anniversary of the Torpignattara neighborhood there then you can list and explain?

You can not make a list as it is an ongoing schedule, open to the direct social and cultural participation of all the neighborhood realities. For now I can list those  are confirmed for now, starting from the laying of the stumbling stones (pietre d’inciampo) in the memory of partisans killed at the Fosse Ardeatine neighborhood that will be held onnJanuary 12. An event promoted by the entire neighborhood that has agreed to our request supporting the initiative as direct participation. We can say that, perhaps, is the first time that the Stumbling Stones are placed on a proposal of an entire district and not an institution or a family member.
The January 15, 2017, however, will start the Ecomuseum Sundays, urban trekking to discover the cultural, artistic, archaeological, anthropological, historical neighborhood. It will start with a path that will visit the places where they were held many events that happened in the nine months of Nazi occupation, telling stories and life stories that are intertwined in the streets and houses of Torpignattara.
And much more: there are dozens of applications for membership and therefore we invite you to go on www.90voltetorpigna.it website to stay up to date. 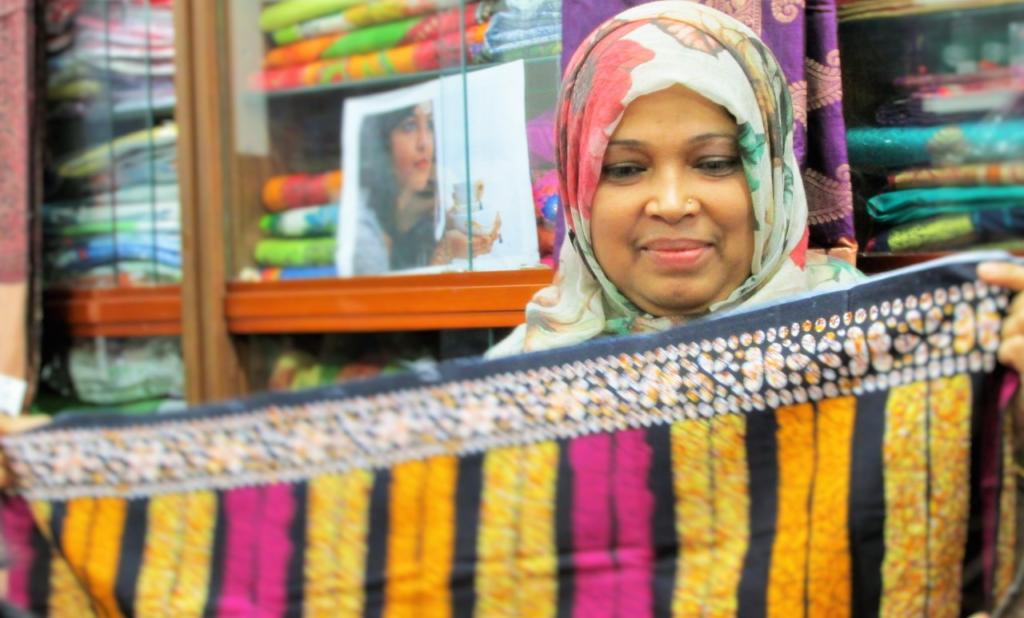 2) Multiethnic and often described as ‘difficult’, Torpignattara is a neighborhood of Rome, its emblematic way, such as the various shades and qualities of the neighborhood would like to see enhanced and which would like to see better described or improved?
Multi-ethnicity is simply the latest appearance of the complex challenges that a neighborhood like ours, often called ‘frontier’, is called to face. Torpignattara was born as one of the firt stations arrival in the city, as a first interface with the “urban” reality for those who came from the countryside or from other regions, and carries within it always been the characteristics and contradictions that have to adapt, accept and understand. This challenge in the last 10-15 years has apparently suffered a sudden acceleration, changing the face of the neighborhood, but not its essence, to a place where, with great difficulty, people who speak different languages ​​and come from different cultures are found to live together, by necessity. 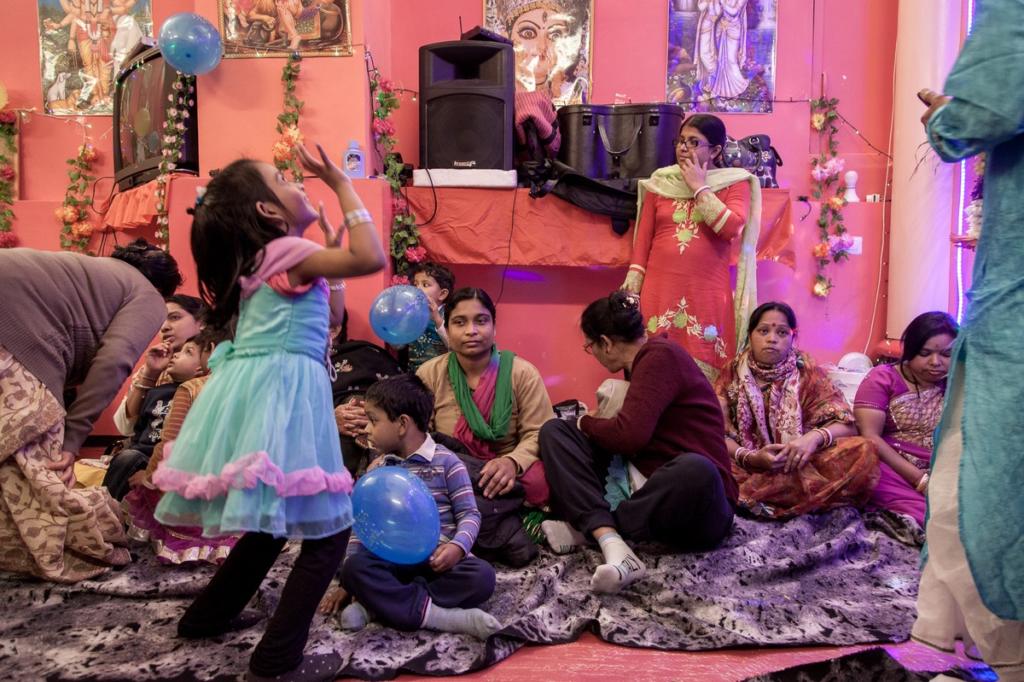 Many of these people have nothing in common, only those streets, the houses, the place where they live. We believe that neighborhoods like ours, and there are many around Italy, is a laboratory of the Italian society of tomorrow, it is in situations like this that should be built and sustained a welcoming European policy, and above all we are convinced that it is time to introduce a new approach to the issues of coexistence, migration and identity. From this point of view the multiethnic goes declined in intercultural, where cultural ending to be understood in the anthropological sense and not with simplistic nuances “ethnic“, “exotic” or even worse “race difference“. 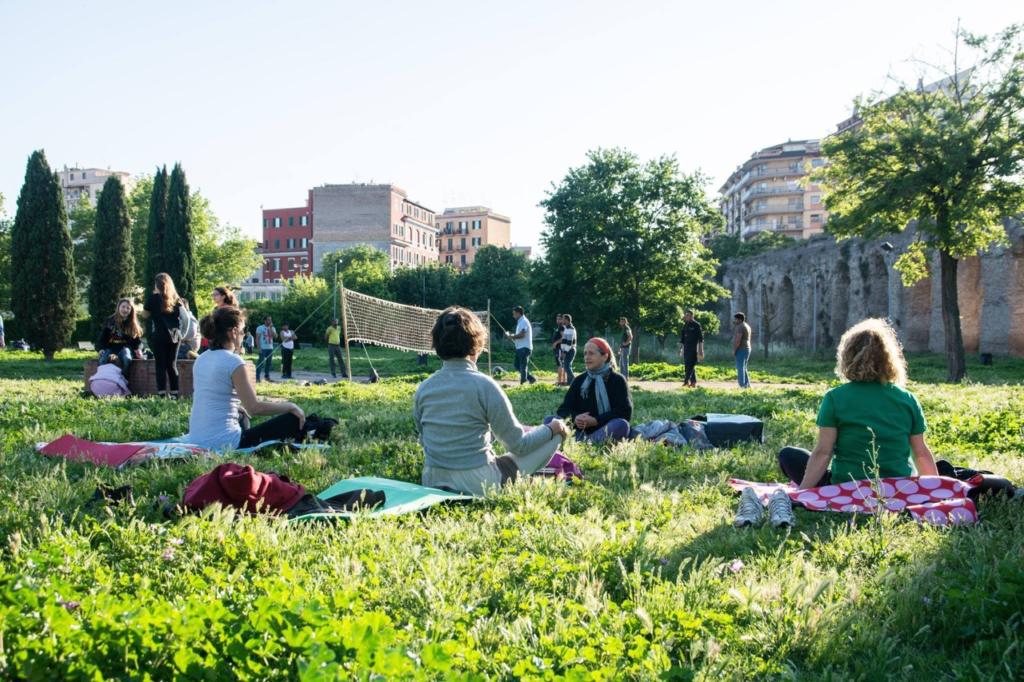 The métissage of Torpignattara invests throughout the neighborhood at any declination: there is the ancient and the contemporary, the West and the East, the cultured and the popular, the ordinary and the extraordinary. multi-ethnicity talking, then, is to speak of something old. Torpignattara from this point of view is developing new models yet to be interpreted. We’re working with the project Casilino Eco-Museum, trying to systematize this challenging program of cultural levels. 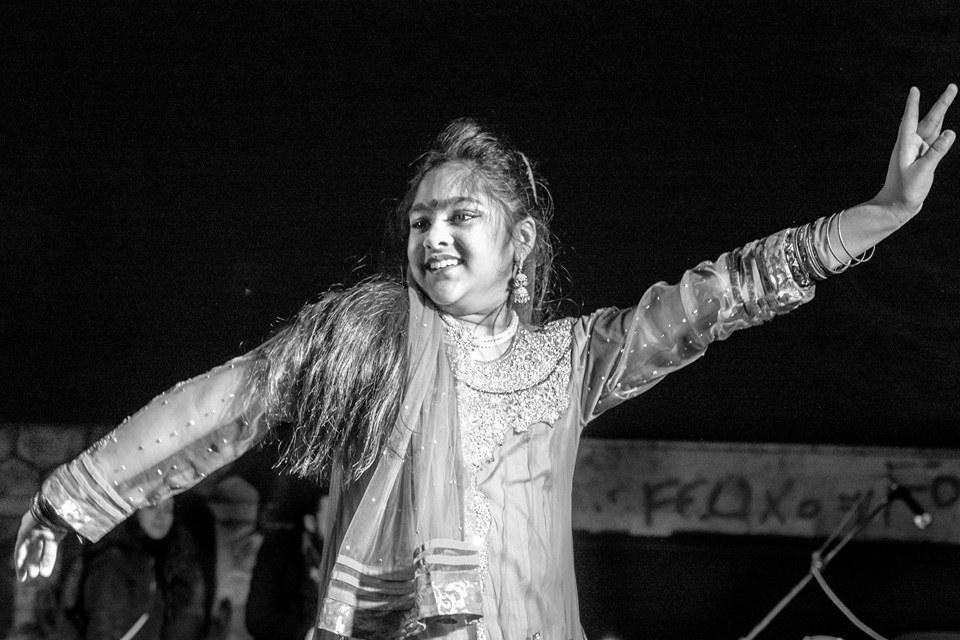 We are enabling citizens to local storytelling/performers with the Popular School of Torpignattara. We are building a new imagery that goes beyond both the manner exoticism is Italianism protectionist and defensive with KarawanFest film festival. 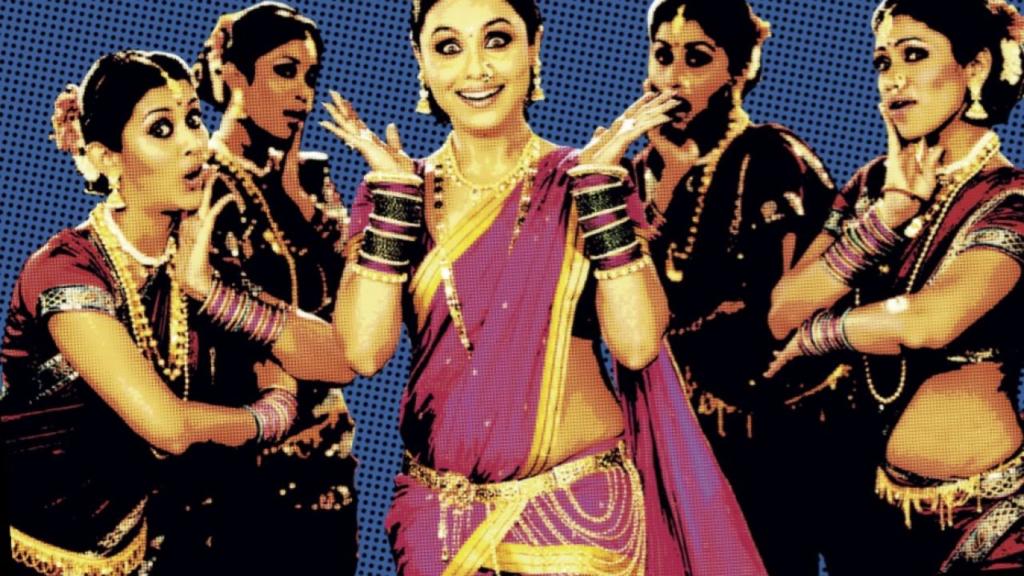 But many other cultures in this district are doing extraordinary things, all aimed at the promotion, interpretation, reconnection and recognition of the territory for what it is: an extraordinary kaleidoscope of wealth that unfortunately nobody ever hesitated to exploit. Thus, we ask, through this event, all this is recognized formally making a new District of Rome (Rione). We ask that it be permanently written black on white that Torpignattara played a decisive role in the democratic identity construction in the capital and is contributing to the construction of the intercultural aspect of contemporary Rome. 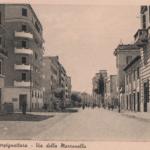 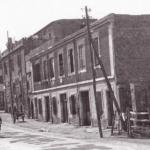 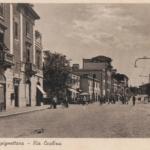 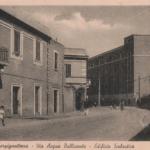 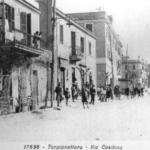 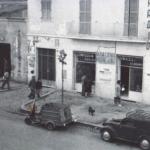 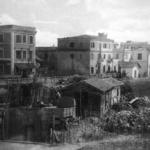 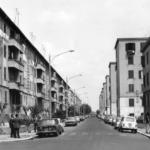 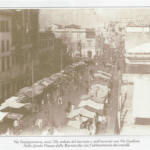 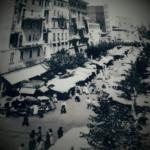 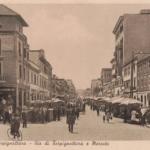 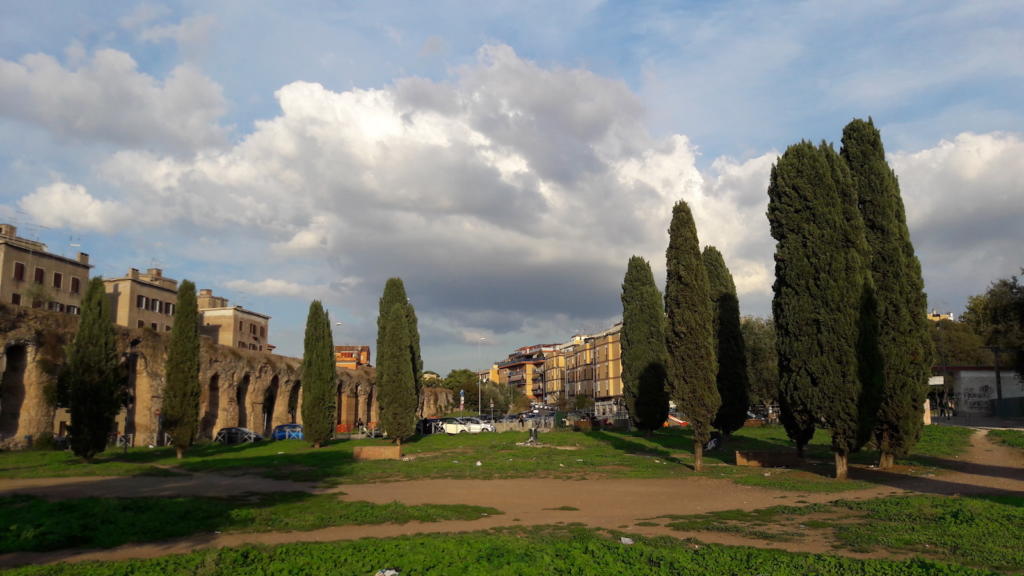 The Park Giordano Sangalli, is located in Viale dell’Acquedotto Alessandrino and is one of three public parks of Torpignattara district.

3) Among the various initiatives also a comic on a partisan of this neighborhood, can you tell us more specifically?
Giordano Sangalli is a war symbol of the neighborhood. A 17 year old boy who became a partisan and died far from home in defense of our freedom. He was a neighborhood boy, a young man like so many who made a radical choice, courage and selflessness. From our point of view it was vital to reconstruct the story and spread it as much as possible, especially to the younger generations. For this reason we have chosen the language of comics. 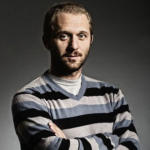 Thanks to Alessio Spararo (the famous cartoonist who also created the splendid Foosball published by Bao Publishing) we held a workshop. Alessio followed five boys by teaching techniques and rules of storytelling in comics.
Among these 5 he was chosen one that will realize the comic, under the artistic supervision of Alessio Spararo and with the expert advice of the historic Stefania Ficacci. The next April 7, 2017 we have planned the presentation of the work to the public.

4) What is your artistic relationship with the city of Rome?
It is an ambivalent relationship. Rome is extremely challenging and I think it produces some of the most interesting avant-garde in the national scene. There is great excitement from this point of view, unfortunately crushed by line a bit pompous dominant cultural that fails to intercept these innovative stimuli. From this point of view, the Rome City Hall V area is really a laboratory to be kept under observation. 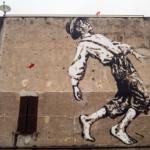 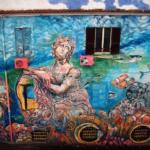 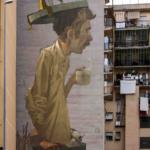 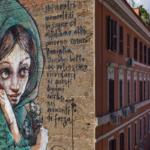 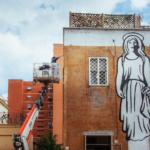 Here are 2 of the biggest open air museums of street art (Quadraro and Torpignattara), he is teeming with artists studios, off theaters, galleries, cultural events and experiments. Just living in this area as well